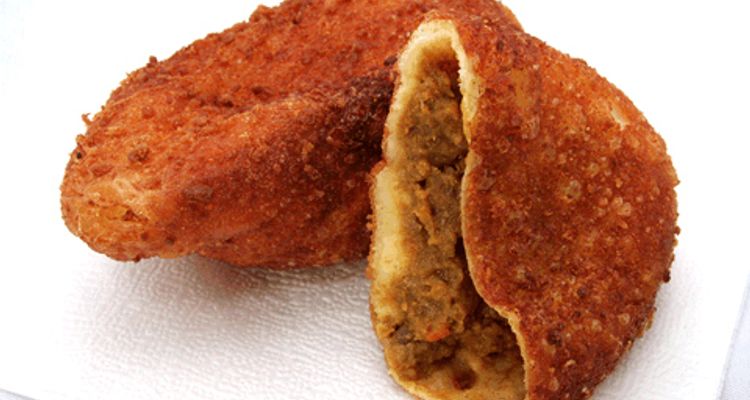 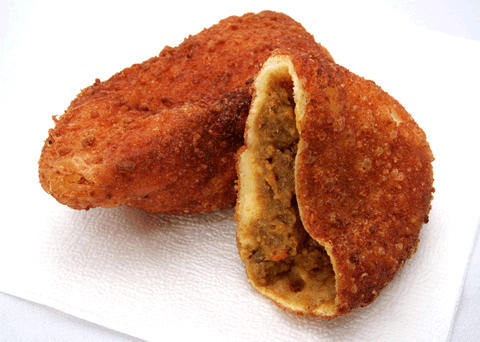 Have you ever entered a bakery in Japan? If you have, you might have noticed that there were a variety of arranged breads full of vegetables.

You might not even be able to recognize the ingredients. They are called “souzai pan (stuffed buns)” in Japan. “Pan” means “bread” in Japanese, and “souzai" is "side dish". So souzai pan is a bread full of Japanese side dishes. Here is a good example. Curry pan is one of the most popular souzai pan. It contains curry inside. It would probably be found acceptable by most people, but what about the following? Yakisoba is one of the Japanese dishes which foreigners love. Do you like it? It's super yummy.

Here is a surprising souzai pan for you! This is Yakisoba pan. Bread stuffed with noodles. Can you overcome the uneasiness that comes from pairing carbs with carbs? If you can, please try it! Many Japanese young people love this Japanese invention. If you have ever been to Japan, you should have already tried this soul food from Osaka! If not, the next time you come to Japan you should try it. Is there any need to put together takoyaki and bread? I am Japanese, but I'm not sure either...but they taste good. Have you tried this dish at a Chinese restaurant? It's Jiaozi, called gyoza in Japanese, a kind of dumpling.

Some Japanese people are crazy enough to create gyoza pan. (This souzai pan is kind of rare though.) What do you think this gyoza pan has inside? Some meat and vegetables? Actually, it contains a whole gyoza! Do you want to try it? Karaage is a kind of chicken nugget made with Japanese seasonings like soy sauce and ginger. This is also one of the Japanese dishes that foreigners love. (Among Japanese men, karaage is also very highly ranked.) We have karaage pan too! Please don't hesitate to try all of them if you get the chance!