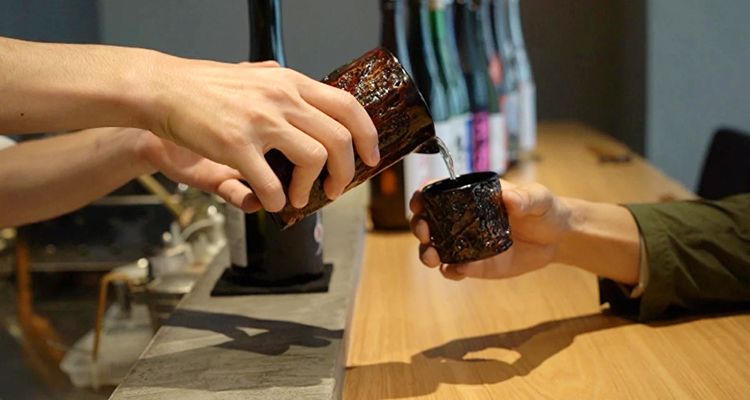 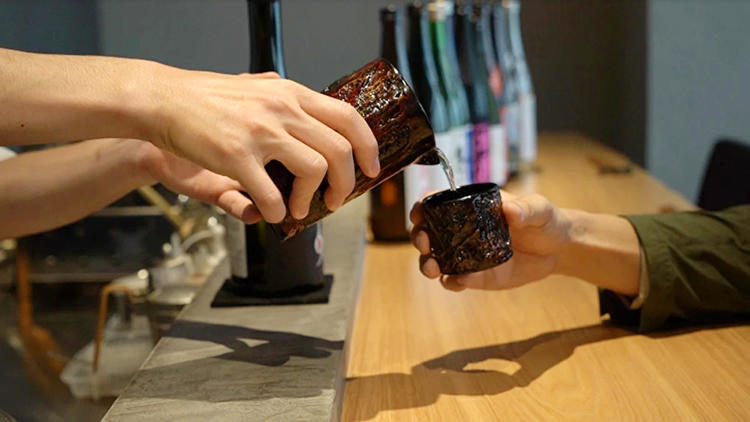 Japan boasts a large number of distinct traditional crafts. This article will introduce Ishikawa Prefecture's exceptional Wajima-nuri, formally designated as a Traditional Craft by the Ministry of Economy, Trade and Industry. This technique of creating three-dimensional lacquerware, which was already practiced as far back as 1,300 years ago, was brought to the modern age under the brand name "Nerikanshitsu" (kneaded/dried lacquer). It can only be performed by truly skilled artisans, and it has received numerous prestigious distinctions. It is definitely worth becoming familiar with this lacquerware; the more you use these items, the more you will come to appreciate and enjoy them.

The History of Wajimanuri Studio RAKU

A Love for Lacquerware Encoded in a Family’s DNA

Normally, Wajima-nuri lacquerware consists of several specialized steps: crafting the wood base, coating the wood with a base coating, then adding the middle coating and upper coatings. Rikio Hikimochi (above photo) is the head of Wajimanuri Studio RAKU, and is one of the very few craftsmen who can perform all of the steps, from the wood base to the final coating.

After 10 years of training, he began working independently, producing tools for Japanese tea ceremonies. For this, he won acclaim for his rustic, unpretentious style of creation. He has made a series of incense containers all based on the motif of life in the woodlands and developed his own thick-layered form of lacquerware: “Nerikanshitsu,” a RAKU original.

His son, Kazuyori Hikimochi (lower photo), was an apprentice of Tatsumi Nuno, who runs a store in Nanao producing Buddhist altars, and here he learned a wide range of skills. He returned to RAKU in 2017 and began crafting there.

Skilled not just in lacquering but also in applying gold leaf as well as in restoring temples and shrines, Kazuyori has undertaken the responsibility of repairing the coating (lacquer and foil) of the Kohodo Hall of the nearby Sojiji Soin Temple.

A Bowl That Turns Moss Green With Time

Using their unique Nerikanshitsu technique, Studio RAKU has developed KOKEMUSU products, which represent the mossy rocks and trees in the woods of the local Noto Peninsula.

In KOKEMUSU, there is a layer of green lacquer hiding beneath the final scarlet coating, and as time passes the beautiful green slowly appears, a delightful surprise hidden in a lacquer bowl (“Kokemusu” is a word meaning “to become covered in moss”)! In addition to its artistic merit, this product is also enormously practical due to the numerous qualities of lacquer: it feels smooth against the lips, it has sterilizing properties, it’s light yet sturdy, and it keeps ice from melting quickly.

In addition, compared to most other lacquerware, these products fare well in the sorts of dry environments that exist overseas, so those living abroad can rest assured that these products will serve them well for many years.

A Note for Potential Customers

A Joyous Item That Connects You to Japanese Tradition

Overseas, the term “Japan-ing” is used to refer to a type of lacquer finish, and Wajima-nuri in particular is a particularly well-known style of Japanese lacquerware.

Wajimanuri Studio RAKU is constantly searching for the new possibilities and joy embedded in lacquer and seeks new ways of connecting the tradition with the next generation, both domestically and abroad. Not only do they produce regular cups and sake cups, but they also create art panels that liven up room interiors that you can cherish for life.

KOKEMUSU changes with time, and it will essentially grow older by your side, shifting its complexion over the years. Lacquerware are items that you can live with and cherish throughout your life.

“A cup that turns mossy green with time.”

Nerikanshitsu® brings the 1,300-year-old technique of three-dimensional lacquerware to the modern age. This product represents the mossy rocks and trees in the woods of the local Noto Peninsula. As you keep using this cup, the lacquer coating slowly turns into a beautiful shade of moss green, as if by magic!

While it may look heavy at first glance, this cup is actually extremely light and feels smooth against the lips. It is sturdily made so that it avoids shattering in dry climates, making this an excellent gift item!

“The magic of turning mossy green over time.”

This is the precious, complete set of art panels featuring Nerikanshitsu®, which brings the 1,300-year-old technique of three-dimensional lacquerware to the modern age. It contains a secret property: over time, the lacquer coating slowly turns into a beautiful shade of moss green, like a living being growing and changing.

Nerikanshitsu is sturdily made, so unlike other lacquer products, it rarely shatters in dry climates. This creation can be a life companion that you cherish for years!