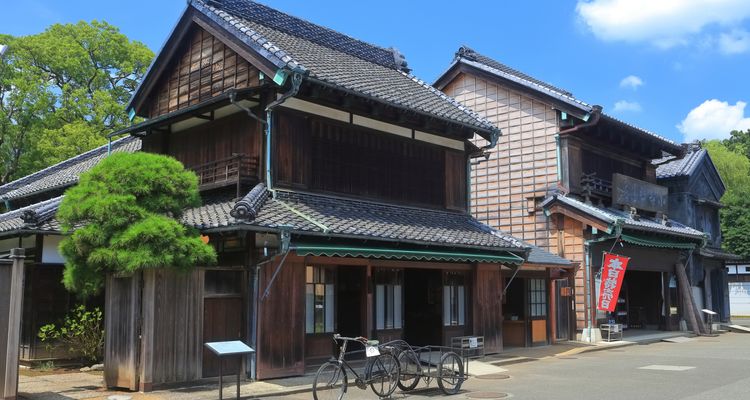 Located in Western Tokyo, the Edo-Tokyo Open Air Architectural Museum features a wide collection of historic Japanese buildings. The collection features a number of historically and culturally important buildings that have been relocated from all over Tokyo to tell the story of life in Japan during times gone by. The museum’s buildings date from Japan’s Edo period (1603-1867) through to the Meiji period (1868 - 1912) and up until the mid 20th century. Read on to discover all about the Edo-Tokyo Open Air Architectural Museum and the wide range of the beautifully preserved buildings on display.

The Edo-Tokyo Open Air Architectural Museum is set within an area of Koganei Park, around 40 minutes from central Tokyo. Opened in 1993, the museum originally had only 12 historic buildings on display. Today there are over 30 buildings in the museum’s collection that date from as far back as the late Edo period up until the 1940s.

Due to the rapid pace of urban development in Tokyo, many of the city’s historic buildings face the threat of demolition. Over the years a huge amount of Tokyo’s historic buildings have also been lost through earthquakes, fires and the damage caused by the Second World War. The aim of the Edo-Tokyo Open Air Architectural Museum is to preserve architecturally significant historic buildings that might otherwise have been lost. By relocating so many important buildings into the museum, visitors today can see how people lived, worked and even spent their leisure time generations ago.

The Edo-Tokyo Open Air Architectural Museum is spread across three zones: the East Zone, West Zone, and Center Zone. Each zone represents a different era and style of Japanese architecture.

The Center Zone features a number of culturally and historically significant homes and ceremonial buildings. In the West Zone are a number of grand Japanese homes built across several centuries, whilst in the East Zone is laid out in the style of a typical downtown area of the late 19th or early 20th century, featuring a wide variety of buildings, including houses, shops, bars, and even a public bathhouse.

The first area that you come to when entering the Edo-Tokyo Open Air Architectural Museum. Here are some of the most important buildings located inside the Center Zone.

The entrance to the Edo Tokyo Open Air Architectural Museum is located in the Center Zone. The museum’s visitor center that stands at the entry to the museum was originally a ceremony hall called Kokaden that was built to stand outside the Imperial Palace in 1940. The hall was used as part of the celebrations to commemorate the 2,600th anniversary of the appointment of the first Emperor of Japan. In 1941 the Kokaden hall was relocated to Koganei Park and now serves as the entrance to the Edo-Tokyo Open Air Architectural Museum.

The Jisho-in Mausoleum is one of the oldest buildings in the museum’s collection, dating from 1652. The mausoleum was built to honor Ofuri no Kata, a concubine of the “shogun” military ruler Tokugawa Iemitsu and originally located in what is today Shinjuku. The Jisho-in Mausoleum has been declared a Tangible Cultural Property by the city of Tokyo.

The former home of Korekiyo Takahashi, a politician who twice served as the Prime Minister of Japan, was built in 1902. The building is constructed entirely of wood from a specific type of hemlock tree native to Japan. The mansion was one of the first houses in Japan to feature glass windows and was originally located close to the State Guest House, Akasaka Palace. As well as becoming Prime Minister, Takahashi also served as the head of the Bank of Japan and the Ministry of Finance but fell foul of an attempted military coup in 1936, when he was assassinated on the second floor of this house.

The museum’s West Zone features a number of beautiful buildings in both traditional Japanese and Western architectural styles.

The Residence of Hachirouemon Mitsui is a stylish Japanese mansion. Originally built in Kyoto, the house was relocated to the Azabu Area of Tokyo after the Second World War. As the home of a supremely wealthy family, the mansion’s interiors feature decorative wall paintings, gold fittings, an impressive collection of Western furniture and a large modern kitchen.

Built in 1942, this is one of the youngest buildings in the Edo-Tokyo Open Air Architectural Museum. Kunio Maekawa was a Japanese architect who designed and built this house in the Shinagawa Area of Tokyo as his own family home. A modernist architect, Maekawa designed the house in a traditional Japanese style at a time when there were limitations on the availability of building materials during the Second World War. This house has since been designated as a Tangible Cultural Property by the Tokyo Metropolitan Government.

・House of Okawa in Den-En-Chofu

Den-en-chofu is a high-end residential area of south west Tokyo and is a popular place to live for the rich and famous. The House of Okawa was built in the area in 1925 which was largely unscathed by the Great Kanto Earthquake. The house was designed and built in the style of a Western suburban home and featured no Japanese-style rooms at all, something that was considered highly unusual at the time.

Most of the museum’s East Zone is laid out in the style of a typical downtown area. Such areas were a common sight in Japan from the early 20th century through to the Showa era (1926 - 1989). The East Zone features several shops and other commercial properties that have been relocated from all over Japan. Here are a few of the relocated buildings inside the East Zone.

The Kodera Shoyu Store is a beautiful example of a merchant’s house and store from the early Showa era. The front of the ground floor served as a shop selling soy sauce, soybean paste, sake and other liquors whilst the rear and upper floors were used as the family home. Standing next to the store is a beautifully preserved traditional store house.

The Hanaichi flower shop and Takei Sanshido stationery store are located side by side in the East Zone just as they originally were in the Chiyoda Area of Tokyo. Both were built in 1927 following the Great Kanto Earthquake and feature a flat facade on the front of the building known as the signboard style. This style of architecture was common in Japan during the early Showa era.

The former Kagiya Izakaya was a popular bar formerly located in Tokyo’s Taito Area. Built in 1856 the interior of the Kagiza Izakaya is laid out how it would have looked in around 1970. The building is constructed almost entirely of wood and managed to survive the Great Kanto Earthquake and the bombing and fires that destroyed much of Tokyo during the Second World War.

The copper-clad Maruni Shoten kitchenware store is one of the most distinctive buildings inside the museum’s East Zone. Built in Tokyo’s Jimbocho Area in the early Showa era, the store located at the front of the ground floor sold all manner of daily necessities, including kitchenware. Living areas would have been located at the back of the ground floor as well as on upper floors. The use of copper paneling on the exterior of the building was common at the time as a way to reduce fire damage.

One of the most impressive buildings in the entire museum is Kodakara-yu, a former sento, or public bathhouse, built in the Adachi Area of Tokyo in 1929. Capped by a high gabled roof the bathhouse features a gorgeously decorated interior, including beautifully tiled floors and walls and a wooden lattice ceiling. The highlight of the bathhouse’s interior is the large painted pastoral scene of Mount Fuji above the communal baths.

With over thirty important historic buildings relocated from all over Tokyo, the Edo-Tokyo Open Air Architectural Museum is a wonderful place to discover more about Japan through the ages. Featuring a number of culturally significant former homes, shops and public facilities, the museum is the perfect place to take a journey through the history of Japan.