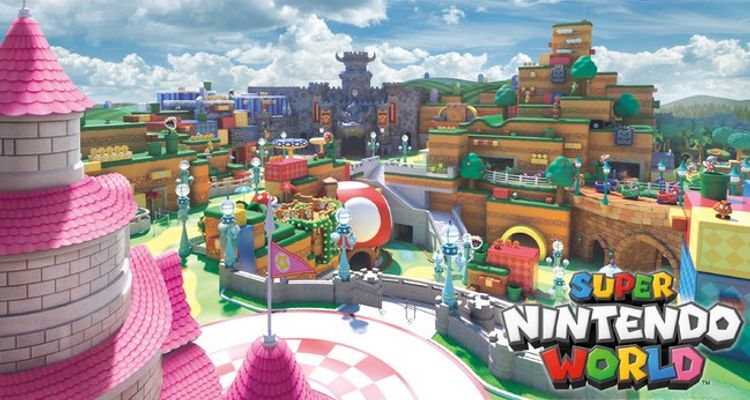 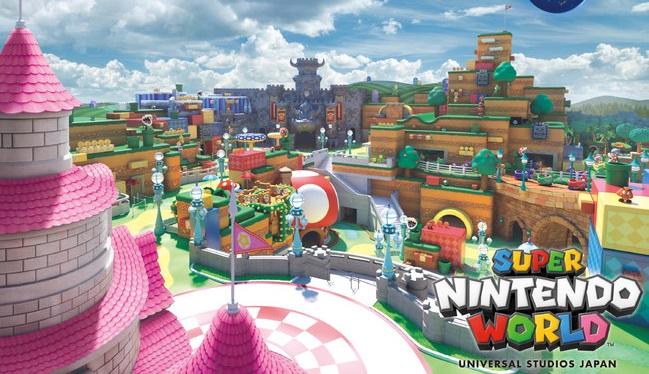 After months of delay, the news that all video game lovers were probably waiting for has finally been announced! Japan is ready to leave us all speechless with its newest nerdy addition: a video-game-themed park! Starting February 4 2021, it will be possible to enter the world of our childhood-favorite Nintendo games at Universal Studios Japan’s brand-new Super Nintendo World area! But what does this exciting video-game-themed attraction actually include? Read on to learn more!

According to the details that have been released so far about the attractions and rides at Super Nintendo World, fans should expect lots of fun Super Mario references. In fact, you’ll find a super-realistic Mario Kart, a Mushroom Kingdom, and even Peach’s Castle and Bowser’s Fortress!

If that’s not already pretty cool, Super Nintendo World was also created with an extra-special level of play. You’ll be able to wander around the area and experience it in the most interactive way possible, thanks to customized wearable wristbands (called power-up bands) that are linked to an app. This allows you to connect to dozens of Nintendo items throughout the land, collect coins and stamps (exactly like in Super Mario), and much more! Since interactivity is the keyword at Super Nintendo World, you’ll find yourself punching the iconic question-mark blocks, traveling through Mario’s world while riding on the back of the dinosaur Yoshi, and experiencing many challenging Nintendo-style adventures.

If You Can’t Wait for Super Nintendo World to Open, Visit the Super Mario Cafe and Store First

A few more months separate us from the opening of the Super Nintendo World, but for those who can’t resist the allure of Nintendo’s video games and characters, there's good news. We will be able to take a sneak peek of Universal Studios Japan’s new area thanks to the Super Mario Cafe and Store, which opened on October 16 in the existing Hollywood area of the park. The store features the familiar Super Mario colors and motifs, such as Mario and Luigi’s hats, mushrooms, clay pipes, and question-mark blocks.

The Super Mario Cafe won’t disappoint you even on the food front, with a wide range of social media-worthy themed dishes and drinks. Have a bite of Mario’s edible cap (which is actually a skillfully designed strawberry-shortcake pancake), recharge your energy with your favorite soft drinks from the Super Mushroom cups, or grow a pair of Mario-style mustaches while sipping your strawberry cream soda. If this isn’t enough, note that the cafe will sell some unique Super Mario goods that can’t be found anywhere else in the world.

At the brand-new Super Nintendo World, our childhood dreams of being part of a video game will turn into reality!