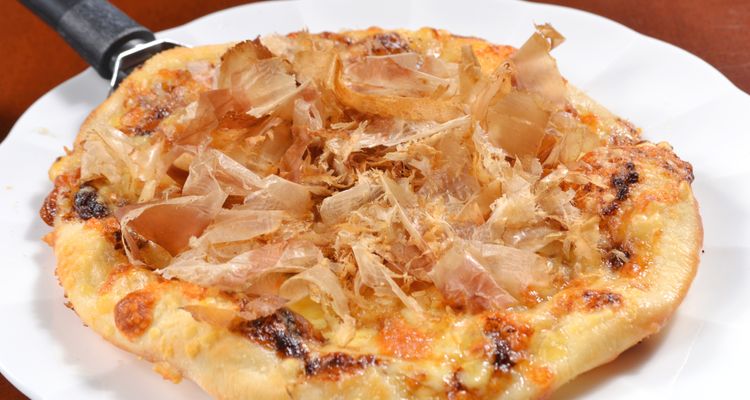 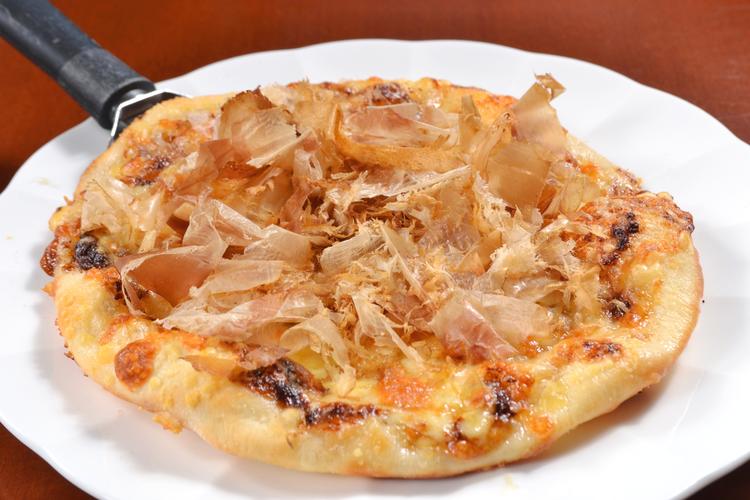 Pizza - a food known and loved by many all around the world. Everyone knows pizza can come in many different forms. While there may be some arguments about what toppings to add, no one can deny that there's a wide variety of possibilities for what can go on a good pizza. So, here's a list of some unique Japanese-style pizza toppings and pizza variations. Which ones have you tried, and which ones do you want to try?

When it comes to pizza toppings, the world is your oyster. Want pepperoni? Throw it in! Just plain cheese? That's great, too! Or even pineapples? Do it! But in Japan, there are many pizza toppings that might surprise even some of the most knowledgable pizza fanatics out there.

First up: corn! For some, this seems like a perfectly normal topping. It's sweet, it goes on salad, it has a nice texture, what could go wrong? But for some others, they might be thinking that corn doesn't have a place on pizza!

It's actually an extremely popular topping on pizzas in Japan, though! You can find corn on a big chunk of menus in pizza shops. Give it a try if you haven't had it before!

You probably know this paste from the miso soup that comes with your food at Japanese restaurants. It's salty, with a really great kick of umami flavor from the stock.

It's one of the staples of Japanese cooking, so it's no surprise that it's made its way onto pizzas. That slightly salty flavor can only enhance the overall flavor of delicious, melted cheese and crispy, grilled bread. It's a definite must-try!

Mentaiko, or spicy pollack roe, goes together beautifully with white rice. It's added into a variety of other dishes as well, like pasta, but it's a great addition to pizza, too!

It can be spread out on the pizza dough just like tomato sauce, or even mixed up into a sauce to squeeze over on top.

Mushrooms are not an uncommon sight on pizza, but have you tried it with Japanese mushrooms, like shimeji and maitake?

You'll be surprised at how different pizza can taste by just changing the type of mushroom you choose to top it with!

Shirasu are small, white anchovies that are also used in a variety of Japanese cuisine. You can find it in sushi, Japanese-style pasta, on top of a bed of rice; you name it!

You can also find chirimen (dried shirasu) as a topping option for your pizza. Natto, or fermented soybeans, is a classic, traditional Japanese health food that has a distinct texture and flavor.

It has a sticky, slimy texture, and a very unique smell - but don't be put off by that! Once you get into it, you'll be hooked on its flavor. And, surprisingly, it matches really well with cheese!

If you travel to Japan, you might notice that mayonnaise comes in or on a lot of dishes. There's even a word used to refer to people who love mayonnaise so much, they carry a tube of it around with them in their bag: マヨラー (mayora)!

You'll find that this applies to pizza, too. It's added to a lot of dishes, both in the base or squeezed out on top. If you're not a mayora (mayonnaise lover) already, you might be converted into one after a bite of this!

Perilla leaves have a slightly minty, fresh flavor with a unique texture. They're comparable to herbs that you commonly see in the West, so they're not all that strange if you think about it!

They're chopped into thin slices as garnish, or even used as an alternative to basil in margherita pizza.

Bamboo shoots are commonly used in many dishes, especially in the fall. They have a satisfying crunch when you bite into them, so they might be an exciting addition to your pizza!

Paired with other typical fall ingredients like mushrooms, you can't go wrong with this flavor combination.

Teriyaki chicken is a popular dish in many Japanese restaurants abroad, but it's not actually as common as you would think in Japan.

It's a really rich topping for pizza, with plenty of sweet and salty sauce to accompany it!

Forget about pepperoni and chicken for a second. Have you ever thought about adding in grilled beef slices on pizza?

It's amazing on its own, and it's great with a bowl of steaming white rice... Now try it on pizza!

Mochi is made with sweet rice flour, and you probably know it as a sweet dessert that's stuffed with sweet red bean paste. Since it has a delightful springy texture, many Japanese people enjoy eating it in a variety of other dishes too, like in hot pot, in a special soup for New Year's, or simply grilled.

Although not quite as common as many of the other toppings, it's a must-try for all the mochi lovers out there!

There are other ways to change up pizza aside from toppings. One popular example is cauliflower pizza crust, a healthy spin-off of your typical pizza. Japan has many clever pizza variations, too!

Abura-age is deep-fried tofu that is often eaten in miso soup, side dishes, or stuffed with rice. Abura-age pizza is easily made by topping this fried tofu with pizza toppings, then putting it under the grill!

It's super simple to make, so you can try it at home, too! An amazing option for those going gluten-free.

Mochi was mentioned as a topping earlier on in this article, but why not replace the pizza dough with it as well?

Flatten it out, top it up with yummy goodies, and stick it in the toaster oven! Mochi tends to puff up a bit when placed under heat, so it'll have a really nice, crispy texture!

Why limit it to just purely flour-based doughs? If you're craving pizza flavors, but all you have is rice at home, no need to fret! Just lay it out flat and put any pizza toppings you want, and you'll have a super tasty rice pizza.

If you feel like changing up your everyday pizza, definitely give this one a go!

Do you have any gyoza (dumpling) skins left over after a gyoza-making party? Not sure what to do with them? Spread them out and make a pizza!

You can make small, individual pizzas with them too for a quick bite!

Pizza toast is a popular breakfast in Japan. All you need is some cheese, bread, and any other toppings, so you don't need to worry about making pizza dough.

It makes for a quick and simple savory breakfast that'll scratch any pizza-craving itch!

And to wrap it up, dessert! Dessert pizzas can come with all sorts of toppings. Anything you see on a dessert, you can probably find on a dessert pizza.

Some examples are ice cream, any fruit available out there, and marshmallows. Try ordering a slice to finish up your meal of savory pizza!

See any interesting toppings or pizzas that you want to try? There's so much variety, and so many different flavors and textures to explore in Japanese-style pizza. Make sure to try some when you have a chance!