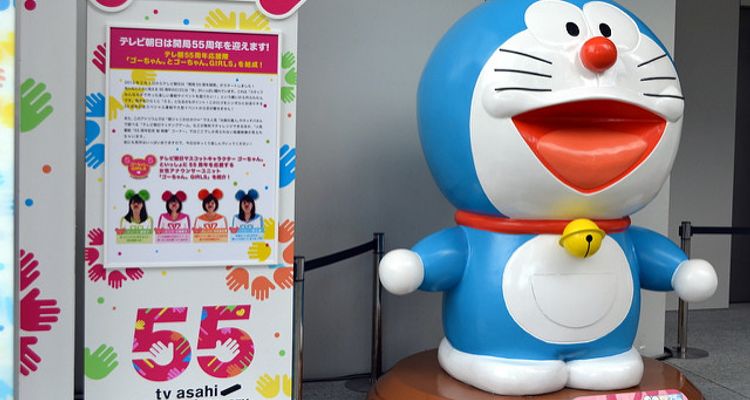 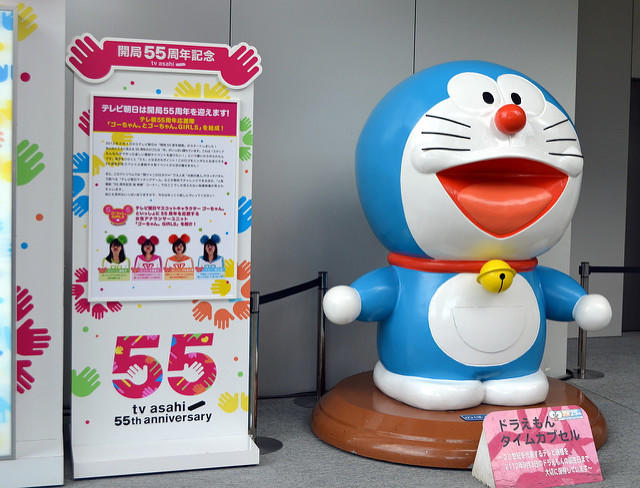 If you're visiting Japan or about to visit Japan, you might be a little tired of only hearing about historical tourist spots like temples and shrines and famous shopping areas. If you want to try something a little different (that you don't have to pay for), you can try visiting a Japanese TV station. Even if you aren't familiar with the shows, you'll still find something to do! If you're around Roppongi Hills, try visiting TV Asahi.

What is TV Asahi? Roppongi Hills is one of the best examples of a city within the city. Opened in 2003 in the heart of Tokyo's Roppongi district, the building complex features offices, apartments, shops, restaurants, a hotel, art museum, observation deck and more. The office floors are home to leading companies from the IT and financial sectors, and Roppongi Hills has become a symbol of the Japanese IT industry.

At the center of Roppongi Hills stands the 238 meter Mori Tower, one of the tallest buildings in the city. While most of the building is occupied by office space, the first few floors have restaurants and shops and the top few floors house an observation deck and modern art museum that are open to the public.

What can I see and do there? The TV Asahi building is located WITHIN the Roppongi Hills complex. If you are planning on going, make sure you don't leave the Roppongi Hills area, because there are several TV Asahi annexes within Roppongi. Those are not the main building, and you probably won't find anything of interest there, so be careful!

The exhibit "hall," which is actually the lobby of the building, is where all the attractions are located. The exhibits change out often, but the general rule of thumb is that most of them will be for kids, as Doraemon - one of Japan's best loved anime characters - is a TV Asahi trademark. One of the permanent exhibits is a replica of Nobita's bedroom (the main character from Doraemon besides Doraemon itself) and "artifacts" from the set.

The lobby also features parts of sets from popular variety shows on the network, as well as promos for currently airing dramas and shows. Depending on the time you go, the exhibits might have more to offer than other times. No matter what is on display, though, the lobby offers an interesting glimpse into popular Japanese television. There may also be public workshops that visitors can join without advance registration. When I went, for instance, there was a workshop where visitors could decorate country flags for the upcoming World Cup. There was no registration necessary; you could just drop in and out whenever you wanted. Even if you don't know anything about Doraemon, it's still fun to pose with its giant statues. Like the other TV station stores, the TV Asahi shop is full of goods related to the network's shows and dramas. You can also buy several goods with the network's mascot, the Goexpanda, who was created by the original artist of Hello Kitty.