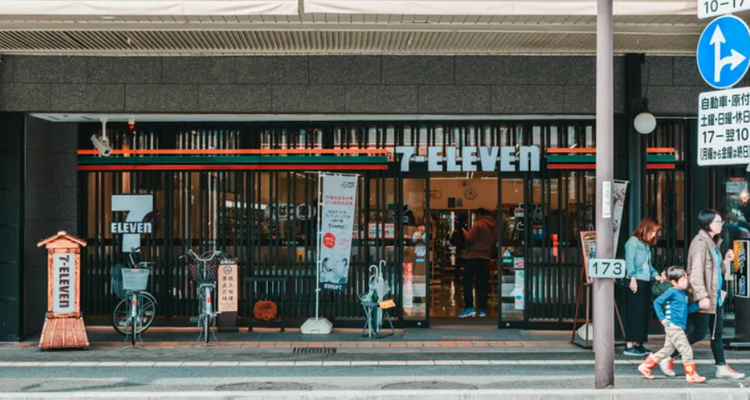 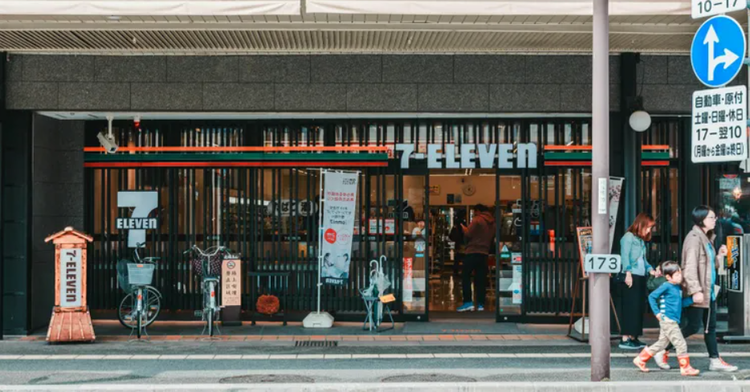 Top 3 Instant Cup Noodles at 7-Eleven in Japan - See Which Instant Ramen is Most Popular With Japanese People!

Japanese convenience stores are known for their phenomenal high quality, and have received global praise for their incredible convenience, stocking anything you might need in your daily life at any hour of the day, from a myriad of top quality fresh food and drinks, to luxury items like alcohol and cigarettes and daily necessities. This has made them essential to the Japanese people's everyday lives. 7-Eleven is especially popular among the many major chains in Japan, having reached the top of the sales chart each year. They regularly announce popularity rankings for products under their original Seven Premium brand, and in this article, we'll introduce the top 3 items in the cup noodles category! In recent years, Japanese cup noodles are continuously coming out with high-quality instant noodles that even hold their own with ramen specialty shops. They've been gaining many fans both within and outside of Japan for their impressive flavors, so you're probably curious to see which products sit at the top of the cup ramen throne!

Around May every year, 7-Eleven Inc. releases a popularity ranking of their best-selling products under their private brand. This ranking is referred to as the Seven Premium "General Election". Consumers can place votes for their favorite products in various different categories, such as snacks, ice cream, and frozen foods, but this article will focus on the cup noodles category. Cup noodles at 7-Eleven particularly stand out as they are jointly developed with ramen shops that are famed across Japan, and they have ingeniously reproduced the authentic flavors of the ramen shops to surpass anything that you would have imagined from any cup noodles you've had thus far. Now, let's take a look at the top three cup noodles!

■ 1st Place: Mouko Tanmen Nakamoto - A Delicious Umami Produced by a Super Shocking Kick of Spice Combined with the Sweetness of Vegetables

Coming in at first place is the collaboration item between 7-Eleven and Mouko Tanmen Nakamoto, a ramen franchise based in Kami-Itabashi, Tokyo. This product was first released in 2008, and it still remains popular even now as one of the top items among many best-selling products in the Seven Premium lineup. Tanmen usually refers to ramen made with a salt-based seasoning and packed with lots of vegetables, but the soup for Mouko Tanmen Nakamoto is unique in that it is miso-based. It's a delightful product in which, in addition to the strong spices, you can enjoy both the umami of the miso and the fragrant vegetables at the same time.

The seasoning oil packet that comes with it is a special sauce that's meant to amplify the heat; you can adjust the spice levels with the amount of oil you add in, so you can pour it all in if you're good with spicy food, or you can even choose to leave it out entirely if you're not a fan of spice. Either way, it'll taste delicious! You might even want to consider adding in just a little if you're craving just a bit of spice. We decided to just dump it all in - go big or go home, right?

In addition to bites of cabbage, carrot, and ground meat, it also comes with small cubes of tofu, and the miso soup base is amazing as well. When you take a sip, your senses will immediately be hit with the rich, fragrant flavors of miso and the sweetness of the vegetables. You'll then get a sensation of shocking heat from the red peppers that will linger on your tongue, but it's not an unbearable level of spice. With the addition of the sweetness from the vegetables, the spiciness doesn't take away from the taste. It has a really great balance of flavors with just the right amount of spice to keep it tasty.

Once you try this, you'll soon understand why it was voted as the best product. The umami and heat both dance around on your palate, pulling you in for another sip with each sip that you take - a truly addictive taste with a deep, rich flavor. People keep coming back again and again for this cup noodle, which could likely be the reason behind its number 1 spot in sales.

In recent years, "choi-tashi", in which you add a simple ready-made item to a product to change up the dish and enjoy a different flavor, has become very popular. It's completely fine if you want to eat it as is, but we decided to add a little something to it. We ended up choosing some sliced cheese, which you can easily buy at any supermarket or convenience store. We recommended the type that melts when it's heated up.

Place a sheet of sliced cheese on top of the noodles, pour boiling water over it, wait 5 minutes, and it's finished. The cheese reduces the spice while boosting the amount of umami, resulting in a mild flavor. Miso and cheese are both fermented foods, so it goes without saying that these two paired together really well. If you're not too great at handling spicy foods, you might want to try "choi-tashi" too!

■ 2nd Place: Sumire Sapporo Noko Miso - A Rich Miso Ramen That Has Even Received a Stamp of Approval From Authentic Ramen Enthusiasts

In 2nd place is the miso ramen by Sumire, a ramen shop from Sapporo, Hokkaido. This product was released in 2012 and appeared under the Seven Gold label, Seven Premium's most prestigious product lineup. Like the Mouko Tanmen Nakamoto introduced above, this has a miso-base soup.

It might look simple at first, but the flavors are very deep and profound. The soup, which emits a nice, mellow fragrance of miso with a hint of sansho (Japanese peppers), is particularly worthy of mention. Take a sip of this slightly gooey soup and the aroma and umami of miso will fill up every corner of your mouth, while leaving a super refreshing aftertaste. Even though it seems very rich and concentrated, the addition of sansho makes it so that the flavors aren't too overpowering and strong.

The noodles are non-fried, resulting in a smooth and chewy texture that is very similar to the authentic raw noodles at the shop, and the liquid soup packet elevates the flavor, making you forget that you're even eating instant noodles! It has received high praise for its impressive success in recreating the flavors of a restaurant dish that you can enjoy at home. You can even go as far as to say that you won't find cup noodles with such high quality anywhere else. If you're a big miso fan, you'll definitely want to give this one a try.

■ 3rd Place: Ippudo Akamaru Shinaji Hakata Tonkotsu - A Creamy Tonkotsu Soup That Will Have You Licking Your Bowl

It comes with packets of soup powder, liquid soup, and dried toppings (grilled pork, wood ear mushrooms, and wakegi (a crossbreed between leek and onion)), as well as spicy miso and black oil to top it off at the end. Add the soup powder, pour in the hot water, and wait 3 minutes.

When it comes to tonkotsu ramen, some people may shy away from it, immediately thinking of the distinct smell of the soup. However, this ramen manages to keep this smell to a minimum while recreating the orthodox flavor of tonkotsu ramen. The soup is extremely delicious with a fantastic, mellow flavor. With the addition of the slightly bitter black oil and spicy miso, the clear flavors of the soup become rounded out with a nice degree of bitterness and spice.

The thin, non-fried noodles have a great amount of firmness to them, and have been carefully made to taste exactly like the noodles served at a ramen shop, with a distinct flour-like flavor that is characteristic of tonkotsu ramen noodles. If you like firmer noodles, you may want to adjust the waiting time after you pour the hot water to between 2 to 2 minutes and 30 seconds instead of 3 minutes. When eating tonkotsu ramen, it's common to adjust the firmness of your noodles to your own preference, so it only makes sense that this option should be available for the cup noodle version as well. As it's odorless and very easy to eat, this cup noodle is one that would be easily accepted by the masses, which is likely the reason for its position in third place.

■ The Same Cup Noodle Ranking Results 2 Years In A Row!

The rankings for the cup noodle best sellers of 2019 were unaffected, and remained the same as the previous year. Even though a whole year has passed, the top 3 spots have stayed the same, as any worthy new challenges have yet to step up to the plate. The 1st place winner, Mouko Tanmen Nakamoto, has been out on the shelves for 10 years, but it's continued to stay at the top many years in a row! The 2020 "general elections" are just around the corner, and we're really excited to see what products will take the top spots!