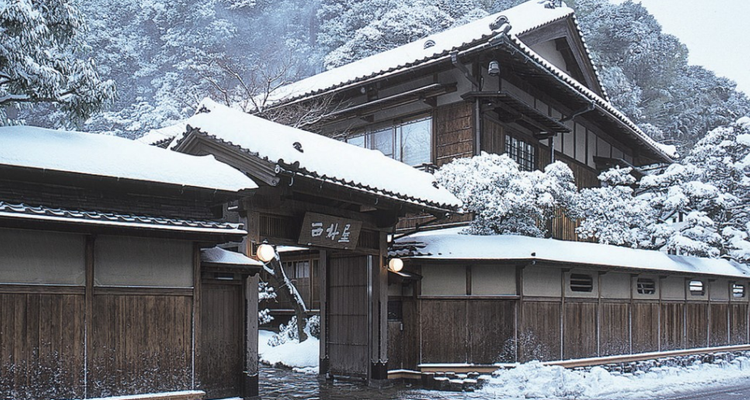 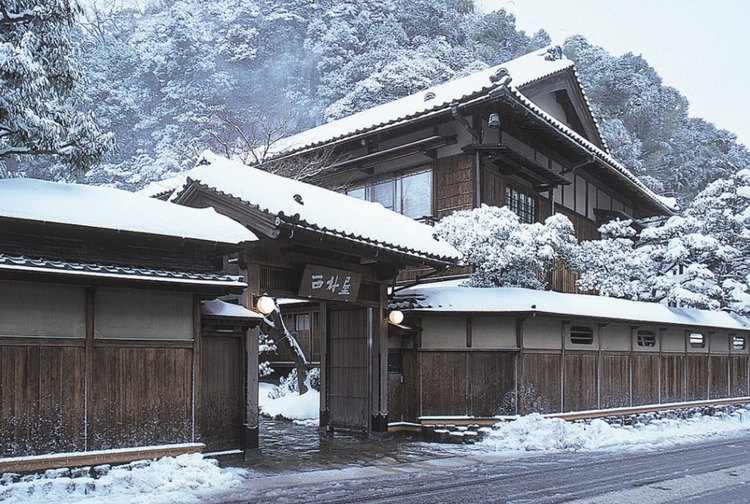 Top 20 Japanese Inns With More Than 100 Years of History

Get to know the top 20 100-year-old Japanese Inns voted by travelers.

We know Japan is a country with a long history. But do you know that some local inns have more than 100 years of history?

TripAdvisor Japan recently released its top 20 Japanese Inns with more than 100 years of history.The ranking is based on the real experience by travelers who left their reviews on TripAdvisor. This list is among the annual surveys conducted by TripAdvisor.

So, let’s us bring you virtually to these accommodations and see what travelers have to say about them. Located in one of the cities famous for hot springs, Hotel Yagi has been established for about 130 years. Its services include in-house onsen and a restaurant that prepares delicious traditional Japanese cuisines. Hotel Yagi provides both Japanese and Western styles rooms.

Simoncpitt from Australia described his stay here as having “excellent cuisine and a relaxing onsen experience”. Established in 1900, Entaijiso has hosted many famous people including the only Japanese recipient of the Nobel Prize in Literature, Yasunari Kawabata. Located in the valley of Kurobe-Kyoukoku, the hotel stands at a great position to have astonishing views of the mountains and the Kurobe River. Like most ryokan, Entaijiso provides in-house onsen and a restaurant that serves Japanese cuisine using fresh seafood from the nearby Toyama Bay.

A guest from the United States known as Mandajay said the hotel was an “interesting hotel from a bygone era”. Located in the calm inland sea of Noto-hanto, Nanao Bay, Hotel Kaibo was founded in 1890. It stands facing the beach with exceptional views of Wakura Onsen Village. The rooms featured tatami floors and the Japanese futon bedding is included. Although the hotel does come with onsen, Hotel Kaibo is rather strict on tattoos. So, for those who have tattoos but would want to try the onsen, make sure you consult with the hotel first.

A guest from Japan with the name thejetsettress described her stay as “prefect relaxation with great Japanese food”. Established in 1803, Tamatukuri Grand Hotel Choseikaku has a role to protect the hot spring of God during its early days. Today, it is a luxury hotel that promises to give its guests the best onsen experience.

A traveler based in Japan, Hong An D said, “Choseikaku onsen is a beautiful hotel with excellent service.” A local inn that has almost 600 years of history, Tokinenoyado Yunushiichijo is located in Kamasaki Onsen Village, southern part of Mount Zao. It was established in 1428 and is said to have been inherited for 20 generations so far.

Kamasaki Onsen Village was discovered more than 600 years ago by a local resident. Since then, Kamasaki Onsen has been well known as a therapeutic spa for its efficiency in healing external wounds in the Tohoku Region. The onsen water of Kamasaki is rich in minerals, leaving skin refreshingly hydrated.

TanSS from Singapore said, “This is one ryokan you come for the food and service, and visit to the Onsen is an after service.” First established in more than 300 years ago, Shima Yamaguchi-kan has never let time to torn away their long-standing good services. The inn is located along a stream where you could have a fantastic view of the natural forest from their in-house open–air onsen.

A traveler from Australia with the nickname 2RS001 has described the inn as “Beautiful traditional ryokan with an amazing onsen by the river”. The founder of Nishimuraya Hotel Shogetsutei was the local administrator of Kumihama during the end of Edo Period. He opened the inn about 150 years ago and it has since become the hotspot to rest and relax among the locals. It is located in Kinosaki Onsen, a famous hot spring town which was discovered about 1400 years ago.

737shannon001 from Canada said it was an unforgettable stay in Nishimuraya Hotel Shogetsutei. She added that, “It is really magical and a walk back in time. The hotel is lovely and serene and the attention to detail is apparent throughout.” This strange foreign themed hotel is located in the famous Dogo onsen town. From its name, Old England Dogo Yamanote Hotel it is obvious that the hotel is using Old England style as its theme. The hotel was opened in 1885 and known as “Kawakichi Villa” back then. Despite the old England decorations and the staff’s outfits, surprisingly the hotel’s website is not available in English. But for English people who wish to feel home in Japan, this ancient hotel could be your pick.

A traveler from Mozambique mwant999 described the hotel as “British looking hotel in Japan”. The only traditional Japanese ryokan in Hoshi Onsen, Chojukan opened more than 140 years ago. The inn has 37 traditional Japanese style rooms and the interior is made of wood. It stands along the Nishi River with both indoor and outdoor onsens. As the ryokan is located in little Hoshin Onsen village, visitors are advised to bring enough cash as there are limited ATM machines available in the town.

“Old charm luxury ryokan in a great setting,” is what greenflubber from Hong Kong described this ancient inn. Founded in 1874, Jyoseikan just celebrated its 140th birthday last year. This luxury hotel has received royal families from Japan as their guests as well as other leaders from around the world. We found that all the reviews written about this hotel in TripAdvisor were travelers from Japan itself. Hence, we can assume that this is a very local and authentic Japanese hotel with long-standing history. SQ380, a traveler from Australia said, “We had such an amazing experience in Miyajima Grand Hotel Arimoto and highly recommend this place to everyone! We will definitely be back the next time we are in Miyajima!” Established in 1894, Mampei Hotel is located in the alpine resort town of Karuizawa. The hotel is surrounded by nature and provides great views to those who enjoy mountains.

Although it does have high ranking in Tripadvisor with mostly good reviews from the locals, but the hotel seems to have difficulties to gain favour from the foreigners. A traveler from France, Porta said, “beautiful architecture and restaurant, but the room is not impressive”. Hiiragiya was opened in 1818 with good reputation among the ryokan. The name, “Hiiragiya” was adopted from the holly leaf, which is believed to be able to bring good fortune. As the symbol of the inn, holly leaves can be found throughout the property. The hotel has 28 rooms with each uniquely decorated with a specific theme.

A traveler from the United States known as trbj said, “This is a very famous, more than a century old, family owned ryokan. It deserves its reputation. Worth every penny to stay at this truly memorable and truly remarkable lodging.” Nara Hotel was founded in 1909, with a majority of its guests from high-end society. It hosted royal families as well as respected leaders who visited Kansai region. Throughout the year, the hotel has retained its classical elegance from the Meiji and Taisho periods. The hotel is located among the hills of Nara Park.

Most of the guests were truly thrilled with how well the hotel had preserved its ancient style. SL from Thailand wrote, “Rotating dial phones, Japanese language only (almost) literature, atmosphere from another century!” Hokkaido Hotel was introduced in 1899 and was known as Hokkaikan back then. Besides beingsurrounded by nature, the building itself was built with mostly natural materials. The bricks used were made with Tokachi clay, which gives a great ambiance to its guestrooms. The hotel was designed by the well-known world class architect, Hiroyasu Higuchi. Now, Hokkaido Hotel is the one luxury hotel in Obihiro that is the hot venue for wedding banquets.

A traveler from Switzerland, twets, has described the hotel as “functional and vast”. Located at the Bobata Onsen twon in Fukushima, Bobata Onsen Yahataya is one of the five accommodations in Ishikawa-machi. This luxury hotel has gained much popularity among the Japanese, making it among the top five hotels in the “20 Japanese Inns with more than 100 years of history” list. A five-star hotel, Imperial Hotel Tokyo was one of the first high-end hotels built in the city center. It opened in 1890, backed by the Japanese government to cater to the increasing foreign visitors to the country. It is located in a close vicinity to the Imperial Palace, giving the guests a great view of the palace from the hotel itself.

Although the hotel is high-end, but many travelers had expressed that the stay was worth the money paid. One of them is Marco C from Italy. He described the hotel as the “best hotel in Tokyo with top service and value for money”. Wonder what is the oldest hotel in the world looks like? Well, then you have to visit Keiunkan. The hotel founded in 705AD is recognized as the world’s oldest hotel and the oldest company that is still operating by Guinness World Records. It is said has been operated for 52 generations from the same family until today.  It is located in between two valleys of the Southern Alps in Nishiyama Onsen town, promising a fantastic view and high quality hot springs.

Kate Chow from Singapore described her stay as, “perfect stay to get away with six onsens, yummy food and comfy futons.” Founded in 1890, Juhachiro is located in Nagaragawa Onsen in Gifu. Its Japanese name “十八楼” (18 rou) is taken from the name of Nagara River banks. It is said that the hot springs flow through the river had been the pride of the local people for many generations. But during the late Edo period, many had forgotten this pride, and the founder of this hotel named his inn as “18 Rou” to remind the young generations about this pride and to protect the hot spring.

Shinobu from Japan who travelled to the hotel last year praised the hotel for its good service. A traveler from Hong Kong with the nickname gourment_food_lover described her stay as “Japanese Hospitality at its finest”.