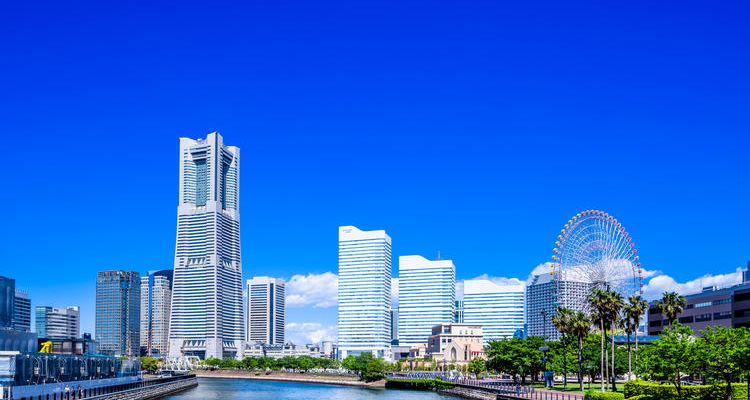 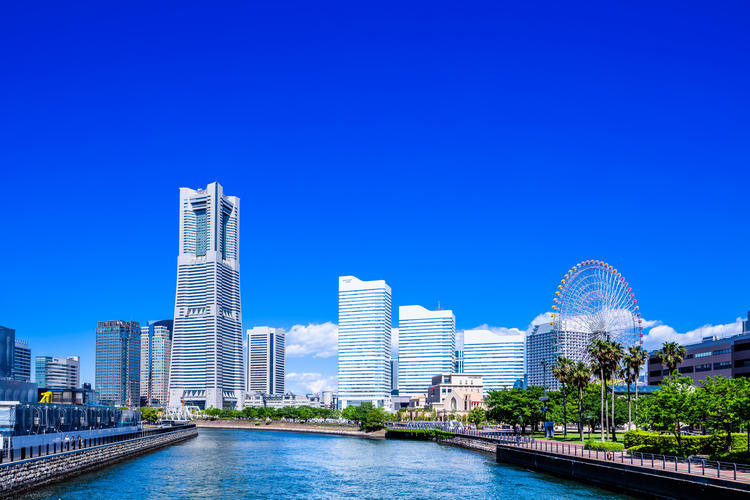 Things You Should Know to Enjoy Sightseeing in Yokohama! An Annual Climate Guide

Yokohama is a port city on the east side of Kanagawa. With connections to Machiya in Tokyo, it’s an easy to access place via trains. It has a high concentration of tourist attractions like Marine Tower, Bay Bridge, the Red Brick Warehouses, Yokohama Chinatown, and so on, making it an enjoyable city to walk through. Prepare for the weather and climate during the year and have fun thoroughly sightseeing around Yokohama!

Yokohama in Kanagawa is known for its many clear, sunny days in winter and hot, humid days in summer. It’s the kind of climate that is common in the Japanese archipelago, known as the Pacific climate.

Prepare for your travels by having a good grasp of the climate of the season when visit. The average temperature in July is around 6°C. The lowest is about 2°C which isn’t too severe. Sometimes it can go all the way up to 10℃ but still exercise caution. Be sure to wear a down jacket or coat when you’re going out. The Chinese New Year festival is held in Yokohama's Chinatown. It is a grand parade with an energy that chases away the chill of winter and you can see classical Chinese opera, lion dances, and more. The warm wind blowing from the Pacific ocean makes is comparatively easy to pass the winter in Yokohama. February is the same as January with an average temperature of 6°C, a low of 3°C, and a high of 10°C. Although the winter isn’t too severe during the day, be sure to properly protect yourself against the cold with a coat, scarf, and gloves. There are 200 plum trees planted at Okurayama with over 32 varieties. It’s a famous spot for plum blossoms and during this time at the Okurayama Plum Blossom Festival, in addition to the plum blossoms, you can also enjoy Japanese dancing and open-air tea ceremony. When March comes around, the average temperature is around 9°C, the lowest 13°C, and it can climb up to 13°C. However it’s still quite chilly and you will still need your jackets and coats. Depending on the day, you’ll also need gloves and a scarf. Yokohama Sankei-en Garden is Kanagawa’s leading area for sakura (cherry blossoms). The best time to see them would be towards the end of March and the beginning of April. Over 300 sakura trees in bloom is a beautiful masterpiece. After sunset, the area is illuminated and the sakura at night together with the Three-Story Pagoda of Old Tomyoji is a must-see. The average temperature in April is about 14°C. The lowest is 10°C, and when it’s warm, it can go up to 18°C. Although the cold season has completely passed and feels like a distant memory, it’s still going to be cold if you go out in just short sleeves. Walk with something to throw on like a sweater or a cardigan. A light coat or jacket will also come in handy.

At the Ookagawa Sakura Festival which opens at the beginning of April, you can see about 200 sakura trees lined up along the riverbank. Ookagawa in Naka-ku is a famous place for sakura. There are various street stalls and you can enjoy the lively festival atmosphere. At nights, the lights from paper lanterns are reflected over the surface of the water. The temperature has gradually begun to rise and during May, the average is about 18°C with the lowest at 15°C. The highest can go up to 22°C, making it the best period for walks and sightseeing. For clothing, you’ll be fine with a long-sleeved shirt or cardigan.

The Yokohama Parade (an international costume parade) is a parade event with marching bands, lion dances and people dressed as anime and game characters. Starting at the front of Yamashita Park, it goes past the Red Brick Warehouse and Isezaki Mall and gives the town a fun and festive atmosphere. June is a bit warmer than May with the average temperature around 21°C. The lowest is 18°C and the highest 25°C. From this point on is the rainy season. If you’re going sightseeing or walking, you’ll definitely need rain gear. As the temperature rises, it often becomes humid. You’ll need either long or short sleeves depending on the day. The Yokohama Kaiko Festival is held here at Minato Mirai’s Akarenga Park with lots of highlights like fireworks shows, a dance stage, boat rides and a variety-rich food and drink corner.

Yokohama in July is humid with the summer climate in full force. The average temperature is about 25°C. The lowest is 22°C and the highest can go up to 29°C which, together with the level of humidity, can feel even hotter. During this season, short sleeves are sufficient for almost everyone. The “heat island” phenomenon which you can see happening in places like the center of Yokohama where the population is plentiful, means that even when the sun sets, it doesn’t get cooler. Even in the middle of the night the temperature usually drops to only about 25°C. These are nights where it’s often too hot to sleep well. In August, there are many day when the temperature exceeds 30°C. The average temperature is about 27°C with the lowest 24°C and the highest around 31°C. Be sure to replenish your body’s fluids to prevent heatstroke. Even the shade outside will be hot. On the other hand, the inside of transport and buildings will often be cool from air conditioning so you should also be cautious of the extremes changes in temperature. Minato Mirai’s huge Bon Odori is a festival held at the Rinko Park at Pacifico Yokohama. The view of the harbor right before your eyes is amazing! While the sea breeze is blowing, you can enjoy the Bon Odori dancing, check out the various food and drink booths, and beer gardens. Compared to August, the temperature drops quite a bit. The average in September is about °C. The lowest is 20°C and the highest is around 26°C. Towards the end of the month you start feeling the chill and it’s handy to have long-sleeved clothing. During this period the amount of rainy days increases. What’s more, there are sometimes typhoons so you must be prepared. The O Sannomiya Autumn Festival is a grand annual festival held at the Hie Shrine. The highlight of this festival has to be the sacred shrine palanquin (mikoshi). It’s impressive and splendid beauty is a must-see. Seeing it paraded through the streets is quite amazing.

As we enter October it gradually becomes chilly. The average monthly temperature is around 18°C. The lowest is 15°C and the highest about 21°C. It’s a season where you’ll need things like long-sleeved shirts, cardigans, and light coats. At the Bashamichi Festival which takes place at the North Exit of JR Kannai station, you can enjoy the atmosphere that showcases the unique way in which Japan adopted aspects of Western culture like architectural style and more during their Westernization movement during the Meiji era. Indeed, the interesting fusion of Japanese and Western culture one of the defining traits of Yokohama’s port city. There are also a variety of events like a gas lamp lighting ceremony, street concerts and more. The average temperature in November is around 13°C. The lowest is about 10°C and when it’s warm it’s around 17°C. It’s steadily moving into winter and there will be many day where you need things like sweaters, jackets and thick coats. It’ll also be handy if you have hats and scarves as well.

The Bird Day Fair which is held at Kotohira Otori Shrine is a huge event which has over 500 stalls every year. The kumade (bamboo rakes) which you can buy here are considered lucky charms that can gather good luck for customers. What’s more, one of the highlights of the Bird Day Fair is the countless paper lanterns that illuminate the area.

In December it becomes very cold in one fell swoop. The average temperature is around 8°C. It can also drop to 5°C and the high is usually 12°C. It will be good to have articles of clothing like thick coats, down jackets, knit hats, gloves and the like.

From the end of November to mid-December, you can see autumn colors almost everywhere in the city. Yokohama is dotted with many famous spots for seeing the autumn colors like Sankei-en Garden, Yamashita Park Street, Negishi Forest Park, Yokohama Park, Mitsuike Park and Nogeyama Park.

Yokohama is not just a place that gives you access to famous sightseeing spots in Kanagawa like Kamakura, Hakone or Odawara. There are many fascinating places inside the city itself. Although the climate is generally calm and makes it easy for sightseeing, if you have a rough idea of what it’s like throughout the year then you can enjoy the port city of Yokohama even more!