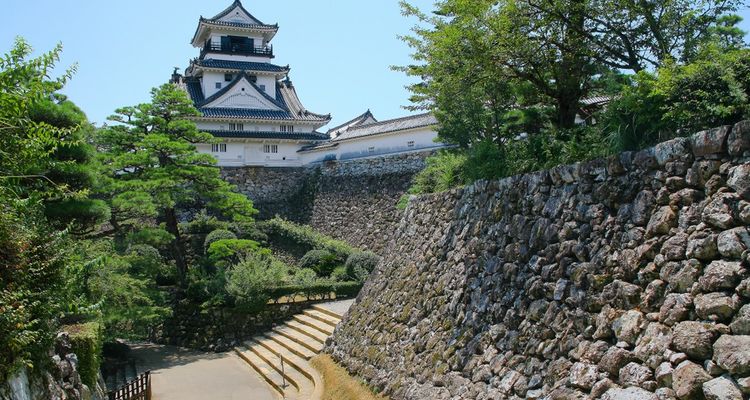 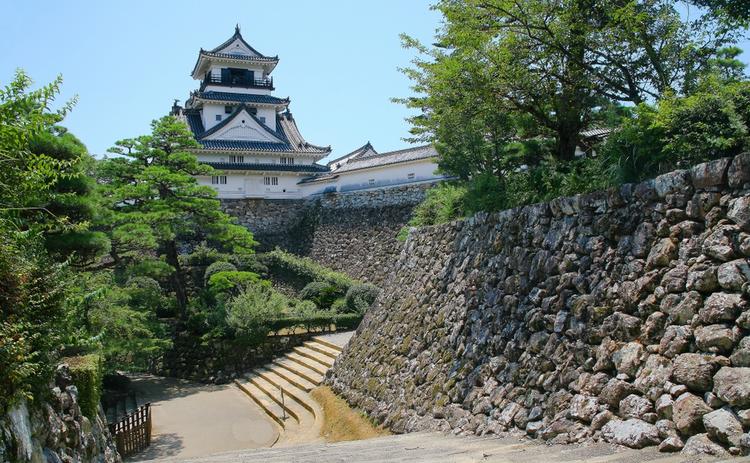 The Quiet Charms of Kochi, a Countryside Area Overflowing with History, Nature, and Delicious Food

Kochi prefecture, located in the southeast of Japan, has nature, food, history and culture, which you can enjoy yourself on your trip to Japan. Some recommended souvenirs are also introduced. Hope you enjoy!

This post is split up into various categories for useful tips about Kochi: Kochi is located in the southwestern Japan. Its beautiful nature, tasty food, and historical buildings are worth paying a visit. Surrounded by the Shikoku mountains and the Pacific Ocean, Kochi boasts of many great places to see. Kochi is also famous for food, especially sake, katsuo (bonito) and yuzu citrus. There are some historical and cultural buildings in Kochi, too. Kochi is one of the four prefectures that make up Shikoku, one of the major islands.  Shikoku's mountains run through the island from east to west, and Kochi is located south of the mountains. Shikoku is a mountainous district and rich in beautiful scenery. You can visit the other prefectures of Shikoku: Kagawa, Tokushima, and Ehime. Flying is the most popular and the easiest way to go to Kochi. As the above picture shows, there are flights from Haneda Airport (Tokyo), Nagoya Komaki Airport (Aichi), Itami Airport (Osaka) and Fukuoka Airport (Fukuoka).

Ryoma is the name of presumably the most famous and popular samurai in Japan, Ryoma Sakamoto (1836-1867), who was born in Kochi, then called Tosa. In the 19th century, he played an essential role in overthrowing the Tokugawa shogunate and bringing a new era, the Meiji Period. Shikoku Karst Natural Park is one of Japan's three largest karst landscapes. Located on the Tengu plateau and the Godan plateau, the park commands a pastoral and panoramic view. Milk cows graze in the park, so you may see some cows standing among calcareous white stones.

Renting a car to go around the area is recommended. The park is huge and public transportation is inconvenient. When you drive a car under the vast sky, you will certainly feel excited and refreshed. The Ryoga cave is a roughly 4km limestone cave and about 1km part of it is open to public. It takes about an hour and a half hour to go around the cave and you can see mysterious stones and have an adventurous experience. The stones are fantastically illuminated in some places.

The cave inside is humid and cool even if it is in summer, so don't forget to bring some clothes when you visit there! Near the exit of the cave, there are remains of people dwelling there in the Yayoi period (the 3rd century BC to 3rd century AD). One of the pots used by them was left and covered by stalactite as time goes by, and now it is called "a divine pot."

In addition to the cave, you can visit a cave museum and a rare birds center. At the museum, historical, ecological and geological researches on the cave are exhibited. At the rare birds center, you will see special rare birds. Kochi is known for special roosters. One of the roosters exhibited there has a very long tail. Katsurahama is an arch-shaped beach, commanding the fine view of the Pacific Ocean. The beach is designed as a park. Pine trees are planted here and there in the park, making it a hakusha-seishou (a beautiful seashore with white sandy beach and deep-green pine trees) scenery.

At the east end of the beach, there stands the statue of Ryoma Sakamoto. He is casting his ambitious sight toward the Pacific Ocean. Maybe he was thinking about a new era of Japan in front of the sea?

Next to the Katsurahama Beach stands the Sakamoto Ryoma Memorial Museum. The museum exhibits his letters, pistols, and more so that visitors can vividly understand his life. One of the famous rivers in Japan, Shimanto River, is also a recommended place to visit. The river is 196km in length and known for its clear, transparent and beautiful water. It is also called “Japan’s last remaining limpid stream.”

The most recommended season to visit is from mid-April to mid-May. During the period, koinobori festival is held every year in Shimanto. Koinobori are wind socks modeling carp to celebrate Children's Day, May 5th. During the festival, about 500 koinobori are hung up in the air to welcome visitors.

What to eat in Kochi Kochi is famous for bonito (katsuo), as bonito fishing has been traditionally carried out in Kochi for its geographical reason. Tataki is the most famous cooking way of bonito. Katsuo-no-tataki is cooked by roasting bonito over a fire and searing its surface while leaving the meat raw.

To enjoy katsuo-no-tataki, dip the combination of sliced tataki, garlic, and onion with soy sauce and vinegar or just salt. And...it's deliciously harmonious!

Hirome Market in Kochi is the recommended place to eat katsuo-no-tataki. More than 60 food shops are gathered in the market, and you can enjoy lively fish of Kochi in a food-court like style. The market is bustling and crowded with local people, so you will have a pleasant time there! Yuzu is a lemon-like Japanese citrus, and Kochi is the biggest producer of it in Japan. Yuzu has a good flavor, vivid yellow color, and sour taste, so it is mainly used as seasoning to set off dishes.

Umaji is well-known as a yuzu production area. The village succeeded in branding yuzu and now sell products made from yuzu. For yuzu juice, the brand Gokkun Umaji-mura is most famous. Please try it if you see it. Kochi is also well-known for sake,. According to a survey, Kochi people spend much more money on drinking than average. For such heavy alcohol consumers, Kochi is rich in sake brands.

Here are some recommended sake bars near Kochi station.

Immerse yourself in the history and culture of Kochi Kochi Castle is a must-see spot in Kochi.  It has a great castle tower, castle gate, and wall preserved from the 17th century. The castle was originally built by Katsutoyo Yamauchi (1545-1605), who governed Tosa and established the basic structure of the city of Kochi.  His statue is set at the park next to the castle to honor his achievements.

Though there are a lot of castles in Japan, only 12 castles have preserved their original castle towers from long ago. Kochi Castle is one of them. The castle and accompanying structures are designed as important cultural properties by the national government. Yosakoi festival is a very large summer festival in Kochi. Many dancers make a parade with a wooden clapper called naruko. They dance to powerful music with nice tempos. The festival is held from August 9 to 12 every year. During the period the city of Kochi is put in a energetic, festive atmosphere.

The festival was originally started about 60 years ago, and is now one of the most famous festivals in Japan. Yosakoi festival attracts a large number of visitors from around Japan every year.  With great dances and vigorous musics, you will surely be excited and encouraged. Takashi Yanase(1919-2013) was an illustrated book writer and known as the creator of the Anpanman series.  Anpanman is a Japanese anime hero with a large popularity among children. Yanase was brought up in Kochi, and this museum was established in 1996 in honor of him and Anpanman.

The museum exhibits Anpanman illustrations, original pictures, and other works. It is always crowded with Anpanman fans, mostly children. Takashi Yanase continued making creative activities for children and passed away in 2013 at the age of 94. But his characters stay in this world and keep cheering children up. Kitagawa is also known as a production area of yuzu, and has had a relation with France thanks to that. In 1996, Kitagawa decided to create a garden representing the world of Impressionist artist Claude Monet's works and started a program with the manager of Monet's garden in France. In 2000, with the help of the manager, the garden opened and has been visited by many since.

The scenery of the pond with lotus flowers is identical to the series by Monet, Water Lilies. Visitors are welcomed by a plethora of colorful flowers and will surely enjoy the real world of Monet's paintings.

Souvenirs to take home from Kochi A bite of Ryoma-ga-yuku with a cup of Japanese hot tea will certainly make you happy. Chestnut paste is covered with a milk pastry for a sweet harmony. Ryoma-ga-yuku ("Ryoma goes") is the title of a novel written by Ryotaro Shiba, a famous historical novelist. The name of this sweet is taken from the novel. This clearly shows how much Ryoma Sakamoto is loved by Kochi citizens!

Kanzashi is a madeleine cake with yuzu flavoring. "Kanzashi" means an ornamental hairpin in Japanese, as the illustration shows. A hairpin mark is decorated on the sweet. Kanzashi is referred to in the well-known passage of a Yosakoi festival song. This sweet also goes well with a cup of Japanese hot tea, so please try it!

Tosa-nikki ("Tosa diary") is the title of  a literary work from 10th century written by Ki no Tsurayuki. The literary work is about traveling from Tosa to Kyoto, and is considered to be one of the important classic literary writings in Japan.

The sweet, anko bean paste covered with mochi, has a gentle taste. Your family or friends will surely be pleased if you bring them Tosa-nikki.