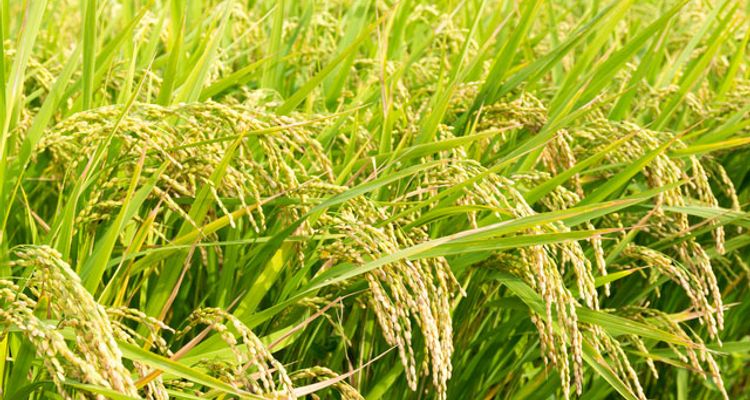 The appealing history and culture of rice in Japan

The Japanese have eaten “Okome or Kome (Rice)” as a staple diet since the ancient times. Even though food is imported from all over the world and the Japanese eat universal food nowadays, the Japanese still eat rice commonly.

Rice has a long history and “Inasaku” which is rice cropping started in the Jomon period. Following the Shinto religion in Japan, they dedicate rice as well as Japanese Sake and salt to god in regional festivals since ancient times. So, for the Japanese, rice is not only food but also a crop with a spiritual value. Mochigome is the sticky rice which is slightly graded up from normal rice. The Japanese eat Mochi (sticky rice cake) made of Mochigome. Omochi or Mochi is eaten in special ceremonies such as Oshogatsu (New Year) when Japanese celebrate the beginning of the New Year. They make the sticky rice into a powder called “Shiratama-ko (Rice glutinous flour) or “Joshin-ko (Japanese rice flour) and then these flours are used to make Odango (or Dango, Japanese sweet dumpling), Wagashi(Traditional Japanese confectionery) and Osenbei (or Senbei, Japanese rice cracker). A recent development is Kome-ko (rice flour) made of plain rice. This Kome-ko can be used the same as flour to make bread and Udon (Japanese thick flour noodle). Some elementary schools in Japan have lessons in rice cropping so that students can understand the preciousness of the rice they eat every day. And after gathering rice, they cook and eat themselves. The rice they cultivated must be the most delicious. For the Japanese, rice is always treasured and will always be eaten eternally.