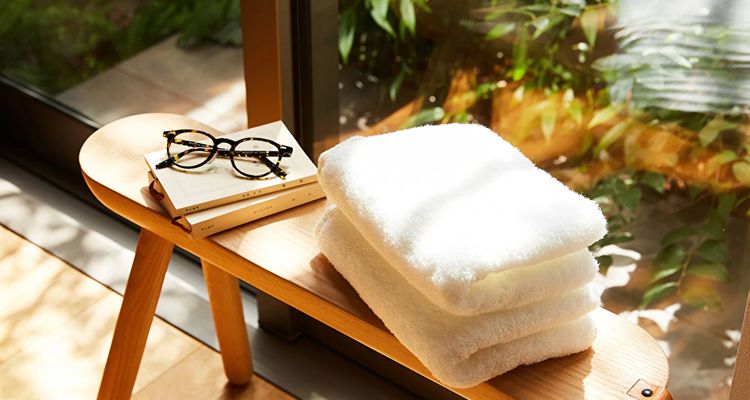 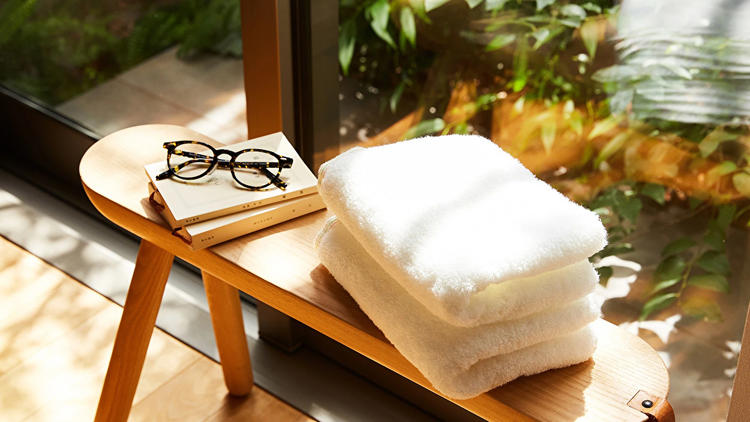 Furoshiki, tenugui, and kimono fabric are arguably the most famous Japanese cloths, but the Imabari towel has also become quite a hit worldwide. These towels' incredible quality makes them popular as gifts. So popular, in fact, that they are the most produced towel in Japan! In this article, we will explain the history and background of the Imabari towel, revealing the reasons for the towel's beloved softness, absorbency, and quality.

The History of the Imabari Towel

The towel was introduced to Japan in 1872 through imported cotton towels from England. Their softness and warmth made them popular mufflers in the day.

Towel production in Japan began in 1880, eight years after they were first introduced. In Osaka, someone called Koma Inoue figured out how to weave piles (the numerous string loops covering the surface of a towel) with a handloom, and in 1887 fellow Osaka resident Enjiro Satoi developed a weaving method called "terrymotion," where the machine uses the warp and weft threads, as well as the pile threads to weave. These developments were revolutionary in the development of Japanese towels.

Towel production began in Ehime Prefecture's Imabari City, located in the northwestern part of Shikoku, in 1894. A man named Heisuke Abe restructured the cotton flannel machine, beginning the manufacturing of the towel. In 1910, someone else called Tsunesaburo Fumoto invented the "battan," a high-performance loom that could weave two rows of the towels at the same time. Shortly after, a person called Chuzaemon Nakamura created the striped towel meant for the masses in 1912. Eventually, the Imabari towel was created in 1924 from high-quality Jacquard weaving (a style of weaving where the pattern is woven directly into the fabric so that the design looks three-dimensional).

The Imabari towel is now the most produced type of towel in Japan and is incredibly popular both domestically and internationally.

The Characteristics and Charms of the Imabari Towel

Imabari City has become the largest towel producer in the world. The area has acquired a wealth of excellent craft techniques over 125 years, from choosing raw materials to weaving, dyeing, and the post-processing work, which together make up the finished product. This is why the area is able to continue the creation of Imabari towels, which possess a quality that cannot be replicated elsewhere.

Take note of the incredible absorbency and high standards of the Imabari towel.

Official quality standards require that the towel be able to completely absorb water in five seconds or less and feel dry after use, yielding a cozy towel that users would be happy to use. There are, of course, several other requirements that, only when all cleared, can result in a towel being labeled as an "Imabari towel." Towels who get this label are tagged with the official label of blue stripes and a white circle on a red background, as shown in the above photo on the right.

Using an Imabari towel even once will help you realize why they are so popular. The photo to the left is of a regular towel, and the one on the right is an Imabari towel. You can feel the difference in the material quality and in the softness, thanks to know-how and crafting techniques acquired over a long period of time. Imabari is blessed with abundant high-quality soft water, such as the underground water from the Soja River, which is perfect for bleaching and dyeing. It is gentle on textiles and makes them even softer.

The Imabari Towel Brand to Consider

Satisfaction in a Towel

Tamatex, as a wholesaler of the world-famous Imabari brand towels in Imabari, Ehime, has spent over 20 years helping other companies produce original towels to appropriately match customers' needs.

As a wholesaler of these towels, the company sees the need to "protect the brand of the Imabari towel, as well as spread its greatness to even more people." To do this, they brand each towel with its own serial number and set strict quality standards.

They are always conscious of the need for the towels to not only be safe and secure, since towels are used on one's skin every day, but also something that customers enjoy using.

Stays Soft and Fluffy Even After Many Washes

Tamatex's towel experts choose only the finest materials and the best craftsmen to make their towels. The materials include extra-long staple cotton (cotton fibers that exceed 35 mm in length), which can only be harvested from the best five percent of the rare Grecian cotton. This gives the towels a soft and gentle feel.

Not only are the towels soft, but they will remain gentle on the skin even after many washes. They also retain their absorbency, meaning they can be enjoyed for a long period of time.

The bath towels envelop your body after stepping out of the bath or shower and quickly dry you off. The face towels are 10 cm longer than the average face towel for easier use and so that women with long hair can dry their hair or wrap it up using it.

These towels have been designed to ensure that they are incredibly user-friendly.

The long-awaited Tamatex brand "sara-la" was developed with the aim of creating a towel that customers will remember forever.

The name "sara-la" comes from "Uno-no-Sarara," the childhood name of Empress Jito, the 41st monarch of Japan. As an empress, Jito actively participated in governmental affairs and is known to have possessed both kindness and wisdom, something that speaks to modern women.

By naming the towel "sara-la", the hope is that it can "be a towel that gives peace of mind" to women working everyday in many different environments, due to its softness and usability.

According to Mr. Tamano, the company's representative, "These high-quality towels will always be soft and fluffy. They are made from rare fibers selected by our towel experts, ensuring that they will retain their soft feel and absorbency. They make wonderful gifts for various occasions, and we are sure that anyone would be thrilled to receive these magnificent towels."