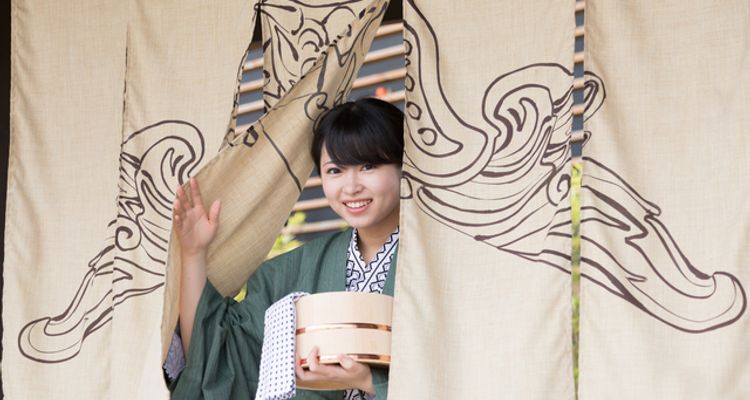 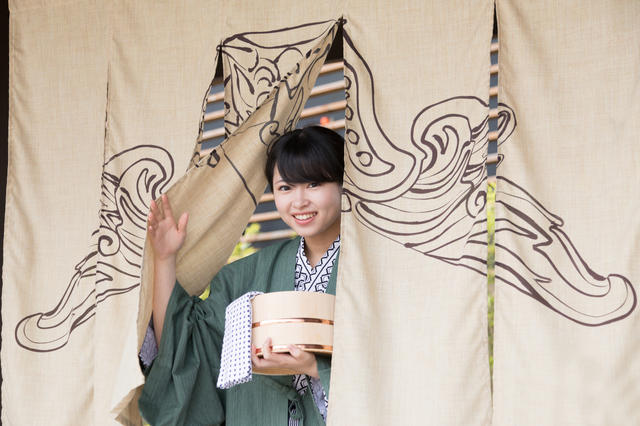 Some may call Japan a bit obsessed with cleanliness. Over the years, the Japanese have made countless innovations to the toilet and bath, creating many different kinds of bathing facilities. In this article, we focus on "super sento," which are perhaps the grandest of them all. These massive complexes are essentially giant spas with a variety of baths, massage chairs, and even a place to bunker down for the night. If you've ever wanted to soak or bathe in style, read on to learn more about these fun bath-themed amusement parks!

The History of Public Bathhouses in Japan

A “sento” is a traditional Japanese bathhouse where guests pay an entrance fee to bathe in large communal baths.

According to the Konjaku Monogatarishu (Collection of Tales Now Past) from the late 11th/early 12th century, sento were already a thing as far back as the Heian period (794–1185). It wasn't until right after World War II, however, when sento exploded in popularity. Many homes did not have their own bath back then, so the public started to use sento as a way to keep themselves clean. During its heyday, it’s estimated that there were well over 20,000 sento in Japan.

Today, only about 5,000 sento remain, with about 10% of them being located in Tokyo. Though remaining a necessity for some, as historic houses and low-cost lodgings without bathrooms still exist, for most people they have grown into a national pastime. Instead of just the simple sento, you now have a variety of communal bathing options to choose from, including the glitzy super sento.

The Difference Between an Onsen, Sento, and Super Sento

Japan’s Hot Springs Act of 2011 defines an “onsen” as natural water gushing from an underground source with a temperature of at least 25˚C. The law also sets minimum thresholds for certain minerals that a water source must contain in order for a facility supplying it to legally call itself a hot spring resort.

Sento, on the other hand, are defined by the Public Bath House Act, which doesn’t specify what kind of water the facilities can use, so one would think that the main difference between an onsen and a sento (and, consequently, a super sento) is that the former uses natural water while the latter relies on public pipe water. However, some sento do actually use natural spring water, trucked in daily from onsen areas across Japan. So, in some cases, there’s no tangible difference between an onsen and a sento.

But what really sets the two apart are their costs. Sento are relatively cheap, with their entrance fees hovering around 400-600 yen thanks to the Prices Control Ordinance. Super sento, on the other hand, offer many more services in a much larger space, so they can charge anywhere from 1,000 to 5,000 yen for entry.

What Can You Expect to Find at a Super Sento

A simple sento can easily fit into one small building divided into two areas, one for men and one for women, with each containing a single communal bath and a number of shower nooks for washing yourself.

Super sento, on the other hand, tend to be multi-story facilities with many different baths to choose from, both indoor and outdoor, that can be made to look like traditional onsen or an ancient Roman bathhouse, and so much more. Super sento may also offer foot spas, jacuzzis, saunas, and actual swimming pools.

Many super sento go far beyond typical bathhouse services, giving guests access to rows of massage chairs, sand baths, and even libraries full of manga comics. Some even come equipped with bars and restaurants!

The “Other Public Bathhouses” designation does little to fully capture the grand scale of these facilities, which are more akin to bath-themed amusement parks.

A visit to a regular sento can be a lot of fun but, ultimately, it’s just a bath. A visit to a super sento is a whole, all-inclusive experience. All that extra money you pay to get into one of those places gets you so much more than a wider variety of baths. Relax with a drink at the bar area, or fall asleep while reading a comic in a comfy massage chair.

Throughout all this, you’ll be using bathrobes and towels provided by the facility, which is another one of the main reasons why super sento are so popular: you don’t need to bring anything with you. Nearly everything you’ll need is included in the price, which is something that can't be said for most regular sento.

It’s also not uncommon for some locals to use the super sento as cheap overnight accommodation. This can take many different forms. Some super sento will share a building with a business hotel, allowing you to rent a room there and go down to the bathing area whenever you want. Others bring your bed much closer to the water with capsule beds or cabins, which are semi-private rooms containing a capsule bed, a small locker, and a table, usually separated from the rest of the facility with a curtain. There are also places that offer guests “sleeping rooms,” consisting of rows of beds in a shared space where you can lie down and catch a few Zs. In some 24-hour places, though, all you’ll get is a reclining chair.

Things to be Mindful of When Visiting a Super Sento

If you’re planning to spend the night at a super sento, check what kind of accommodations they provide first. If you require a little bit of privacy to be able to sleep, hostel-like sleeping rooms where you’re constantly in full view of other people will not get you the rest you will need. You won’t need towels or toiletries as those are almost always provided by the facility, but definitely bring a change of clothing with you. After an entire day of relaxing in hot water, there is nothing worse than having to put on used, sweaty clothing that has been marinating in a hot locker.

Other than that, your standard sento and onsen rules apply at all super sento: make sure to wash yourself thoroughly before entering a bath, enter slowly if you’re not used to Japanese hot baths, don’t stare at people, and prepare to see a lot of exposed skin as it’s generally forbidden to enter a bath while wearing a towel. You can keep a small one on your head to cool down, but that’s it. Also, please do every foreigner living in Japan a huge favor and don’t treat a communal bath like a swimming pool! They’re just for relaxing, not for splashing around. Lastly, be sure to cover up any tattoos. Sadly, the stigma against tattoos in public places tends to extend to most super sento. Please note that visitors with extensive tattoos that can’t be hidden with bandages or small towels may be refused entry to a super sento.

This super sento is located in the most unlikely of places, occupying floors 10 – 12 of the Times Station Ikebukuro parking garage. It's a hidden oasis of peace in the heart of Tokyo, offering guests different types of indoor and outdoor baths (including one that screens movies as guests enjoy their soak), a Finnish-style sauna, tanning beds, and various spa treatments.

Raku Spa 1010 in Kanda boasts a total of three baths, including one of the few artificial carbon dioxide baths in Japan. Guests to this super sento can also enjoy its spacious sauna as well as the 1010 Dining & Pub serving everything from bar food to main course dishes like pasta or curry, not to mention a nice selection of craft beer. After a soak and a hearty meal, why not grab a book and relax in one of the sento’s hammocks or make use of the facility’s spa treatments? If, however, you’d like to burn off a few calories instead, Raku Spa 1010 also features a running station. No matter how you like to relax, this facility has you covered.

It is possible to spend the night at Raku Spa 1010 Kanda, but beds, specifically sofa beds, are only available to female customers in the compact relaxation area. Other guests can make use of reclining chairs.

There are many great ways to experience a foreign culture, like food or visiting its most famous landmarks. But Japan’s unique bathing customs allow you to get close to the spirit of the country in some of the most relaxing ways possible. If you want to wash your troubles away and relax for a few blissful hours without having to travel far, check out your nearest super sento!