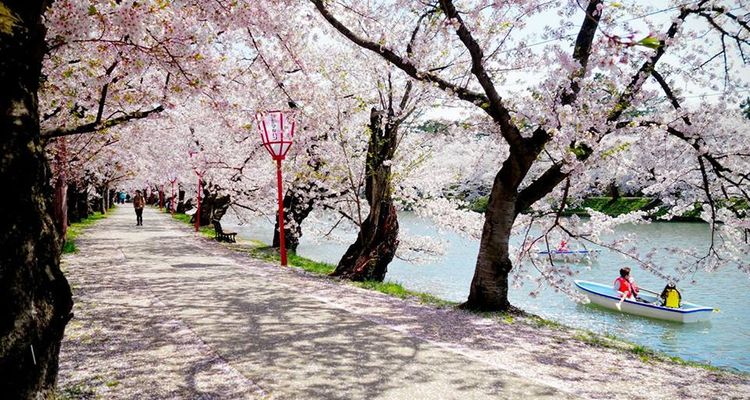 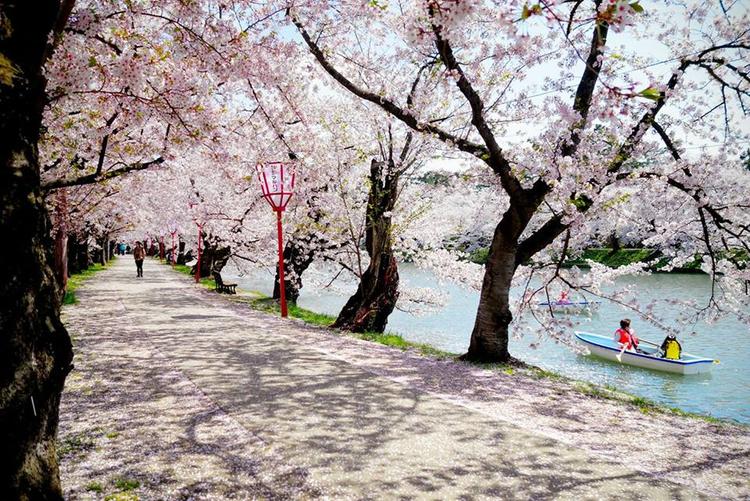 Stunning Beauty of Gorgeous Sakura! Results of the Photo Contest

We held a photo contest between April 9th and April 17th on Facebook! Here is a showcase of not just the winning photo, but some of the runners-up.

We held a photography contest on our Facebook page between April 9th and April 17th. The winning photo became our Facebook cover photo.

However, there were plenty of lovely photos submitted. Here are some of the ones that we also considered as the winning photograph.

First, the winning photo is this one by Thao Nguyen: It was taken in Aomori’s Hirosaki Park. We chose this photo as the winner because of the composition and the use of color, the gradation from the pink of the flowers to the blue of the river.

Now, here are some of the other photos we enjoyed in no particular order.

Path of Petals (by Riko Kojima in Hyogo) This photo was taken by Riko Kojima at the Takarazuka Grand Theatre. The Western-style architecture contrasts nicely with the cherry blossoms. The petals on the floor herald the end of the season and the coming greenery. This photo by Patrick Alvin Santos is a shot of the Meguro River in Tokyo when the lanterns are turned on but the sun hasn’t gone down yet. The contrast of the light blossoms and the dark pink lanterns is quite charming. This photo by Candy Sakai is taken at Roppongi Hills and is representative of Tokyo – a modern skyscraper with a traditional symbol of the country, the sakura tree, standing in front of it. This photo by Patrick Alvin Santos of Osaka Castle as the sun is beginning to set has wonderful warm lighting highlighting the architectural details that peek through the branches. This photo by Ace Delicana has Tokyo Skytree rising up from behind the branches, bringing a similar feeling to the Roppongi Hills photo. The bright pink flowers against the bright blue sky really brings forth the feeling of spring. This sakura tunnel taken by Gilda Isabelle V. Encarnacion in Shizuoka is beautifully composed, with the green bushes to the left and the deep blue river to the right. This photo by Bee Tiangson has Himeji Castle rising above the trees in full bloom. It’s an overcast day, but this picture makes it quite clear why this castle is called the White Heron Castle. This photo by Ardy Tanatan in Fukuoka’s Uminokamichi Seaside Park has a nice feeling of the relaxation that comes with spending time underneath the blooming trees. This photo by Yudawa Suseno in Kenrokuen, Kanazawa only has the trees lit up against the darkness. Kenrokuen is very famous so there are many photos of it by day, and this is a lovely take of the garden by night. Leima Nibungco Sevilla’s photo in Asakusa prominently features a weeping sakura, which is not often seen. The corner of the temple gate rising behind it gives the photo a dignified air. Last but not least is this photo of the Meguro River in Tokyo taken by Candy Sakai. The bright lights and the river reflection along with the deep blue of the sky makes for an interesting color combination.