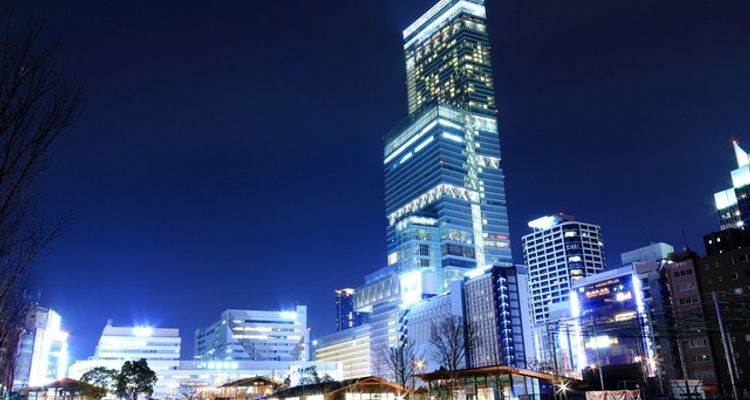 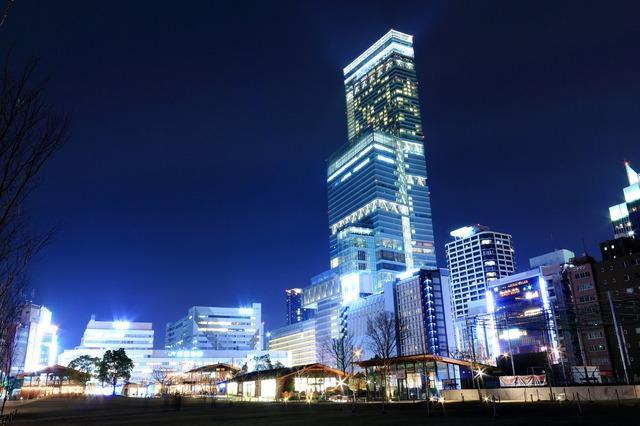 Are you looking for perfect romantic night out in Osaka this winter? Then you should visit Harukas 300, the highest observatory in Osaka, and Kaiyukan, one of the world’s biggest aquarium in Osaka to enjoy fantastic light shows. The floor-to-ceiling windows of indoor observatory on the 60th floor will be projected with 3D images of sea animals. The immersive show entitled as Kaiyukan in the sky features the popular creatures in the aquarium including whale sharks, penguins and stingrays swim in the night sky!

This is the photo from the first season in this summer.

During the period, you can enjoy fantastic projection mapping on the windows as well as Osaka’s 360°panoramic views which Harukas 300 offers.

Atop Harukas 300, you can overlook great aerial views night and day.

The regular evening light and sonic shows on 58th floor collaborate also during the session. You can enjoy those light shows by paying normal admission fee of Harukas 300. Osaka Aquarium Kaiyukan celebrates its anniversary by displaying its largest light installation ever using over 1.3 million lights from November 25th 2015 through to March 6th 2016. Dazzling playful sea animals welcome you as if you were visiting them under the sea. The two photos above are ones from last winter as an example of what this year’s show would look like. Light installations appear in four public spaces for free and specific areas inside of the aquarium where you need to pay admission fee. The shows are scheduled from 5 to 10 o’clock in the evening except its closed days.

Admission fee of Harukas 300 is 1 500yen for adult and child discount is available.

Harukas 300 & Kayukan Aquarium Combined ticket is also sold during the session only for adult at 3 500yen.