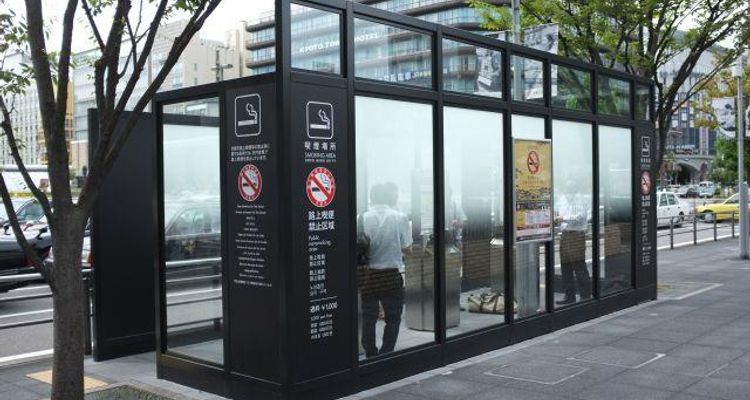 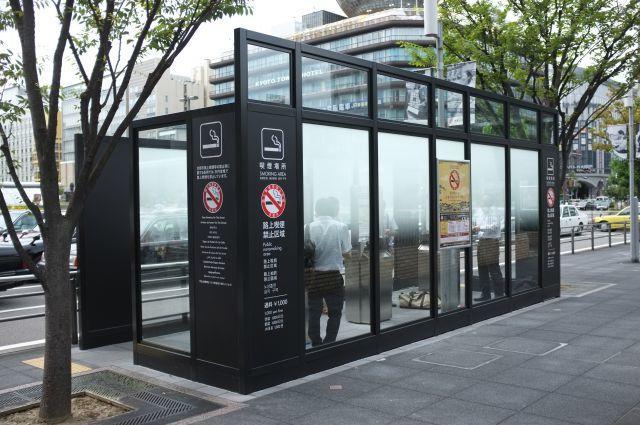 Smoking Etiquette and Map of Public Smoking Areas in Kyoto

Although Japan is a relatively tolerant country when it comes to cigarettes, smoking on the streets is forbidden. Extra caution must be taken in particular in Kyoto, as there are high penalty fines for smoking in certain areas of the city. With that in mind, this article introduces Kyoto's smoking etiquette, as well as a useful map of Kyoto’s smoking areas as per the advice of local college students!

Smoking in Japan - It's OK to Smoke Indoors but Not Outside?

In recent years, the level of awareness about smoking in Japan has increased, but even so, Japan still remains a country with loose regulations in regards to smoking. There are cigarette vending machines scattered about, and many places and restaurants allow smoking indoors. Some may say that it almost seems like Japan hasn’t caught up with the rest of the world just yet. However, with the 2020 Olympic Games drawing near, there have been legislations put forward to make smoking indoors illegal.

On the other hand, the strict laws regarding outdoor smoking is another one of Japan’s peculiarities. Smoking while walking or throwing away cigarettes on the side of the road is completely forbidden, and it's still not allowed even if you use a portable ashtray. Failure to comply to this may lead to a fine depending on the local government.

Internationally speaking, there are many countries that allow smoking outdoors and forbid smoking indoors, so why is Japan the complete opposite? One of the reasons for this is based on the difference in how the cons of smoking is perceived. Much of the world bans smoking due to health risks, while in Japan, more emphasis is placed on “manners”. In Kyoto, for example, smoking is not allowed on the streets because one of the rationales is that the cigarette smoke might bother people around you. In short, the strict regulations regarding outdoor smoking in Japan were put into place so as not to bother or inconvenience others.

Violate the Law and Get Fined! Public Nonsmoking Areas in Kyoto City

Even within Japan, Kyoto City is particularly strict when it comes to smoking on the streets. Smoking in outdoor public areas throughout the city is forbidden by law (except in smoking areas). In particular, areas where there are lots of people are designated as “Public Nonsmoking Areas”, and if you smoke in those areas, you will be fined 1,000 yen.

In the Public Nonsmoking Areas, you will see signs with pictures on them in various places all over the area. There are also designated people with the “No Smoking” mark on their clothes (like the second photo above) walking around. If they catch you smoking, you will be fined.

Smoking in any outdoor public area is considered “outdoor smoking”. Whether you're smoking while walking, or you've stopped and are standing, or even if you're using an ashtray or are on a bicycle or motorcycle, smoking outside as a whole is not allowed, so please be mindful.

Also, heated tobacco products have been a highly controversial topic as of late. Depending on the local government, the way they handle it varies, but since there are many people who have expressed discomfort in regards to it, it’s best to refrain from using them. Especially in Kyoto, the administrative guidance suggests that it’s better not to use them at all if you're outdoors.

Another one of Japan’s characteristics is that, athough it is quite strict in regards to outdoor smoking, there are designated smoking areas set up outside. You will always be able to find a smoking area near any airports or major stations. If you want to smoke, make sure to do it in these spots and not on the streets.

The following smoking areas are available within Kyoto City: 8 around Kyoto Station, 2 in the vicinity of Shijo-Kawaramachi Station, 3 in the Higashiyama area, 2 just in front of the JR Yamashina Station, and 1 each in front of JR Nishioji Station, JR Katsuragawa Station, and Chushojima Station.

You can also find ashtrays inside some stores and facilities. However, sometimes those ashtrays might exclusively be for customers of shops in those areas. What’s more, if they're in a Public Nonsmoking Area and you end up smoking in the streets, you will be fined, so it’s safer to avoid them.

There are usually ashtrays set out in front of convenience stores, too. Although there are lots of Japanese people who smoke in places like these, it's actually not allowed. Those ashtrays are for people who were mistakenly smoking while walking to throw away their cigarettes before they enter the store, and it is not a smoking area.

Where Can You Buy Cigarettes?

If you want to buy cigarettes in Japan, then the easiest place to get them is at the convenience store (some stores do not sell cigarettes). The price range is usually from 400 - 500 yen and all you have to do is say which brand you want at the cash register. Of course, they also carry popular overseas brands like Marlboro and Lucky Strike.

Supermarkets and pharmacies also carry them, and there are cigarette shops scattered throughout the town, too. Some hotels and other lodging facilties may have cigarettes for sale at the front desk.

There are also cigarette vending machines set up in various places around town, but to buy them you need a “taspo” IC card. However, visitors in Japan cannot use these, so keep this in mind.

Kyoto is a place that strives to protect the city's beautiful sights. There are many wooden buildings, so it would be a disaster if a fire were to occur. For heavy smokers, it’s recommended that you look up where you can and cannot smoke in Kyoto before visiting.