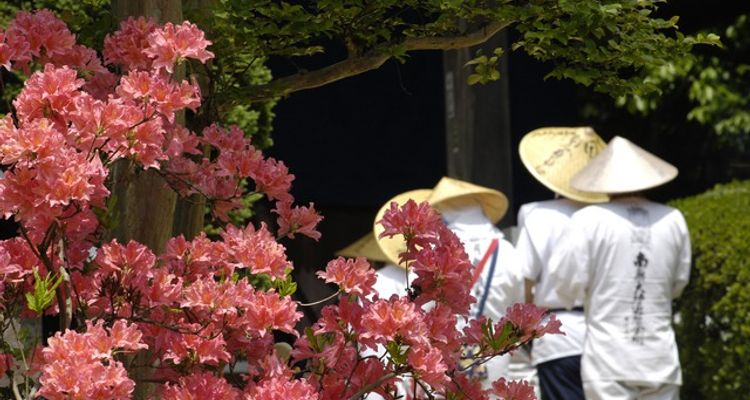 Shikoku Pilgrimage: One Walk That Could Totally Change the Way You See Japan

Had enough of sightseeing in Kyoto and Nara? Walking on a pilgrimage can be a new way to get closer to the heart of rural Japan! Shikoku Pilgrimage is celebrating its 1,200th anniversary this year. It is a Buddhist pilgrimage to visit 88 temples associated with the great priest Kukai (774–835) known as Kobo Daishi. The pilgrimage used to be popular among middle-aged or older people only. But gradually, the number of young pilgrims has increased. And recently, more and more non-Japanese pilgrims walk this route to experience something "different." Pilgrims on this pilgrimage are called Henro (or O-henro san to be polite). The route is a 1,200 km circuit along the coastline of Shikoku Island. There are many choices about how to go and where to stay. You can join a bus tour, use public transportation, rent a car or ride your own bike. You can stay at inexpensive hotels, youth hostels or temple lodging. There is also zenkon-yado, free or very low cost lodging provided by local people for walking or biking pilgrims only.

Now, if you decide to walk the whole way and stay at zenkon-yado or camp on the roadside, it would never be like any conventional sightseeing tours you have ever been on! Are there special outfits?

If you want to give it a try, the traditional Henro outfit looks like this. Originally, the white jacket was meant to be burial outfit. In the old days, pilgrimage was a long, dangerous journey. Pilgrims had to be ready to die on their way and be buried at an unknown place. But now it is OK to choose modern sports wear instead.

The walking stick has a special importance. It represents Kobo Daishi, so you are not alone all the way through -- you always walk with him.

What do you do at the temples? You pray and get a temple stamp in your stamp book. But isn't it only for Buddhists?

OK, so Shikoku Pilgrimage accepts non-Japanese Henros. But they must be Buddhists to come all the way to pray at this many temples, right? Has Buddhism become suddenly so popular outside of Japan for some reason?
You might have these questions in mind. But No. Not all of them are Buddhists. You don't have to be a Buddhist to be a Henro here.

This pilgrimage is open to everyone, regardless of the nationality, ethnicity or religious background. Pilgrims walk this route not only from religious faith but for many different reasons, and all of them are accepted.

And you don't have to be a Japanese to be a guide for this pilgrimage.

A South Korean living in Seoul has become the first non-Japanese woman to qualify as a guide for the 88-temple pilgrimage course in Shikoku.

She is the first foreign woman among some 15,000 registered guides, called “sendatsu,” since the Showa Era (1926-1989), according to an association that issues sendatsu certificates. She is the first South Korean and the fifth non-Japanese to be given the certificate.

“As a sendatsu guide, I hope to be of help to others and return the favors to those who helped me,” Choi said. What Shikoku pilgrimage gives you is not just the permission to join it. It gives everyone a chance to experience the custom of Osettai.

Osettai (charitable giving) means helping pilgrims by providing  food, money, ride or accommodation for them. The idea is that for those who cannot go on pilgrimage, henro, especially walking pilgrims are the people who venture on the dangerous and tiring journey on behalf of them. This custom still remains in Shikoku Island. And you will be surprised by how “giving” people can be in today’s world where many are obsessively protecting their own possessions. Sometimes visitors from abroad may see Japanese people as polite but distant.  But once you take a plunge into this Osettai culture, you might feel differently.

Recalling those years, Choi said, “When I got pains in my back, a local resident drove me to a nearby hospital, and there was also a time when a family let me stay at their home.”

On your way, you'll see huts like this one where you can stay overnight for free. You may feel like leaving a message at where a notebook or a bulletin board is available.  People's kindness will mean so much to you -- more than you ever knew. So, if you are  tired of visiting temples in conventional tours, how about this awfully interactive, totally new style of journey on the Island of Shikoku? Network for Shikoku Henro Pilgrimage and Hospitality
Homepage of David C. Moreton
Pilgrimage to The 88 Sacred Places of Shikoku

A Journey of the Soul