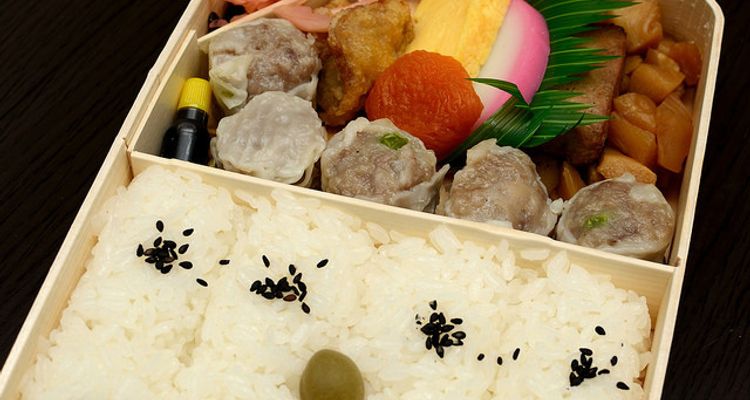 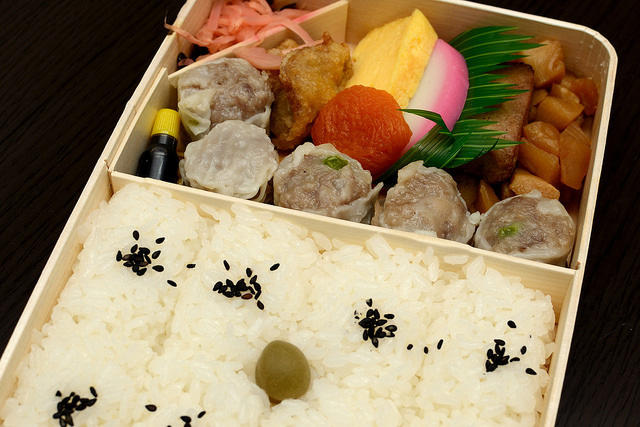 Seven bento you definitely want to eat on a Japanese train trip!

If you ride the bullet train in Japan, you'll definitely notice that the menu for the train bentos are related to the area you're going to. New train bento are being created every day and it's said that there are thousands of train bento varieties around the country. Among all of those thousands of meals, these are the top seven that you should definitely check out. Ekiben (駅弁) (railway boxed meals) are a specific type of bento boxed meals, sold on trains and train stations in Japan and Taiwan (鐵路便當). Today, many types of ekiben can still be purchased; at stands in the station, on the platform, or on the train itself. This is an ekiben full of luxurious seafood, just like island countries surrounded by water like Japan.
The squid was stuffed with rice before cooking, so a plump "ikameshi" is also included.

This bento is full of the fruits of the ocean, including scallop, salmon rose, shredded mackerel and salmon, and finally a fat ikameshi. This kamameshi (a rice, meat, and vegetable dish served in a small pot) is a porcelain bowl filled with rice and edible wild plants.
Even though it's an ekiben, the bowl is porcelain! It's a little surprising, but after you're done eating, you can use the bowl as your own tableware or as an accessories dish

The ekiben that uses Mashikoyaki earthenware, the Touge no Kamameshi, was created in 1958.

In the 1950s, the Touge no Kamameshi bento, which you could eat while it was still warm, overthrew common sense. After it was published in Bungeishinju, a monthly magazine, sales exploded. Finally, in 1962, as road trips became more popular, the Touge no Kamameshi drive-in opened (at the Oginoya Drive-in Yokokawa Store).Even today at every store, when buses arrive and leave, they are watched over with a kind gaze by the employees, so along with the deep taste of the bento, customers are left with deep memories. This simple sushi is made of trout and vinegared rice then wrapped in Japanese bamboo.
It is packaged with a knife, and with that you can cut it into bite-sized pieces.
Because it's simple, it truly tastes like Japan.

The origins of trout sushi began in the Heian period, when imperial envoys began carrying it as a gift. It wasn't the way we make it today; rather it was simply the fish and fermented rice in a dish called "narezushi," the precursor to today's sushi. From there, they began to eat it with regular rice (called "namanare"), and the restaurant where it started, Tenninrou, became famous. Sushi became very popular in the Meiji era and trout sushi became the shape that we know it today. In Meiji 41 (1908), they began selling ekiben and the "masu no sushi" became known as one of Toyama prefecture's souvenirs around the country. If we're talking about Tokyo's specialty product, many Japanese people think of fukagawameshi (rice cooked with clams) first.
The salty-sweet flavoring along with the fishiness of the seafood is delicious!

Fukagawameshi is clams in a clear soup cooked with rice. It was invented by impatient Tokyo fishermen that wanted something quick to eat. Though it's popular wherever clams are harvested, it was developed in the Fukagawa area of Tokyo, and therefore it was given the name of Fukagawameshi.
The umami of the clams and the use of ginger in the boiled eel gives it a fisherman-like heartiness, and it is garnished with pickled daikon and pickled eggplant. This unique bowl seems like it's modeled after chestnuts.
This is Japan's traditional dish, kurigohan (chestnut rice) made into an ekiben. The sweetness of the chestnuts is rather fresh.

Created in 1965, it's considered one of Kyushu's most popular ekiben. You won't forget the taste or the presentation in the chestnut-shaped bowl. The moment you open the lid and lay your eyes on the food, the sweet chestnuts will make you even hungrier. This ekiben is full of shumai made with plenty of ground beef wrapped in wheat flour wrappers. This ekiben is such a standard that it's the most commonly made in Japan! It has such a long, famous history that kiyouken has now come to commonly mean shumai.

Shumai bento is a representative ekiben of Yokohama produced and sold by kiyouken.
It is the most made and sold ekiben in Japan. Since it's a bento that is full of distinctive ingredients, the side dishes complete the meal. This ekiben is currently becoming more and more popular.
It's made by simply putting Sendai's specialty product, beef tongue, on top of rice.
The point you should notice is that before eating, there's a certain string to pull on the package that will heat it up right away, making this bento have a groundbreaking function to it as well as being delicious.

The warming function of this bento container allows you to eat it while it's piping hot. The beef tongue slices have each been grilled to perfection and you can smell the umami just by opening the box. The beef is full of protein and the vitamin-filled mugimeshi (boiled barley and rice) makes this an extremely nutritionous meal. It's garnished with vegetables pickled in nanban miso, so it's perfect to refresh your palate.