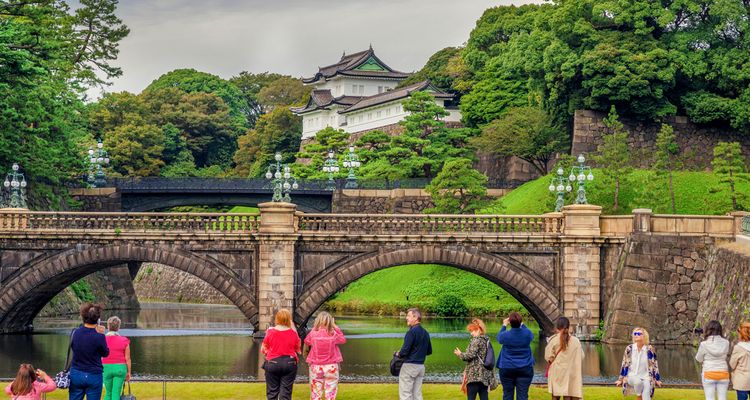 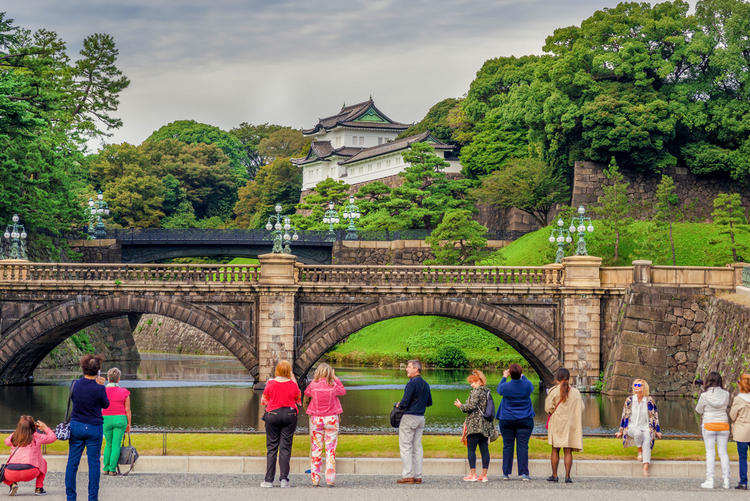 Secrets of the Imperial Palace: What to See on the Tour and What Will Remain Hidden

There is a certain captivating mystique when it comes to royalty, whether from their claims of divine bloodlines, their pivotal roles in historical events, or just the decadence and grandeur that comes with living in a palace. Whatever the case may be, the allure of royalty certainly also comes from their exclusive lifestyles, hidden behind high walls. If you’ve ever wanted to get a closer look at a day in the life of a monarch, read on, as today we will discuss the Tokyo Imperial Palace, what to expect on the tour, and take a peek behind the curtain at the private world of the Chrysanthemum Throne that is not open to the public!

The current location of the Imperial Palace was home to Edo Castle until 1869, at which time the Meiji Restoration (a revolution which reinstated the emperor as the practical ruler of Japan in place of the Shogun) effectively moved the capital of Japan from Kyoto to Tokyo and transformed the castle into the Imperial Palace we know today. The palace has undergone various major changes over the ages due to events such as a fire that burned down the old Edo Castle in 1873, and a major reconstruction after it was destroyed in 1945. In the heart of Tokyo and only about a 10-minute walk from Tokyo Station, the Imperial Palace grounds and surrounding gardens encompass one of the most valuable properties in all of Japan, and during the height of Japan’s bubble economy in the 1980s, it was even said to be more valuable than all the real estate in the entire state of California! The surrounding grounds of the Imperial Palace are open to the public year-round and play host to a number of attractions, such as the beautiful East and Kitanomaru gardens, grand moats, captivating architecture, and numerous galleries housing cultural treasures. If you would like to get closer to the Imperial family itself however, you will need to sign up for one of the free guided tours provided daily. While it is entirely possible to take part in a tour of the Imperial Palace without a reservation, it is recommended that you do so, especially if you are going to visit as a large group (groups sizes can be up to 50 people). Having said this, the maximum number of guests per day is 500, 300 of which are non-reservation spots, so as long as you show up before the scheduled tour time, there is a good chance you will be able to join the tour by registering at the Kikyomon Gate entrance to the palace.

The tour itself also starts from the Kikyomon Gate and is conducted twice per day in both Japanese and English, first at 10:00 am and again at 1:30 pm. The tour lasts approximately 75 minutes, and along the way you will visit 11 spots, including the front of the Imperial Palace itself (unfortunately, guests are not allowed entry).

Special Souvenirs Only Available on the Tour Aside from gaining access to parts of the Imperial gardens you normally wouldn’t be able to, there is also the added perk of visiting the “Kunaicho Seikatsu Kyodokumiai” Souvenir Shop on the tour. Don't let the shop's humble appearance fool you, it is home to special Imperial goods only available there which make for unique souvenirs!

One of these special items includes the Nihonshu Sake "Misono" (pictured on the right below), which comes from a famous brewery in Nagano and is said to be quite delicious. Misono is classified as a "Daiginjo" grade sake, which is considered the creme of the crop at sake breweries. Therefore, at the price of only 1600 yen, Misono is quite a deal!

In addition, there are items like cups and furoshiki cloth all with the Imperial seal (chrysanthemum seal) only available here for quite a reasonable price (500 yen and 1000 yen respectively). This shop is not only exclusive in the sense that access is limited, but it is also relatively unknown even to Japanese nationals. If you are looking to repay a kindness or express gratitude to a Japanese friend, something from this shop is sure to go over well, not to mention that they make great personal souvenirs from Japan as well! One of the premium times to visit the palace and surrounding grounds is from March 30th until April 7th, which this official period for cherry blossom viewing, or Hanami. In particular "Chidorigafuchi Green Way", located along the northeastern part of Kitanomaru Garden, is a spectacular spot to go cherry blossom viewing, with both sides of the moat lined with approximately 260 cherry trees providing a stunning pink canopy that fascinates visitors. If you are a bit disappointed that you are not able to see the inner grounds of the palace, fear not as there is still hope. Twice per year, the public can actually enter the inner palace grounds and even get to see members of the Imperial family. These special dates are on the 2nd of January when the emperor conducts a New Year’s greeting and on the emperor’s birthday, which with the induction of Emperor Naruhito and the start of the new Reiwa Era, is now on the 23rd of February.

Secrets! Special Divisions and Private Areas of the Palace Finally, the section you’ve been waiting for! Although there is a lot to see on the guided tour, there are still many aspects of the Imperial Palace that remain behind closed doors. Before we finish up today’s article, let’s take a look at some of the special things going on behind the scenes of the palace like the various divisions dedicated to specific tasks. If you are lucky, you may just get a glimpse at some of this activity during the tour. Within the Imperial grounds, there is a stable that houses 30 horses managed by the Vehicles and Horse Division. The horses are not actually ridden by the royals but are used to pull carriages for ceremonies and when welcoming ambassadors. The horses receive 10 years of training, and the carriage drivers undergo 6 years of training before being able to handle the horses officially as coachmen.

As for the vehicle side of things, there are 5 official states cars; The Nissan prince Royal (pictured above) being the car of the emperor, of which there are 3, and 2 Rolls Royces used for state guests. These vehicles have no license plates, and instead, they bear a special Imperial mark. The grounds of the Imperial Palace are large enough to contain an organic rice field maintained by the Garden Division. The rice field uses horse manure from the stables and every June rice is planted there by the emperor himself. The Garden Division also takes care of a bonsai garden, in which some of the trees are said to be over 1000 years old, making the garden a veritable treasury of Japanese bonsai trees.

The Imperial Guard: Police and Firefighters

The Imperial guard is special in that it acts as both the police and firefighters for the palace. Many Palace structures are made of wood, including three palace sanctuaries used for rituals and ceremonies, thus, protecting these structures is one of the duties of the royal guard. In addition, the royal guard police are directly under the National Police Agency, so the police within the palace are actually known as "Imperial Guard Officers." Not actually located on the Imperial Palace grounds, our final Imperial secret lies about 100 meters north of JR's Harajuku Station. Here, a special train platform (created in 1921) exists exclusively for when the Imperial family leaves Tokyo by rail. The Imperial train consists of five cars and also dons the royal chrysanthemum emblem like the other royal transportation.

Although this Imperial Platform has not been used in many years (the last recorded use was in 2001), it was opened to the public for one day in 2016. You can easily walk by the outside of this special platform, but there is not much to see aside from a high white gate, so we can only hope the platform will be opened to the public again soon.

With so much to see on the free tour, the vast public gardens, and the special events all located in the center of Tokyo, it is very possible to visit the Imperial Palace again and again. Whether you live in Tokyo or are visiting for a few days, stopping by the Imperial Palace should definitely be on your list of things to see in Japan’s capital. And who knows, if you go more than once, you may discover other secrets not listed in this article!