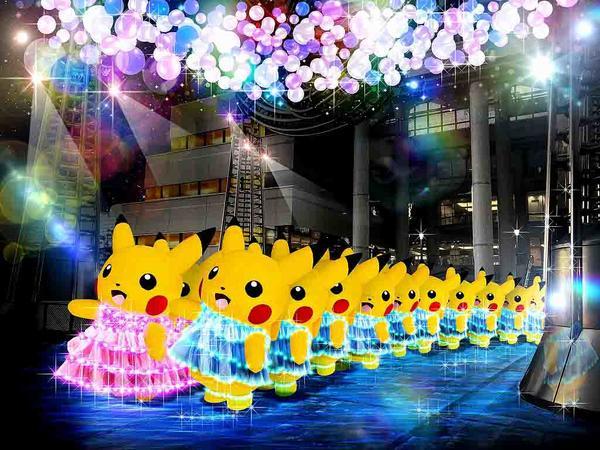 They're Back for 2018! Hundreds of Pikachu Spring up and March Through Yokohama!

"Pikachu Outbreak-chu!" is going to happen again, for the 5th time. This year, in addition to the usual daytime parade, these little yellow guys will take over Yokohama Minato Mirai at night as well! Plus, it looks like another character will also make an appearance... Who is it going to be?! Here is the latest information on this fantastic event that will delight Pokemon fans and Instagram users!

This year, over 1,500 Pikachu will take over Yokohama's harbor area, also known as "Yokohama Minato Mirai"!

Moreover, the parade will be held at night as well as during the day! Don't miss this spectacular show offered by the wonders of digital technology! The night performances will be different from the day time ones, so make sure you see both!

It's Back! The Super Wet "Splash Show"!!

The show will be held at Yokohama Red Brick Warehouse this year too! This has also been scheduled for both day and night for the first time. You don't need to be a child to have fun as the stage goes crazy with a synchronized performance of water, lights and projections!

Additionally, even though the details are still unclear, it sounds like they're considering making another lights and projections show using the whole inner harbor area of Minato Mirai! Make sure you check that out too.

A Whole Lot of Other Events!

As if that wasn't enough excitement, there will also be a Pikachu parade invovling the sea, where a parade and other shows will take place on the surface of the ocean, with a breathtaking nightscape in the background. This combo of modern technology, the Pokemon world, and the beautiful panorama of Yokohama Minato Mirai will be a thrilling experience for everyone.

Best of all, this year, Eevee will join the festivities as a special guest, with their very own parade! This makes it an unmissable event for any Pokemon fan!

More details are scheduled to be released between early and mid-July, so stay tuned!

G. Ohara
I am one of tsunagu Japan's main editors.