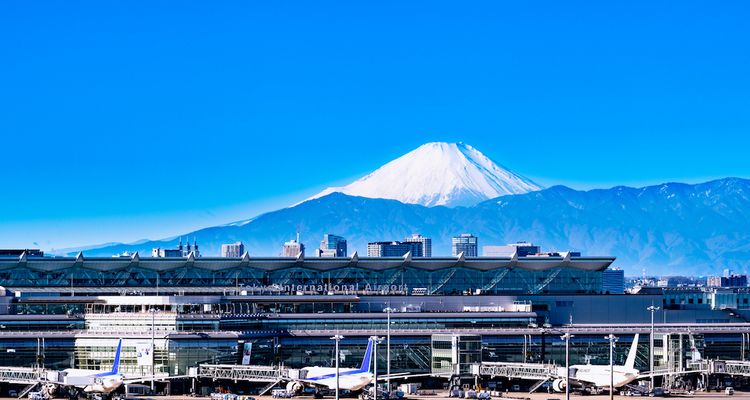 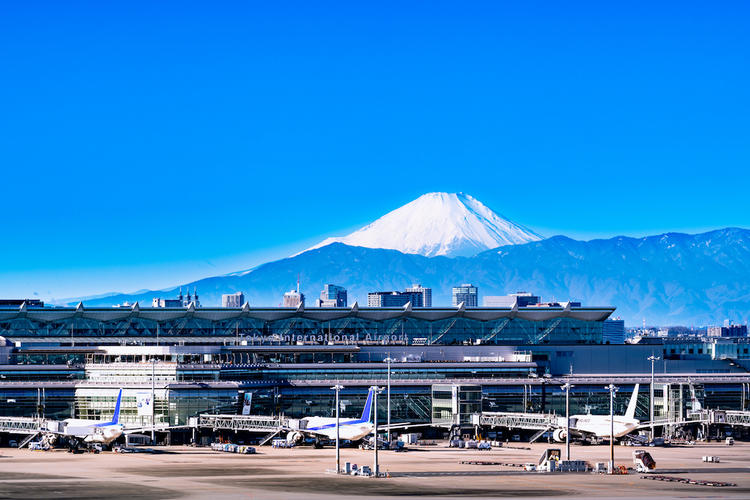 Ota City is the municipal ward in which Haneda Airport is located, but many people bypass it and go straight to central Tokyo. It may not be as famous as places like Asakusa, Shibuya, or Akihabara, but it is a charming area that is well worth discovering. This article introduces some spots in the ward, including ones that are convenient to stop by on the way to or from the airport, so take a look and consider including them in your plans!

*This article was written in collaboration with the Kanto District Transport Bureau, local municipalities, and local railway companies.

Where Is Ota City?

Ota City is the southernmost municipal ward of Tokyo, on the border with Kanagawa Prefecture, and the largest of the 23 wards that constitute the main part of Tokyo. It is home to Haneda Airport (Tokyo International Airport) and some of Tokyo’s richest residential neighborhoods as well as working-class neighborhoods and an area with small factories that are the backbone of many global industries. Here you can find some delightful places to visit, such as historic ruins and verdant parks, and Ota City also has the distinction of having the largest number of hot springs and sento (public bathhouses) in Tokyo! It is an area where tourists can enjoy themselves while experiencing the local charms of Tokyo.

In order to combat the spread of COVID-19, each of the spots introduced in this article follow various thorough safety measures. For details, please see the official site of each facility or the homepage of the local tourism association.

Honmonji Temple is the head temple of the Nichiren school of Japanese Buddhism and was founded approximately 700 years ago. Walk around the temple grounds enjoying the five-story pagoda, which is an Important Cultural Property of Japan, as well as the Tahoto (a stupa) and the wooden seated statue of Nichiren, the founder of the school. There are approximately 100 cherry trees on the grounds that blossom beautifully between late March and early April. There is also a festival called Oeshiki that is held from October 11 to 13 every year, during which time more than 300,000 visitors come to see the parade of delightful lanterns.

Tamagawa Sengen Shrine: A “Power Spot” with an Observation Deck with Stunning Views

Tamagawa Sengen Shrine is a Shinto shrine that was erected about 800 years ago, during the Kamakura Period.  Konohanasakuyahimenomikoto, a female deity for whom sakura (Japanese name for cherry blossoms) are said to be named, is enshrined here. Konohanasakuyahimenomikoto is considered to be the deity for household harmony and safe childbirth as well as the guardian deity for sea travel, fishery, agriculture, machinery, and prevention of fires. The cute cherry blossom-themed amulets and fortune slips sold at the shrine are popular. Within the shrine grounds, there is an observation deck that has appeared many times in movies and TV drama series. The view of the Tama River from this observatory is breathtaking. If the season and weather are right, there is even a view all the way to Mt. Fuji!

Anamori Inari Shrine: A Shrine Near Haneda Airport with Blessings of Business Prosperity and Travel Safety

Anamori Inari Shrine is a Shinto shrine that was founded about 200 years ago when it was constructed to protect villagers from a large hole that had been created as a result of frequent breaches of a levee. Worshippers can obtain the sacred sand, “Osuna,” that is said to help grant a variety of wishes, such as successful business and safe travels, from the Okunomiya shrine beyond a corridor of red torii (shrine gates) like the one pictured above. The shrine was originally situated within the grounds of Haneda Airport but was moved to the current location when the airport was expanded. There is still a grand torii gate at the southwestern edge of Haneda Airport that can be seen from the 3rd floor of the International Terminal.

Senzokuike Park is known for having one of Tokyo’s largest ponds. It is called “Senzokuike,” which literally means “a pond in which feet are washed,” because it is believed that Nichiren, who is enshrined in Honmonji Temple mentioned above, washed his feet there. The park is famous for its cherry blossoms and is full of stalls selling goodies and packed with visitors during the latter half of March every year. The ginkgo trees that change color in autumn are also beautiful in November. The views can be enjoyed from the path surrounding the pond, from Ikezuki Bridge, or from a rented boat. Ikezuki Bridge also becomes the stage for Shinsho-no-Hibiki, a concert of traditional Japanese music that is held in May every year. The park also has a playground for children and is perfect for a family outing.

Nishi-Rokugo Park: Where Even Adults Can Play Like Children

The photograph shows why this park is affectionately called “tire park.” It is a unique park with playground equipment and monuments made of old tires. There are two circular play areas with swings, slides, and climbing features exciting for both children and adults. The stunning monster that is 8 m tall and 20 m long is a kids’ favorite, and the ground is covered with sand as a cushion to protect children. The park has continued to fascinate people of all ages since its opening 50 years ago.

People don’t often think of Tokyo as a place for natural hot springs, but Ota City has the most hot springs among the 23 wards of Tokyo. Kamata Onsen, which opened in 1937, is known for its “black hot spring water” that is so dark, you can’t see the bottom of the bathtub.

The black hot spring water is said to have beauty benefits and is kept at two different temperatures: 45°C (113°F) and 42°C (107.6°F). Both temperatures are quite hot, so beware of staying in too long. The water feels a bit viscous, but your skin will be soft and dry to the touch post-bathing. Once you’ve enjoyed a bath, go to the 2nd floor for some food, drinks, and karaoke.

Sachinoyu: Start the Day with a Refreshing Morning Bath

Sachinoyu is a sento on the ground floor of a condominium building in a residential neighborhood. The water here has a light brown hue and helps to ease muscle and joint pain and tiredness. The indoor natural hot spring is recommended, as is the open-air bath which is wonderful for bathing in the morning.

Like Kamata Onsen, the water here is also natural hot spring water, and there is a jet bath and cold water bath as well. On the 2nd floor in the bath area, there is a sauna (extra charge) that is scented by herbs which are changed daily. It takes less than 10 minutes to get here from the nearest station, Kojiya Station, from Haneda Airport, so why not stop in to refresh your travel-weary body?

This is a new complex next to Haneda Airport built as a hub to promote the latest technologies and Japanese culture. There is the free Ashiyu Sky Deck (deck with foot baths) with a view of Haneda Airport and an array of spots to experience state-of-the-art technology, such as “DEJIMA by 1→10,” a VR tour through Japan (fee required); a fighter jet simulator (fee required); and a self-driving bus (free). It also offers great dining experiences through “Creadisce,” a gourmet spot that is open from 5:00 am to meet the demands of those on early flights, as well as “Satomusubi,” which introduces local foods from various regions of Japan.

Located approximately 5 minutes from Haneda Airport on the Keikyu Airport Express and 7 minutes from Shinagawa Station on the Keikyu Main Line Limited Express, Hotel Oriental Express Tokyo Kamata is in an ideal location for those traveling both by air and train. It is a hotel that is characterized by a feeling of hospitality unique to Kamata, an area full of small factories and workshops.

At the entrance to the hotel is an old lathe, a tool that was traditionally key to the operations of small factories. Also, be sure to note the signs for each floor from the 1st to 6th floors and the room plates, all of which are made using the sophisticated processing skills of the local workshops. The manufacturing materials that may at first appear sterile are given warmth by the craftsmen who supported Japan’s manufacturing industry and are in harmony with the guest rooms.

This is the world’s first hotel attended by robots, where a dinosaur robot will welcome you at the front desk. The hotel also boasts some dramatic features, such as volcanic eruptions in the lobby every 30 minutes between 5:00 pm and 10:00 pm.

Check-in is easily completed by choosing the language of your choice on the touchscreen panel in front of the robot. While staying at the hotel, “Tabii,” a tablet that is installed in the guest room, becomes your concierge, and “Handy,” a free rental smartphone, becomes your guide outside the hotel. The hotel incorporates a variety of the latest technologies so that your stay is just as comfortable as at any traditional hotel. There is a free shuttle bus to the airport and the breakfast, with a wide selection of menu items, comes recommended.

Ota City is an area with a wide variety of attractions, including history, nature, state-of-the-art technologies, and the small factories that supported its growth. It is a place where you will discover a different appeal every time you visit. Its charm differs from that of major tourist destinations, and is well worth discovering!