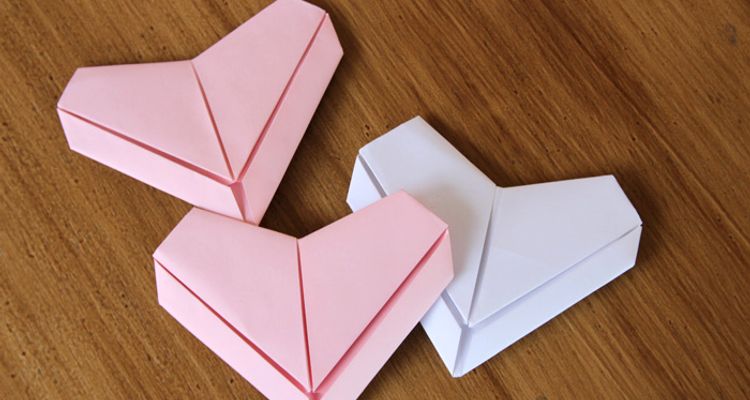 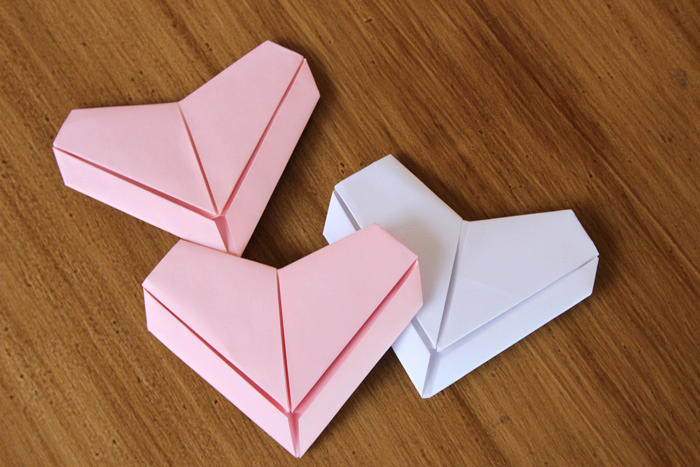 (Origami) How to Make Heart Origami

Most people send messages through emails and chat nowadays, but why not send a letter from time to time? This time, we’ll teach you how to make the perfect origami for handing over letters – heart-shaped origami!

The video below shows how to actually make the heart-shaped origami, so please take a look at it!

This time, you'll need a rectangular sheet of paper.

1. Fold the top part into a triangle and then lay it flat (unfolded).

2. Do the same for the other side.

3. Flip the paper. Use the intersection of the fold lines as a guiding point and fold upwards.

4. Lay it flat (unfolded) and flip the paper again.

5. Aim for the middle and fold the top part into a triangle (like shown).

6. Take one end of the resulting triangle and fold so it meets the middle.

7. Do the same for the other side.

8. Turn the whole thing over.

9. Fold the bottom upwards until it meets the base of the triangular part.

10. Fold the upper layer of the triangular part downwards.

11. Fold the bottom corners into triangles, making sure they meet at the middle.

12. Insert these corners into the triangle.

13. Fold the upper triangle's corners downwards by as much as you'd like. Note that it looks prettier if they're folded at the same angle.

14. Hide the tips of the triangles by inserting them like shown.

15. Turn the whole thing over, and you're done!

Even with origami that looks difficult to make, if you take the time and follow the instructions exactly, you’ll find that it’s a lot easier to make than you thought! Challenge yourself by trying to make many different kinds of origami!