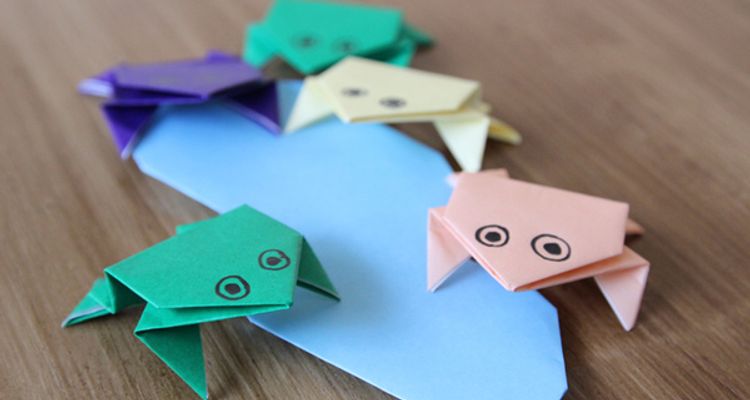 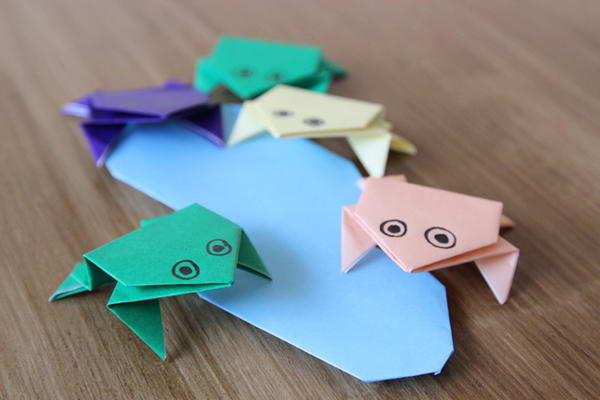 (Origami) How to Make Frog Origami

According to Japanese history, origami was originally made using Japanese paper (washi). They were used to wrap or decorate offerings to deities. The act of crafting origami became widespread during the Edo period (1603 – 1868) as a fun activity to do. This time, we’ll be showing you how to make frog origami that you can actually make jump!

The video shows you how to make frog origami in a simple way, so please watch it and follow along!

Fold the paper into half, crease it well, and then lay it flat (unfolded).

Fold it into half again (the other way).

Fold the top part into half, making sure it meets the center line. Crease it and lay it flat (unfolded).

Take the top right corner and fold it (like a triangle) so it meets the center line. Crease it and then bring it back.

Do the same with the left top corner. Remember to crease it and bring it back!

Aim for the middle and fold the top part into a triangle.

Fold the bottom half upwards.

Take the bottom left and right sides and fold them so they meet at the middle.

Fold the bottom half upwards so it hits the bottom of the top triangular part.

Pull the corners from the middle outwards, like in the pictures above.

Turn up and fold back the bottom left and right sides.

Fold the left and right corners of the triangular top part into an angle, like shown in the picture above.

Take the part you just folded and turn it over downwards.

Turn it over, draw some eyes on it, and you're done!

As shown in the picture, if you hold it down with your finger and let go, the frog will jump!