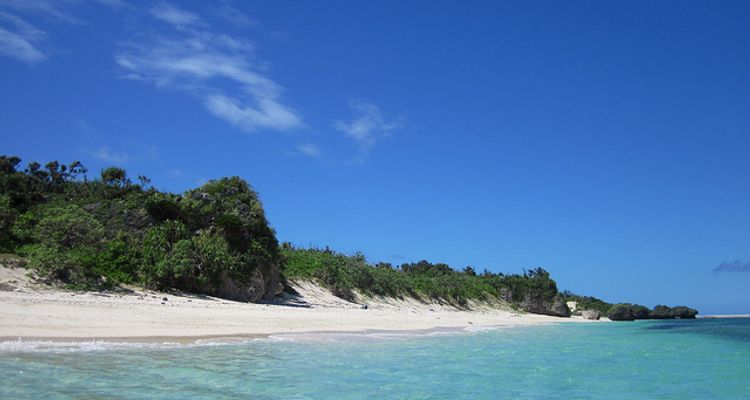 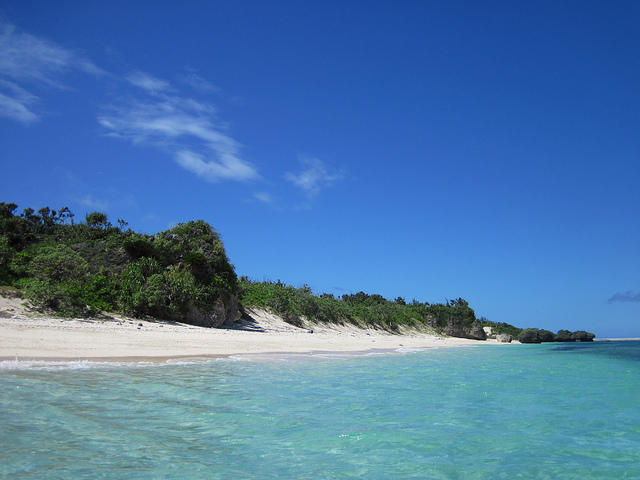 Okinawa is one of the most popular tourist sites in Japan. Many people go to Okinawa to get away from work and have some relaxation time. Why is Okinawa so popular?

The beauty of the ocean I guess most tourists go to Okinawa to go to one of the beautiful beaches or to do scuba diving. There are so many beaches in Okinawa and some of them are even known as the most beautiful beaches in the world! You can enjoy coral reefs and tropical fish. The sand is white, and when you walk on the beach, you can find some starfish and beautifully colored shells.

What else could be more relaxing then laying down on the beautiful beach while listening to the sound of the waves? Over the past 15 years, Okinawan music and dance has become more and more popular. Many people go to Okinawa to see music shows or summer festivals (in summer festivals in Okinawa, there are always Okinawan dance shows).
Okinawan music is very different from traditional Japanese music.
Some people say Okinawan music is relaxing. Some say Okinawan music excites them. And some say they feel nostalgic when they listen to Okinawan songs.
Okinawa also has some different types of traditional dance, and the most popular one is called "eisa". Eisa dancers use small or big drums and dance at the same time, and musicians sing and play the sanshin, the traditional instrument of Okinawa.
During the eisa season, which is summer, many tourists go see this dance. Eisa fans say it's very exciting and energetic, and it makes their hearts beat fast. Okinawan food is far different from Japanese food.
One of the most popular Okinawan dishes is Okinawa soba (Okinawan noodles). If you are a fan of Japan, I guess you would imagine Japanese type of soba, which is made from buckwheat. But Okinawan soba is made from wheat flour. There are many Okinawa soba fans who come to Okinawa just to eat it!
They eat unique vegetables and seafoods.
The most well-known Okinawan vegetable is goya. In English, it's translated as bitter melon, and people in some countries in Southeast Asia eat this kind of vegetable. It's called "nigauri" in Japanese, but since it has become so popular in Japan, now everyone calls it goya, and it's sold as goya even in grocery stores in other places in Japan.
Okinawan people also eat tropical fish and unique seaweed which people in other places would never eat. When people see those kinds of food for the first time, they might think it doesn't look delicious at all, but once they eat them, they become addicted!

Okinawa is a paradise!

Okinawa is attractive, relaxing, exciting, and interesting. Why don't you visit Okinawa and see those things by yourself? Mensore (welcome)!