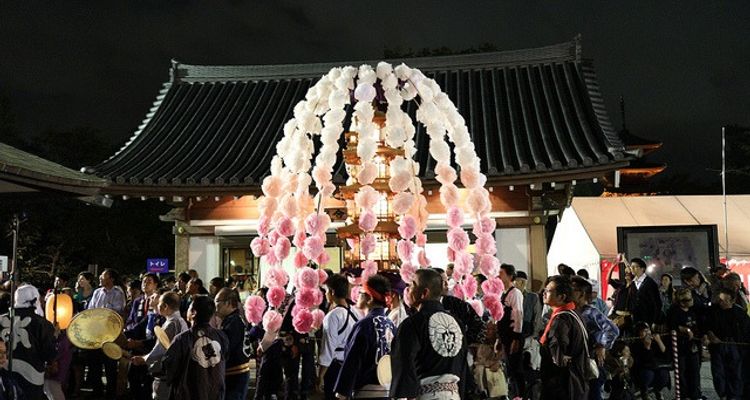 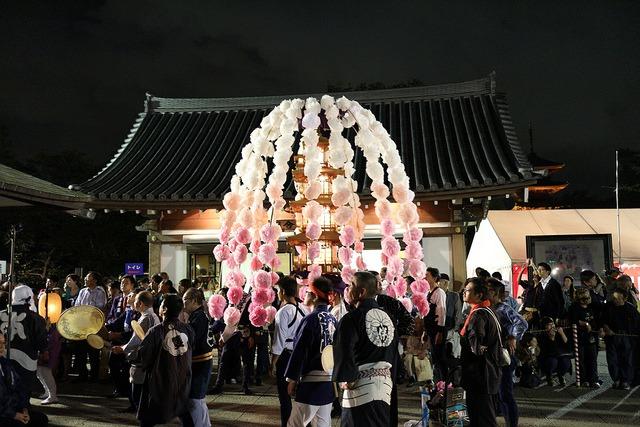 O-Eshiki Festival, a religious festival that you should not miss out in Tokyo

O-Eshiki is a religious service to commemorate the death anniversary of the founder of the Buddhist Nichiren Sect, High Priest Nichiren Shonin who passed away on 13th October, 1282 at the Ikegami Honmon Temple. He was 61 years old when he passed away more than 730 years ago. Buddhist temples throughout Japan will hold ritual service on 13th October, but a bigger service is held at Ikegami Honmon Temple in Tokyo from 11th to 13th October. The festival will reach its peak on the night of 12th October where there will be a long parade of Mando along a two-kilometer route from Ikegami Station to the celebrated temple. Mando, which literally means “10,000 lanterns”, is a rite where some 3,000 worshippers carrying sacred lanterns decorated with beautiful cherry blossoms. Another highlight of the ceremony is Matoi. Matoi is referring to the Edo period’s firemen. In the ceremony, Matoi will play flutes and drums to accompany the Mando. The mando are something like a parade float, which are about 5 meters (16.4’) in height. In its structure built in the form of a five-story pagoda with the Odaimoku (Namu Myoho Renge Kyo) or pictures of Nichiren Shōnin’s life depicted on the sides. The whole structure is lit from the inside and rows of artificial cherry blossoms are hung from the top on an umbrella to from a cherry tree, because it is said that when Nichiren Shōnin passed away the cherry trees came into bloom out of season. On the 13th, during the Rinmetsudoji Hoyo, the head priest of the temple sounds the gong softly and solemnly, just as the gongs had been rung at the very moment of High Priest Nichiren's nyumetsu, the death of a high priest entering nirvana. Nichiren Shōnin’s studies of the various Buddhist teachings, beginning with the Tendai Order at its headquarters on Mt. Hiei, convinced him that the true and only doctrine, the quintessence of Buddhism, was the Lotus Sutra (Hokke Sutra, the Sutra of the Lotus Flower of the Wonderful Dharma, or Saddharma Pundarika Sutra). He resolved that henceforth all Buddhist scripture should be judged in its light. His devotion was so deep that he changed his name to Nichiren. Nichiren means “Sun Lotus.” He described his name as follows:
“There is nothing so clear and serene as the sun and the moon, and nothing purer than the lotus flower. The Lotus of the Perfect Truth is like the sun and the moon and the lotus flower.” Nichiren left his residence in Mt. Minobusan for the hot springs in the Hitachi area in order to recover from illness, but he stopped short of his destination and died in Ikegami of the former province of Musashi-no-Kuni (present-day Ikegami, Ota-ku, Tokyo).