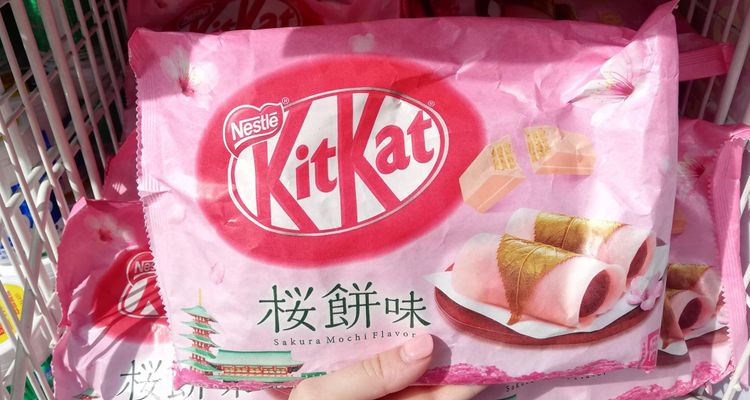 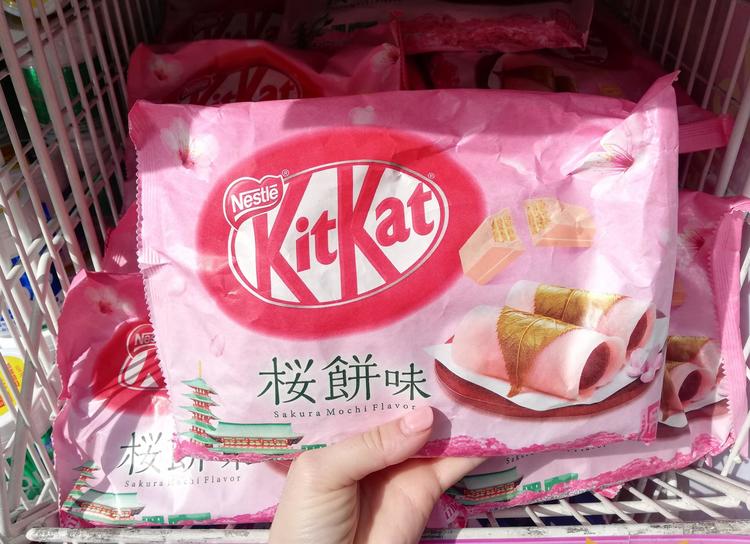 With spring right around the corner, sakura-flavored Kit Kat treats are making their way onto store shelves across the country. In this article, we’ll tell you all about why Kit Kats are so popular in Japan, where to buy them, and what other wild Japanese Kit Kat flavors you should try!

Why Are Kit Kats Popular in Japan?

What comes to mind when you think of Japanese food? Maybe it’s a beautiful slice of sashimi, colorful sushi, or a piping hot bowl of ramen. Those are undeniably the country’s most representative dishes, after all.

But what about Japanese sweet treats? Whether you’ve been to Japan or not, there’s a good chance Kit Kats and their wide variety of flavors might come to mind. Japan’s favorite chocolate snack is far more than a simple piece of wafer coated in milk chocolate: there are hundreds of varieties of Kit Kats in Japan, some classic, others rare, and still more downright strange.

Kit Kats have been a mainstay among Japanese sweets for nearly fifty years after first coming to the country in the 1970s. It wasn’t until the turn of the millennium, however, that this little snack took on a larger-than-life role in the sweets industry. The first new and experimental (but now standard) flavor, strawberry, was released around 20 years ago. Nearly 400 flavors later, Kit Kats today are an iconic part of Japanese food culture.

Nestlé Japan’s willingness to tinker with new flavors has earned this snack a lot of attention, but there are other uniquely Japanese reasons for this bite-sized snack’s big popularity. First is in the pronunciation: Japanese folks tend to pronounce Kit Kat as "kitto katto", which coincidentally sounds similar to the Japanese phrase "kitto katsu", meaning something close to “assured victory”. This pun has made Kit Kats a popular gift for those seeking a bit of extra luck, particularly for students taking exams.

The second reason is the Japanese tradition of giving souvenirs, or "omiyage", to family, friends, and co-workers after traveling. Regional Kit Kat flavors like Shizuoka wasabi, Hokkaido melon, and Shinshu (Nagano) apple make for cheap and fun souvenirs that are easy to share. This popularity has contributed to the snack’s popularity among travelers both domestic and from abroad.

While the year has only just begun, Nestlé Japan is kicking off the spring season with a returning favorite in Sakura Japanese Sake and a newcomer, Sakura Mochi.

Sakura, or cherry blossom trees are emblematic of the spring season. Sakura mochi is a treat typically enjoyed this time of year. and is made of pink mochi rice cake wrapped in a pickled cherry blossom leaf and filled with red bean paste. Both of these Kit Kat flavors were released March 2nd, 2020.

Other newer flavors released this year include Yuzu Matcha, a blend of green tea and citrusy flavors, and Ichigo (Strawberry) Daifuku, a traditional Japanese rice-based sweet with strawberry and red bean paste flavors.

Also recently released was an Easter Banana flavor. While banana is not a new flavor for Kit Kats, the brand is aiming to highlight their new, eco-friendly paper packaging by including a white, Easter-themed image on the front that can be colored in for fun. A bag of those would definitely make for a great souvenir!

Where Can I Buy All Those Kit Kats!?

The good news is that Kit Kats can be purchased in all sorts of places throughout Japan: convenience stores, supermarkets, wholesale locations, drug stores, and even at the post office! The bad news is that finding new or popular flavors, can be a bit daunting and perhaps even a bit expensive.

If you’re looking for a budget-friendly option with less variety, convenience stores and supermarkets will be your best bet. The massive general store Don Quijote can also meet your Kit Kat and other snacking needs on the cheap.

While most supermarkets such as SEIYU or wholesale retailers like Gyomu Super carry the basic rotation of Chocolate, Green Tea, and Strawberry flavors, they usually also carry a seasonal flavor. At the time of writing this article, the aforementioned three flavors along with the newer Yuzu Matcha flavor can be found in bags of 9 at SEIYU supermarkets for between 200 and 300 yen. Not too shabby!

Convenience stores tend to carry the newest flavors in boxes of 3 for around 120 yen per box. These smaller size options are perfect as a snack during your travels, and won’t take up much space in your luggage if you're looking for a small, packable souvenir. Currently, the Sakura Mochi and Sakura Japanese Sake flavors are available at Family Mart and other convenience stores throughout the country.

Keep in mind that the turnaround of limited edition flavors can be surprisingly fast in Japan, which means that the newest flavors could very well be sold out when you visit! Unfortunately for this author, the sakura-themed flavors were indeed sold out when he visited his local Family Mart. However, he did find another seasonal flavor: Raspberry!

If you want to ensure you can find the newest and most popular flavors, then souvenir and duty-free shops in and around airports, train stations, and major bus terminals are the way to go. Such shops will almost certainly be carrying both newer flavors and their regional flavors, and tend to cost between 500 and 1,000 yen a box.

Some examples include Tokyo Banana in Tokyo, Strawberry Cheesecake in the Yokohama area, a variety of fancy tea flavors in the Kyoto and Osaka areas, and the popular beni-imo (purple sweet potato) flavor in Okinawa.

For the truly premium and even gourmet Kit Kat experience, look no further than the Kit Kat Chocolatory locations. They can be found in in Tokyo and Osaka, and specialize in high-quality Kit Kat bars, flavors, and gift sets. While these ranges cost more than you might expect from the Kit Kat brand, their quality and uniqueness is sure to impress!

Whether you have plans to come to Japan for the cherry blossoms, the fall leaves, or to shred some slopes in winter, you'll doubtless find a brand new seasonal Kit Kat flavor each time you visit.

You’ll surely win some kudos from your friends and family by coming home with some unique Japanese Kit Kats for them as a souvenir!