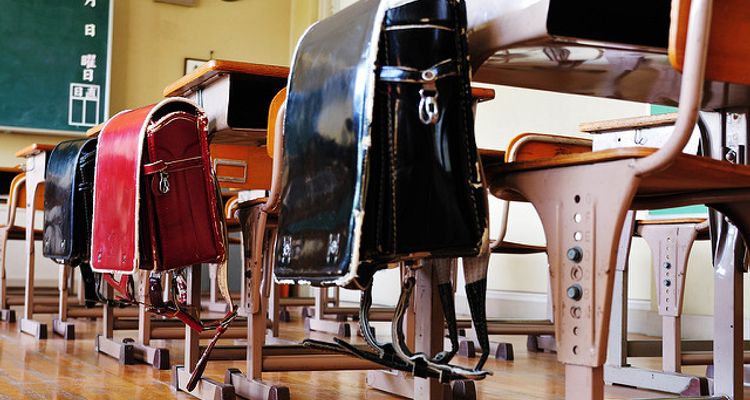 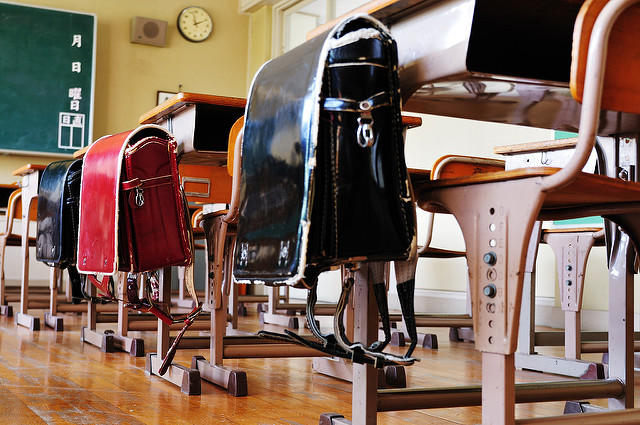 The Japanese elementary school has many regulations and customs. Here are 13 things I found the strangest when I experienced them as a child.

My childhood consisted of moving every 2-3 years around Asia, due to my father's job. I went to international schools, which are based on the American or British educational system. Between these periods, my family moved to Japan when I was 10. I went to a Japanese public elementary school. 10 year old me, who had only been to international schools, was about to face a totally alien culture of the Japanese elementary school. Here are the 13 things that baffled me the most. Uwabaki are canvas shoes made for indoors. Yes, children go to school, then change their shoes into indoor shoes. They must change into their other shoes every time they go outside. Uwabaki must be taken home once in a while and be washed. Some kids didn't do this at all and left them to go all black and dirty.

Straight translation: disaster prevention hoods. My school requested the parents to handmake these things. In daily life, the hoods will be wrapped around the chairs. These hoods came were used during emergency drills. This tells you, if you didn't already know, that Japan is a country with occasional earthquakes.

Randosel are school bags made out of hard leather. These bags can be pretty expensive, from 10,000 yen to 60,000 yen ($100 - $600 USD). Today, it seems that it comes in various colors. Back in my day (2002), there wasn't much of a variety. In my school, some adventurous kids got pink, light blue, or green, but most of the kids followed the unspoken rule: boys black, girls red. I was a girl, so I got red. I did not like it. The randosel was heavy, bulky, made my shoulders stiff, and hardly contained any books. Also, the parents intended to keep this bag until the final grade, so 6-7 year old kids hobble around in huge bags that don't look like they fit when they're 12. In order to promote daily personal hygiene, children were told to always have a clean handkerchief and pocket tissue papers with them. The school would have a weekly check. Some kids just used the same grubby handkerchief for these checks. It was disgusting. Also called Kouhaku (Red and white) hats. These hats are red and white reversible cotton hats with a rubber band in the middle. Most of the kids would tuck the rubber inside. At the P.E. festival, the children would be sorted in the red team or white team and compete against each other. Red and white are colors associated with competition in Japan. In ethics class, we would watch videos of stories with protagonists overcoming an obstacle by helping each other, or a very vague story about life and death. Then we would write a 700 word essay about what we learned from it. Oh boy. I hated abacus class. I didn't understand how to do calculations above two digits. The teacher told us only to use the abacus for answers, but I wrote down calculations in small numbers just to get by.

Calligraphy class was also a nightmare because a) my handwriting sucked, b) there were a lot of things needed and I was horrible at keeping things in order. I always ended up borrowing something from someone. After we write our words (usually decided by the teacher, like "dreams" -  夢 - or "hope" - 希望), the teacher would pin it up on the classroom wall. School life wasn't always about sweat and tears. Unicycles were very common in schools in Japan, and I got the bang out of it. I ended up being able to ride on a 2 m long one.

In my previous schools, lunchtime meant going to the cafeteria and getting your food served by the staff. In Japan, it meant aligning your desks into a group, getting out a luncheon mat (brought from home), receiving your food from your fellow classmates, saying itadakimasu (said before meals), and eating. After eating, the class would say gochisosamadeshita (said after meals), and tidy up.

If you were in charge that week, you had to wear an apron and a hood, walk to the kitchen, receive the food from the staff, and walk your way back to the classroom. The children were in charge of the food the whole class would eat. Occasionally, a first grader would spill something in the corridor. In my previous schools, we had janitors to clean the whole school grounds. In Japan, students were responsible for cleaning their own classrooms and toilets. This was performed in after school hours. The toilets were cleaned in turns by the first grade to the sixth. Last but not least, the nicchoku. Straight translation: Day duty. Day duty children were selected in random pairs, usually a boy and a girl. They would do small duties like calling on the class to start or writing down a simple diary for the teacher to see how the class was that day.