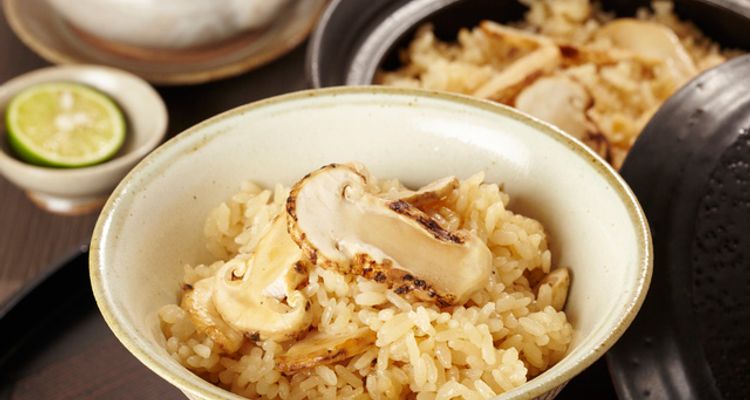 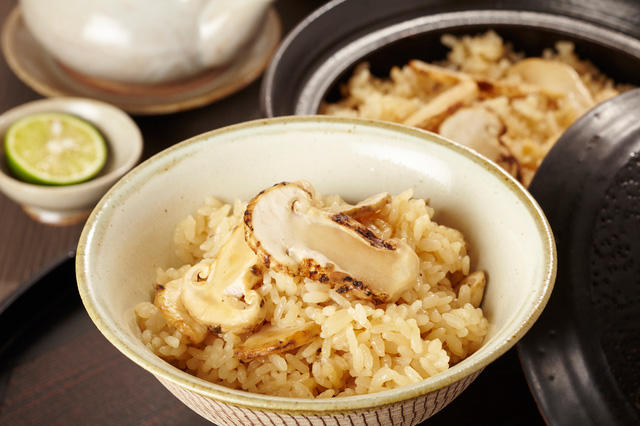 If you come to Japan, a country that enjoys the blessing of 4 beautiful seasons, please enjoy its seasonal food. Here are some recommended rice dishes made with autumnal harvest! Rice is essential in a Japanese kitchen. The most basic way to eat it is white steamed rice. However, as Japan enjoys the blessing of 4 beautiful seasons, rice is also used to appreciate seasonal harvests. Chestnut is a symbol of fall in Japan. For example, at a convenience store, many seasonal snacks or sweets with chestnuts are sold in autumn. This is rice cooked with chestnuts , called  “kuri gohan". You can even find pre-packaged kuri gohan at supermarkets. This is satsumaimo gohan, made with sweet potatoes. Everyone in Japan has eaten this at least once in their lives. Do you know what matsutake mushrooms are? They're Japanese mushrooms that are available only during the fall and has a special aroma. It's super expensive.

Matsutake (Japanese: 松茸, pine mushroom, Tricholoma matsutake = syn. T. nauseosum) is the common name for a highly sought-after mycorrhizal mushroom that grows in Asia, Europe, and North America. It is prized by the Japanese and Chinese for its distinct spicy-aromatic odor. Matsutake gohan is a very expensive dish but it's worth it to eat it at least once in your life. However, since matsutake is too expensive to buy for a regular meal, many Japanese people enjoy kinoko gohan (mushroom rice) with other kinds of mushrooms. Mushrooms are harvested in the fall in Japan, so you can find all kinds of mushrooms. Japanese people eat salmon during whole year, but fall is the best season to eat it. People make shake gohan with salmon in the fall. If you add plenty of mushrooms, it's a perfect autumnal dish!