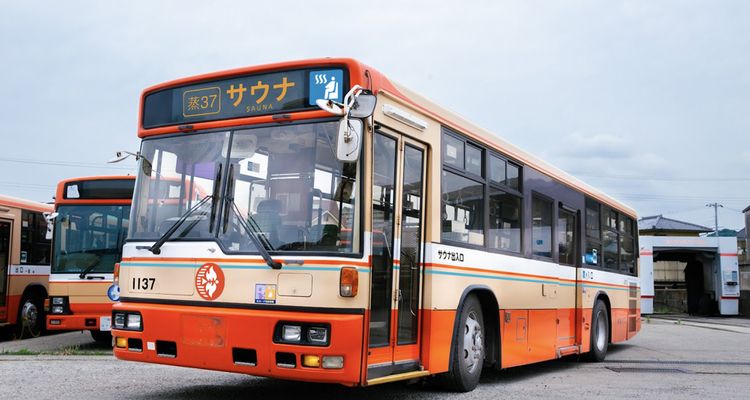 Ever since the COVID-19 pandemic hit, companies across the world have been forced to seek new sources of income. These new saunas on wheels, set to make their debut in Hyogo Prefecture in early 2022, are yet another project aimed at supporting Japan's commuter bus operators, which have been hard hit by the lack of passengers from the pandemic. If you love the idea of relaxing in a sauna anytime, anywhere, read on to learn more!

The idea of mobile saunas is, surprisingly, not entirely new. They appeared in Hungary before in bus form, and apparently they're popular enough in Finland to have their own festival. The "Sabus"—short for "Sauna" + "Bus"—just might, however, be the first time that anyone's converted an actual commuter bus into a sauna and then toted it around from place to place as a sauna on wheels.

It will be separated into two spaces: a rest space and a sauna space.

The sauna space will not only utilize a real wood-fired sauna stove, but pressing the stop buttons will activate a mechanism that pours water on the sauna rocks, generating more steam. Tack on the gorgeous wooden interior reminiscent of a traditional Japanese sauna, and you've got a surprisingly authentic sauna experience on wheels.

The project started as a way to give disused buses a new life as well as commuter bus operators an alternative revenue source in the eventual post-pandemic age, where more people than ever will choose to work or study from home. The Sabus will be making its debut in early 2022 in Hyogo Prefecture. We don't know yet if it'll spread past the prefecture, but if you happen to be in the area when it starts running, why not give it a go?

The Sabus will be making rounds around commercial facilities and outdoor spaces that have parking large enough to fit it. The exact schedule, costs, and other details have not yet been announced, so keep an eye out on their official website (Japanese only) for more information. But if all goes well, maybe someday we'll see a future where people can enjoy a sauna anytime, anywhere!