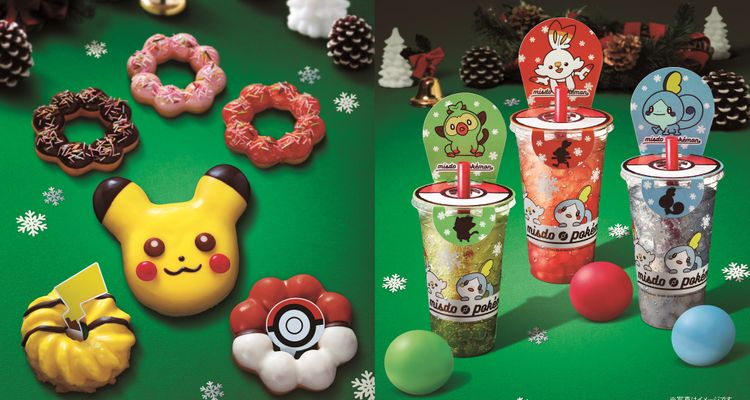 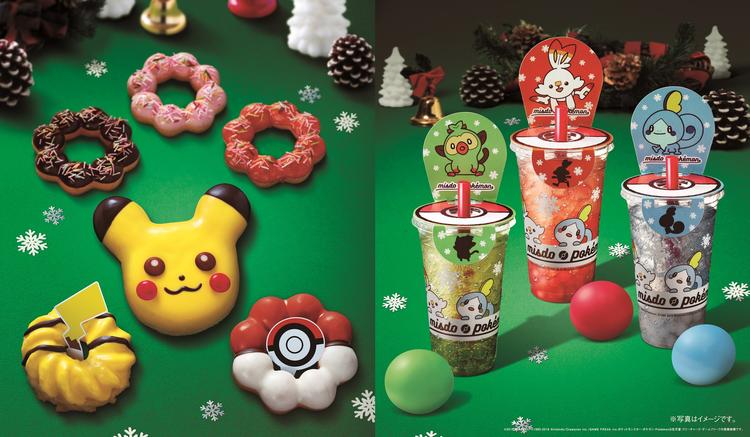 Mister Donut, Japan's biggest doughnut chain, recently launched its new Pokémon doughnut and drink collection to celebrate the new Pokémon Shield and Sword game's debut on the Nintendo Switch. With Pikachu and Pokéball doughnuts, tapioca soda based on the new starter Pokémon, and Christmas exclusive Pokémon goods, this collection is sure to be irresistible for Pokémon fans of all ages. Read on for all you need to know on how to get your hands on the collab!

This year's Mister Donut Pokémon collaboration features the return of the Pikachu doughnut that was a social media hit in Japan last year, as well as a new Pikachu Tail doughnut and Mister Donut's famous Pon-de-Ring doughnut transformed into a "Pon-de-Pokéball". Tapioca soda drinks themed after the new Pokémon Sword and Shield starter Pokémon are also available in three flavors.

The Pikachu Doughnut (240 yen plus tax) is made with a fluffy dough filled with whipped cream and a banana flavored chocolate coating.

Pon-de-Pokéball (180 yen plus tax) is the famous Mister Donut Pon-de-Ring coated with a strawberry glaze and then half coated in white chocolate to create the look of a Pokéball.

The Pikachu Tail doughnut (180 yen) was named by a fan vote on Twitter. This custard filled French cruller doughnut is coated with banana-flavored chocolate.

Exclusive Pokémon hand towels are also available in the Mister Donut Kid's Set. These towels come with a loop that can be used to hang the towel up or to roll the towel to create a Pokémon toy for kids to play with. Pikachu, Grookey, Scorbunny, and Sobble designs are available.

A free fold-up visor featuring Grookey, Scorbunny, or Sobble are also included in the Kid's Set, which comes with the choice of a doughnut, rice, pasta, hot dog, or pizza dish and a drink for 190 yen (take out) or 192 yen (eat-in).

Check out the New Mister Donut and Pokémon Collaboration!

The Mister Donut Pokémon collection launched on November 15th and is available at Mister Donut stores Japan-wide until the end of December 2019, or until stock runs out. There are around 1,300 Mister Donut stores throughout Japan, so you won't have to look far to get your hands on these adorable doughnuts!