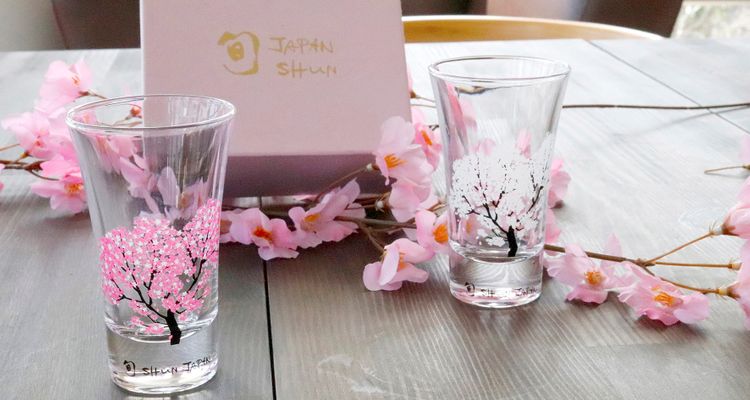 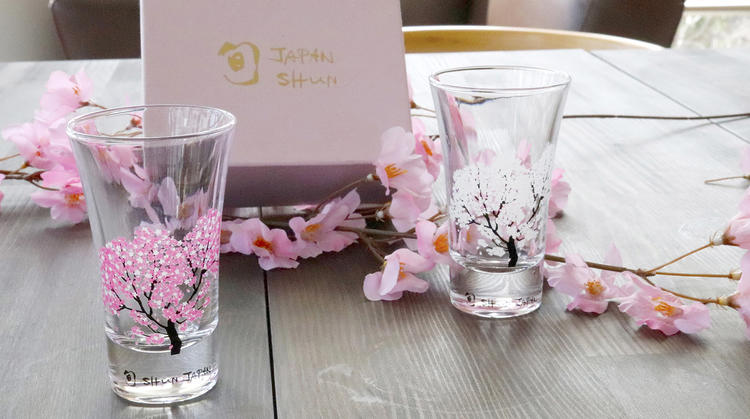 Mino ware dates back 1,300 years and comes in many different styles. In this article, we’ll be introducing crystal glasses made with techniques passed down by Mino craftsmen for generations. The remarkable thing about these elegant wares is that their designs change color when you pour cold or warm water into them. This particular lineup also features traditional Japanese motifs like cherry blossoms, fireworks, maple leaves, or Mt. Fuji (currently under development). We hope that these traditional Japanese crafts arranged in modern fashions will help you understand the beauty and the heart of Mino ware.

A Touch of Japan On Your Dining Table

The above video has been sped up. In reality, the colors of Mino ware glasses change much more slowly. Please enjoy the glasses’ maple leaves go from faint to vivid, just like watching the changing of the seasons in real life!

Mino ware is a type of traditional Japanese pottery originating from eastern Gifu Prefecture, which is situated roughly in the center of mainland Japan. It has a long history stretching back 1,300 years, yet even today it continues to grow and change. Today, about 60% of all domestic Japanese tableware is Mino ware, making it one of the most popular forms of pottery in Japan. Unlike other pottery of its kind, Mino ware isn’t restricted to just one shape. There are 15 different kinds of Mino ware (all designated traditional Japanese crafts), and their biggest characteristic is that they have no real characteristic.

Marumo Takagi produces many wares for use by professional businesses like hotels and restaurants, but their craftsmen’s skills have also been recognized by a higher authority. The studio actually sent their products as gifts to the Imperial Household Agency (which is in charge of state and administrative matters concerning the Japanese imperial family, and also keeps the Privy Seal and State Seal of Japan that’s used in official ceremonies) to celebrate the now-retired Emperor Akihito ascending to the throne as Japan’s 125th emperor.

You might be wondering why a pottery studio with such history would try their hand at developing a brand-new kind of glassware.

The idea came to the studio’s fifth president, Masaharu Takagi, while he was traveling the world teaching people about Japanese pottery. In the course of his travels, he rediscovered the amazing beauty of Japan’s four seasons and started thinking that “I want to express that beauty in Mino ware using brand-new techniques that no one’s ever seen before. I want to shake up the pottery world with my innovations.” And so, he set out to create something that Japan’s 15,000-year-old world of pottery had never seen before.

The most difficult thing to get exactly right was the changing of the colors. Using the combined knowledge, experience, and techniques of the superb craftsmen at his studio, Masaharu Takagi tried and failed countless times to achieve the effect he had envisioned. First, he developed white porcelain sake cups and transparent glasses with changing sakura and fireworks motifs. Then, he succeeded at creating the maple series where the leaves would change to another color, and finally, he came up with the Reikan and Onkan series.

The Reikan and Onkan series cannot be replicated. In order to create the glassware, Marumo Takagi artisans take into account the day’s temperature and humidity and create a carefully-adjusted blend of special pigments that change color in temperatures 17℃ and below, and 45℃ and above. The glasses are then fired in a special kiln whose temperature is also carefully adjusted by the craftsmen. Truly, the revolutionary Reikan and Onkan glasses can only be created in an established studio with centuries-worth of traditional techniques and skills behind it. When near their color-changing temperature, the series’ colors appear quite pale but then, once the glasses cool down or become hotter, you can see how the colors come alive and become more vivid, resulting in one sublime, revolutionary product.

The Reikan and Onkan Series Lineup

● The Sakura in Full Bloom Glasses

In Japan, cherry blossoms are widely considered a symbol of spring. When you pour cold water into these glasses, the temperate change causes their design to change from that of a pale snow-covered tree to a vivid and colorful sakura tree in full bloom. Pour some chilled clear sake into them and enjoy the sights and taste of Japan in one go.

In Japan, autumn is synonymous with vividly red, distinctively shaped maple leaves. With this glass, you can enjoy the sight of yellow maple leaves changing color to red as they do in real life in late autumn. Pour some chilled champagne into them and enter a wonderful world of contrasting colors.

● The Free Glass for Any Occasion

This highly versatile “free glass” comes in a maple leaf motif and is perfect for chilled mineral water, sake, white wine, or any other kind of colorless or near colorless drink.

● Fireworks and the Cool Breeze of the Japanese Summer Tumbler

There is no Japanese summer without fireworks, which are the motif here. Pour cold water into the glass and watch as the white shapes transform into vividly-colored fireworks high up in the sky. The mix of color is the star of the show here, so it’s best to use these glasses for colorless drinks like ramune (the clear Japanese soda often enjoyed at Japanese summer festivals) or other clear carbonated drinks.

● Relax and Enjoy Life with a Warm Mug in Your Hand

Unlike the Reikan Series, the Onkan Series aims to bring out the warmth of ceramics with a delightful mug cup. By pouring warm water into it, its black design will slowly start to become more colorful. On the left, you can see the maple leaf motif, and on the right, the sakura one. Colorful drinks like coffee or tea are best suited for this cup.