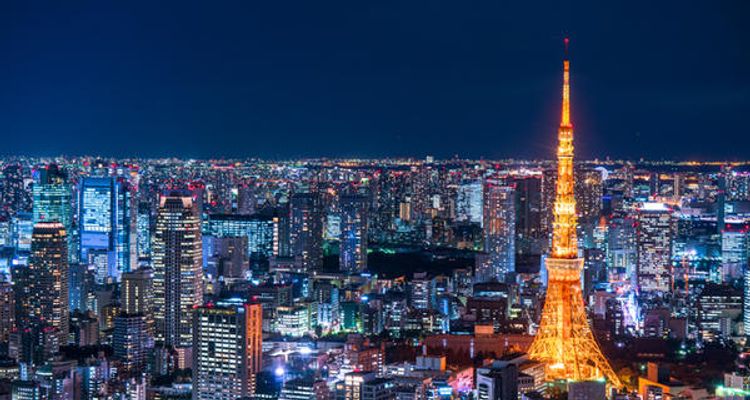 Looking at Tokyo from Statistics

Tokyo is a city full of fascination. It's different from any other city in the world. Let's look at Tokyo, from different statistics, in comparison with other cities around the world!

Tokyo, By the Numbers

Tokyo ranked 4th in the Global Power City Index (The Mori Memorial Foundation), following London, New York and Paris. It ranks and analyzes the comprehensive power of cities, focusing not only on livability, but on the function of the city as a whole. Tokyo ranked as the top city in Asia in the ranking. It is highly rated for its economy and research & development. A recent increase in the number of tourists to Japan is pushing Tokyo to move up in this ranking.

There is also another version of the ranking including intangible values, such as safety, hospitality, efficiency, etc. In this ranking, Tokyo outperforms Paris, taking 3rd place in the ranking!

Tokyo: The City with the Highest Urban Population

Tokyo ranks top in the population ranking of urban areas of the world, with its population estimated to be over 37 million people. (The urban population is different from the regular population in that it only measures the number of people who live in cities, or urban areas.) It is the largest megacity in the world! A megacity is a metropolitan area that has more than ten million people living in it.

Also, in the inner city of Tokyo, the population changes drastically during day and night. The population during daytime is more than 6 times larger than the registered population of residences.

Tokyo: The City with the Busiest Trains in the World In the top 50 busiest stations ranking, 46 stations are ones located in Japan. Among them, 27 are stations located in Tokyo. In the morning, the train heading to the city center is full of people. It is so packed that it is almost impossible to open and read a book. The station staff will push you in and when the doors open, the passengers flow out onto the platform. The subway operates throughout Tokyo as an important part of everyday life for people in the Tokyo area. There are 13 lines and 285 stations in the subway and approximately 8.9 million people use it everyday.

Tokyo: High-Class Cuisine Wherever you Go

Japan ranks top in the ranking indicating the number of restaurants per 100,00 people, outperforming the other cities by far. In Tokyo, you can enjoy many different types of cuisine, from traditional Japanese food to more contemporary ones, and dishes from many different parts of the world. It's not just the number of restaurants. There are many high quality restaurants in Tokyo too!

281 restaurants in Tokyo and Yokohama has received a star on the Michelin Guide, and out of those, 14 have received the highest ranking of 3 stars.

Tokyo: Most Creative City in the World

Tokyo is not just the political and economical center of Japan. It also is a cultural spot in Japan. There are 688 art galleries in Tokyo, ranking 4th in the list after Paris, London and New York. The number of book stores in Tokyo is also very high, ranking 2nd after Hong Kong. You can find at least one book store at any station in Tokyo.

Also, there is one surprising survey result indicating that Tokyo is the most creative city in the world. This research by Adobe in 2012, shows that many people feel Tokyo is a very creative city, even more creative than New York! Japan ranked 1st in The Safe Cities Index 2015 by The Economist. It is evaluated on 4 categories: digital security, health security, infrastructure safety and personal safety.

Tokyo ranks in the top ten for all of the 4 categories, and ranks top for digital security.

The research results can be found here.
http://safecities.economist.com/whitepapers/safe-cities-index-white-paper/

Tokyo: High-Ranked and Waiting for You!

So, as we have seen, Tokyo is overall highly rated.

It is a busy city, with so many people, but means of public transport are so well-developed that you can access almost anywhere in Tokyo by public transportation. It has many tourist spots to check out: world-renowned top-class restaurants, art spots, shopping areas, etc. Also, it is the safest city, definitely making it one of the most friendly cities for tourists too!