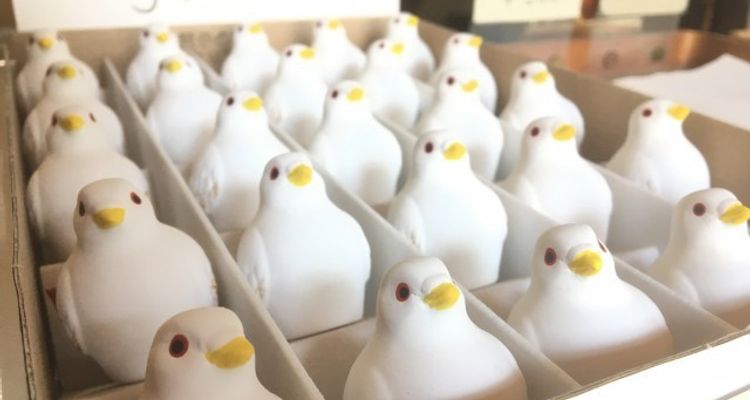 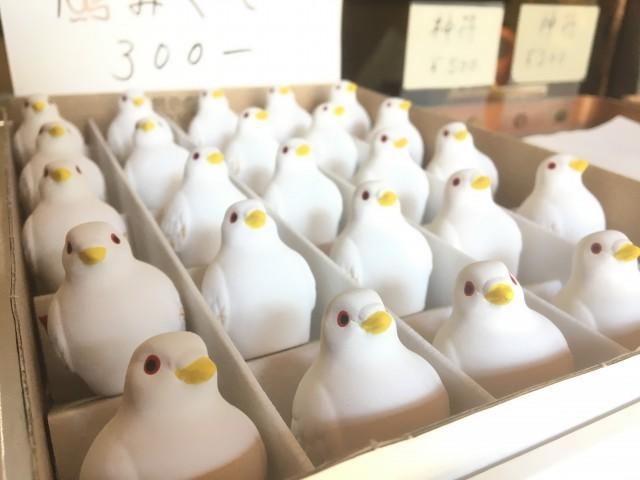 So Many Pigeons! A Beginner's Guide to Kyoto Miyake Hachiman Jinja Shrine

[Local College Students Introduce] There seem to be a lot of people out there who, despite being interested in temples and shines, find them difficult to approach or don't quite know what to look at when they visit. That's why local college students in Kyoto created this series of beginner's guides to animal-related shrines! This time, find out more about the Miyake Hachiman Jinja Shrine where the adorable pigeon is revered as a messenger of god. Read on to find out exactly why you should visit!

Miyake Hachiman Jinja Shrine is a shrine where the many adorable pigeon statues and souvenirs will make you smile.

What Kind of Shrine is Miyake Hachima Jinja Shrine?

Miyake Hachiman Jinja Shrine (also known as Miyake Hachiman-gu) is located in northeast Kyoto. Since it's located away from the main streets, the shrine's surroundings are peaceful and quiet. It's one of the prominent shrines in Kyoto, and according to the shrine's own records, it was set up between the 6th and 7th centuries. The shrine had wide influence across the Kinki area and was once a shrine where you'd see queues of worshipers waiting to enter.

The "Hachiman-gu" part of its name comes from it being a branch shrine of the Usa Hachiman-gu in Kyushu that worships the god Hachiman Okami. As he's a god that's widely worshiped by samurai, there are over 40,000 shrines dedicated to Hachiman Okami across Japan.

Additionally, he's also well-known for being a god that protects children from "kanmushi". The kanmushi is a bug that is believed to be the cause of child tantrums. Since the bad insect in the child is exterminated, he can grow up healthily.

Even today, Hachiman Okami is widely worshiped as a god that protects children. All around the shrine, there are many bibs with prayers for a child's healthy growth written on them. There are many people who come from far and wide to pray for their children.

The Atmosphere Within the Compound

Far from the hustle and bustle of the busy streets, the shrine compound is a place where you can catch a breather from daily life. The area is blessed with lush greenery and clear waters. Here, you'll be able to find a fountain (unusual for a shrine) and the town's water wheel that's used by surrounding villages.

It's really enjoyable to take a leisurely stroll in this serene environment.

The pigeon is the messenger for Hachiman Okami and is considered to be sacred in all the Hachiman-gu throughout Japan. Among them, the Miyake Hachiman Jinja Shrine has an especially deep connection with pigeons. There even used to be a festival called the Kamihato Taisai in which live pigeons were the stars of the show!

A pair of komahato pigeon statues stand in front of the Miyake Hachiman Jinja Shrine's torii gate. They're unusual even in Japan.

Normally, an agyo (open-mouthed dog statue) and an ungyo (close-mouthed dog statue) would stand on either side of the torii. These are known as "komainu". However, at Miyake Hachiman Jinja Shrine, what you'll find is a pair of stone pigeon statues, one in a sitting pose and the other in a standing pose.

Besides the komahato, there are many more pigeons that can be found in the shrine compound! You'll find pigeons on the chozuya (the place where you wash your hands to purify yourself before entering), the stone lanterns, lanterns, and the curtains used in the main hall.

If you take a closer look at the roof of the buildings, you'll find that pigeons are there too. Other than that, there are many pigeons hidden in places that one would never think of. It's fun to search for the birds as you stroll through the compound.

Real pigeons can also be found there. They're used to being around people and reasonably tame, which makes them really popular with kids. You can also buy some food (50 yen) and feed them.

Get Some Pigeon Souvenirs

Miyake Hachiman Jinja Shrine is also well-known for pigeon souvenirs! The first thing that will catch your eye is the Pigeon Fortune Slip (300 yen). The containers for the fortune slips are in the likeness of a pigeon, so they look really cute!

The Pigeon Bell (600 yen) is also a souvenir that's representative of Miyake Hachiman Jinja Shrine. The cute-looking pigeon bell attached to the strap is said to be a lucky charm.

Other standard souvenir items like Safety Charms (600 yen) and Ema (wooden plates where you write a wish) (600 yen) also feature pigeons in their designs.

Other than that, there's a wide variety of souvenirs, such as the kamihato (1,700 yen) and the Pigeon Flute (1,100 yen), which are both made with clay. If you'd like to make a contribution towards the prayer ceremonies, head towards the main hall.  On the left, you will find the shrine office where you can make your offerings.

What's this Pigeon Rice Cake that Can Be Eaten at the Shrine's Tea House?

At the tea house located within the shrine compounds, you'll be able to sample the Hato Mochi (Pigeon Rice Cake). This is the only place where you can eat it! These pigeon-shaped sweets come in 3 flavors - plain, cinnamon, and green tea. Stop by here at the end of your stroll in the shrine and refresh yourself with these sweets.

Isn't the shrine really attractive since you can get cute pigeon souvenirs and even tasty delectable sweets? There's also an Ema (wooden plates where you write a wish) Exhibition Museum (300 yen to enter / Open between 10:00 AM - 3:00 PM) where you can find out what worshipers were like in the past. Stop by there if you're interested in a bit of history!