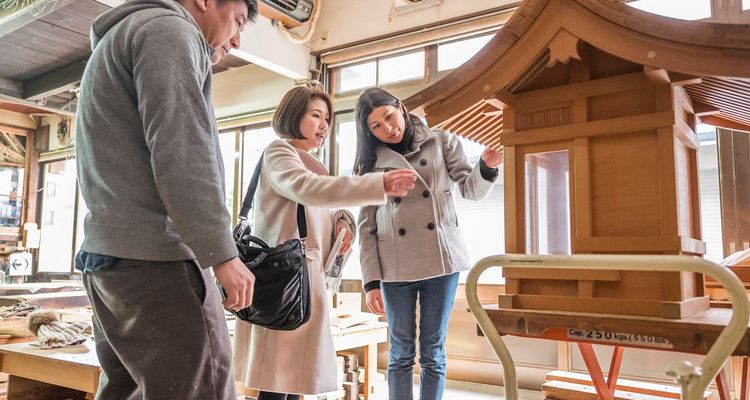 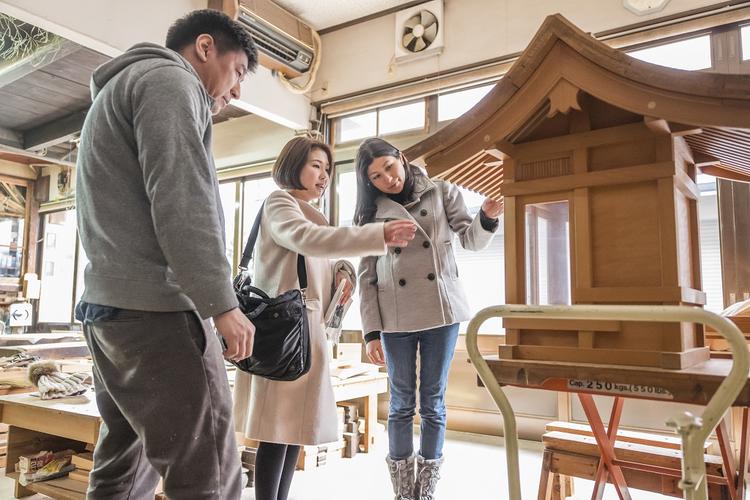 Kyoto is a historic city that has been carrying its culture and traditions for hundreds of years. This, of course, extends to its traditional crafts. In this article, follow an expat living in Kyoto as she heads out on a tour through the city streets and into the workshops of the masters of some of Kyoto's finest traditional crafts! You can also participate in the same tour that she did and learn about Kyoto from the experts with a guided tour into some of the city’s secrets! See details on how to participate below.

It’s hard not to notice how much the people of Kyoto value tradition. From yearly festivals that have gone on for over one thousand years, to traditional arts like Japanese tea ceremony for which Kyoto is famous even now, there is a never-ending supply of tradition that enriches and enlivens the city. An inherent part of Kyoto’s traditions and culture is the city’s many crafts, passed down by artisans from generation to generation. I wanted to learn about some of these crafts, so I took the Kyoto Imperial Palace Neighborhood Tour to explore some of the many workshops that lay hidden in the neighborhoods surrounding the Kyoto Imperial Palace.

My morning started off with a trip along the Karasuma Subway Line from Kyoto Station, just four stops up to Marutamachi Station. The station is located at the southwest corner of the Imperial Palace, right in the center of the city, so the area is bustling. There are people going in and out of the station and cars whizzing by.

Our tour was led by a Kyoto Visitors Host, one of the City of Kyoto’s officially certified guides. He was a Kyoto native, but had lived abroad for some time with his family, so he was very knowledgeable about life abroad and better able to frame life in Japan for the tour participants.

Into the Streets of Kyoto

The tour took us from the bustling city center into the quiet side streets surrounding the Kyoto Imperial Palace. At first glance it was like every other neighborhood around the city and Japan, but with our guide’s discerning eye, our walk around this seemingly everyday area was given so much meaning. We walked through streets lined with convenience stores, homes, schools, and businesses. It was a residential area where people go about their everyday lives. It was the perfect means for our guide to give us the 101 on everything Japan and Kyoto. Some of the must-knows included Japan’s most popular restaurants, the school system, and feng shui and its effect on Japanese architecture. Having a guide really brought the city and Japanese culture to life.

Something that stood out to me along the tour was the Jizo altars that stood on many of the streets that we passed. Over the course of the tour’s 90 minutes, we must have passed seven or eight of these altars, dedicated to this bodhisattva known for protecting children. Our guide told us that community members in each neighborhood gather for a summer festival dedicated to this statue each year, and children pass around a very long string of rosary beads as one of the festival rituals.

After our interesting dive into Japanese life and culture, we came to what I was looking forward to the most: our visits to the Kyoto craft studios. I learned that the city of Kyoto has around 70 designated crafts that have been passed down and refined from generation to generation. Unfortunately, some of them have very few remaining craftsmen, and in recent years some have disappeared completely, but tours like these are helping to preserve the crafts and introduce them to people from around the world.

The Kyoto Imperial Palace Neighborhood Tour takes visitors to a total of seven possible studios, but only two per tour, so if you want to see all of them, you’ll just have to participate multiple times! Let’s take a look at some of the traditional crafts you might see along the way:

You’ll be surprised to learn that the ingredients used to get that smooth lacquer shine are all natural. Visit a lacquer store and see how these amazing pieces are made.

Made with secret company recipes using ingredients collected from China and Southeast Asia, incense-making (and burning) is a very intricate process. You’ll have an opportunity to learn about the fine details of incense at one of Japan’s most famous producers.

These beautiful hina dolls with snow-white faces are carefully crafted masterpieces. They are typically displayed on special occasions a few times a year, but you can see them on display here at any time of year and learn how they are made right at the craftsman’s shop.

Though not a common practice in the west, smelling fragrant wood incense is a longstanding tradition in Japan. The fragrances are so familiar – like a walk through the woods – that it’s hard not to take another whiff.

During your trip to Kyoto, you’re sure to see plenty of Shinto shrines, but you may not have an opportunity to see the household altars in people’s homes. You will get to hear from a craftsman and see how these altars and other Shinto articles are produced.

Although it may not seem traditional, the wire netting that these artisans make is very important in preparing some of Kyoto’s delicacies, including tofu and tea. Learn about how they are made up close and where they make their way into the lives of Japanese people.

Japan is a society that relies highly on bamboo for its durable yet malleable nature. It’s used in everything from fencing, to tea ceremony utensils, to filaments in light bulbs. See some of the beautiful crafts that traditional Kyoto artisans make from bamboo.

It’s really worthwhile to see this side of Kyoto that has been passed down for so many generations. Not only do you get to learn about Kyoto’s many famous crafts, but you get to meet the people who make them! If you’re interested in exploring them yourself, do join the Kyoto Imperial Palace Neighborhood Tour.

Kyoto is an old city that has been carrying on its traditions for a long time. The time you spend observing traditional craftsmen at work and listening to their stories first-hand will surely be an experience you won't forget! Take part in this tour to have a valuable experience that you can't have anywhere else!