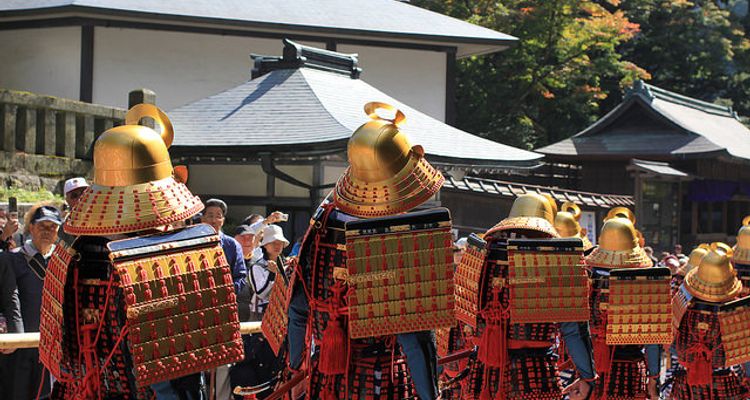 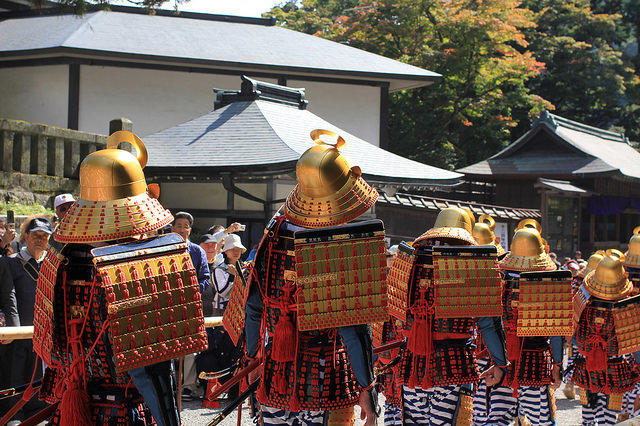 Join the samurai at the Shuki Taisai festival

Shuki Taisai Grand Autumn Festival is an annual festival celebrated in Nikko city where about 1,000 men dressed in Samurai costumes parade the streets.

If you love Japanese samurai, you should probably visit Nikko in October. If you do, you have a chance to travel back in time and surrounded by 1,000 samurai parading during the two-day Shuki Taisai Grand Autumn Festival. Shuki Taisai is held annually on the 16th and 17th of October at the Nikko Toshogun Shrine. One of the main attractions of this festival is the procession of 1,000 men, all in full samurai costumes. The procession is known as Hyakumono-Zoroe Sennin Gyoretsu – The Parade of 1,000 Samurai Warriors. The grand procession is led by a portable shrine, known as the mikoshi, and followed by samurai warriors including the armed cavalry made up of samurai carrying guns, spears, bows and arrows, and other weapons. The procession will bring you back to Japan in the 17th century, where the stability of the country depended on the military.

The procession begins at Futurasan-jinja Shrine in Sannai, Nikko and heads to Otabisho, about 1 km away. Otabisho is the temporary resting location for the mikoshi during the two-day festival.

The mikoshi will then return to the Toshogu Shrine via the Omotesando path. The procession is said to be the reproduction of the funeral ceremony of the first Tokugawa shogun, Tokugawa Ieyasu (1542 – 1616) who had asked to be buried in Nikko.

The procession of a Thousand Warriors is a reenactment of his final journey to Toshogu Shrine, a lavishly ornamented mausoleum constructed at exorbitant cost by his grandson. The vast mausoleum complex is itself a display of the sheer might of a family that was the supreme arbiter of power in Japan for almost three centuries. Also on the 16th, there is the performance of Yabusame to the delight of the numerous spectators. Yabusame is a contest combining equestrian skills and kyudo (Japanese-style archery) which was popular among the samurai warriors from the end of the Heian Period (794-1192) to the Kamakura Period (1192-1333); the archer shoots at three targets one after the other while galloping on horseback.