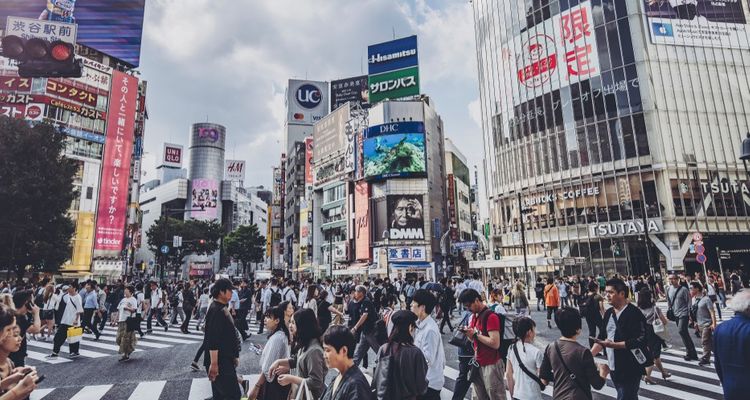 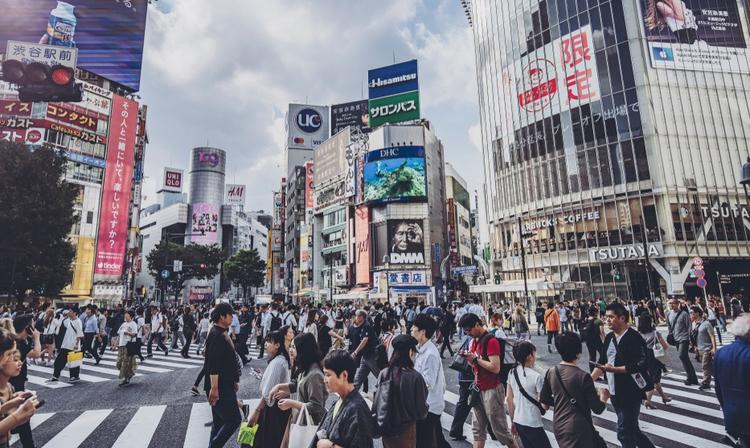 Japan in Numbers: What is the Average Monthly Income, Hourly Wage and Age of First Marriage?

When you think of someone Japanese, what kind of person comes to mind? Typically, Japanese people are thought to have a long life expectancy. In addition to this perception of longevity, you may have read about or heard rumors of Japanese people all being slim, living a prosperous lifestyle, and so on. But is this all true? This article will go through these commonly held perceptions of the Japanese and separate the truth from the lies.

Are Japanese people rich compared to people from other countries? Comparing the nominal GDPs of countries around the world based on data from the IMF (International Monetary Fund), Japan ranks third in the world after the United States and China (as of 2018). Based on GDP alone, it can be said that Japan has one of the world’s largest economies. However, Japan's economic strength as a nation and its people's prosperity are not comparable. This is because countries with larger populations often have larger GDPs. A more accurate representation of a nation’s standard of living is GDP per capita. Based on figures from the IMF and looking at Japan’s per capita GDP against other countries, Japan ranked second in 1988, but fell to 26th place by 2018, representing a great decline over the past 30 years. In other words, the data illustrates that people in Japan are becoming comparatively poorer with each passing year.

There are various views on the reasons why Japan’s annual income is lower than in other advanced economies. A shortage of talent due to a decline in education levels is one theory. Others claim that employment practices unique to Japan, such as the seniority-based wage system where companies pay employees based on age, have led to a decline in labor productivity. In terms of reasons why Japanese companies employ the seniority-based wage system, some believe that Japanese companies have a culture where they treat employees like family and allow them to keep working until retirement, while others point out that Japanese law makes it difficult for companies to dismiss employees. As you can see, people have different opinions toward the Japanese employment system. Just by looking at the numbers, it is evident that relatively speaking, Japanese workers are not that wealthy.

A Severe Gender Gap in Japanese Monthly Salaries: A 25% Difference!?

According to the OECD’s data on the gender wage gap, Korea ranked first (34.1%), followed by Japan (24.5%). This implies that compared to men, women earn almost 25% less income. Suppose that a typical Japanese man earns 1 million yen per month. Based on the findings, this means that comparatively, a typical Japanese woman only earns about 750,000 yen per month. Going back to the OECD's data, Israel is ranked third (21.8%) and the United States is ranked fifth (18.9%).

In “The Global Gender Gap Report 2018” (December 2018) published by the World Economic Forum, each country’s gender equality is represented by the gender gap index, which is calculated by measuring gaps in four key areas: the economy, education, politics, and health. Out of 144 countries represented, Japan ranked 110th, which illustrates a significant gender gap in Japanese society. In particular, the report identified the gender gap in politics and the economy in Japan as being an issue. Having more men in leadership positions and the tendency for men to earn more than women are suggested as possible causes to this inequality.

So why is there such a big disparity between men and women in Japan? Among the reasons pointed out in Japan, some people claim that women’s average annual incomes are lower than men’s, because only a few women want to get promoted in the first place, due to the difficulty of balancing work and taking care of one's family. Other people say that women’s average annual incomes decline since many women leave their jobs when they have children in order to look after them, as it’s difficult for them to obtain maternity leave and child care. Once women leave their jobs, it tends to be difficult for them to get re-employed. Both of these reasons go back to deep-rooted Japanese traditions, such as women being expected to take care of children, and the inflexible working environments of Japanese companies which, despite questioning and rethinking in recent years, still remains strong today.

The average minimum wage across the whole of Japan is 7.4 US dollars = approximately 805 yen, although even within Japan, there are differences depending on the region. For example, according to the Ministry of Health, Labor and Welfare, the minimum wage in Tokyo, the highest minimum wage in the country, is 1,013 yen. In comparison, in 15 other prefectures including Aomori, Iwate, and Akita, where minimum wages are the lowest, one will only receive 790 yen per hour (as of October 2019).

Are Japanese People All Slim and Short? Let’s Compare With the Rest of the World

Why then do the Japanese have lower average heights and weights than people from the Western countries? Generally speaking, one’s physique, including height, is determined by internal factors such as DNA and external factors such as nutrition, exercise, and sleep. When you look at factors other than the DNA and look at the differences in the environment where Americans and Japanese are brought up, you can see that one of the noticeable differences is in eating habits. For example, in the United States, people’s diets mostly include calorific meals that contain potatoes, meats, and dairy products such as cheese. On the other hand, meals in Japan are mostly low in calories, as they primarily contain fish and vegetables. In addition, while the average daily calorie intake of a Japanese is 2500 kcal, that of an American is 4000 kcal, which also shows a significant difference in the amount of calories they consume. You can say that these differences in food culture can contribute to the differences in their body sizes.

People tend to think that Japanese people live long lives, but do they really live that long? According to the “Average Life Expectancy Ranking by Country” provided by “GLOBAL NOTE”, a website that provides data and statistics, Hong Kong ranked first with 84.68, Japan ranked second with 84.10, Macau ranked third with 83.99, Switzerland ranked fourth with 83.6, and Spain ranked fifth with 83.33. Based on the results of this ranking, it can be said that Japanese people tend to live longer compared to other countries (as of December 2019).

There are some commonalities between Japan and other countries with higher life expectancies. These include well-maintained medical systems, medical expenses that are a relatively small burden on the population, and good social welfare systems. Another factor may be the eating habits of people in these countries. In particular, diet has been pointed out as one of the possible reasons behind Japanese people’s longevity. For example, fish, which is a main component of Japanese food, contains an abundance of DHA, which can help reduce the risk of blood clots, lowers blood pressure, and reduces the risk of heart disease. In addition, Japanese people tend to consume a lot of soy products such as natto and tofu, and they regularly consume green tea, which contains antioxidants such as vitamin C and catechin. It is thought that the unique Japanese food culture is one of the contributing factors to the people's longevity.

What about marriage in Japan? According to data on “Women’s Age of Marriage by Country” by “GLOBAL NOTE”, ranked first was Sweden where women tend to get married at 33.80 years old, second was Spain at 33.20, and third was Denmark at 32.4. Japan ranked 22nd at 29.40 years old.

On the other hand for men, Sweden ranked first at 36.6 years old, second was Spain at 35.40, and joint third were Italy and Norway at 35.00. Japan ranked 26th at 31.10 years old. When you compare the data of women and men, you can see that men tend to get married at a later age. In addition, although it is said that people are getting married later in Japan, when compared to other countries, you can see that Japan is positioned around the middle.