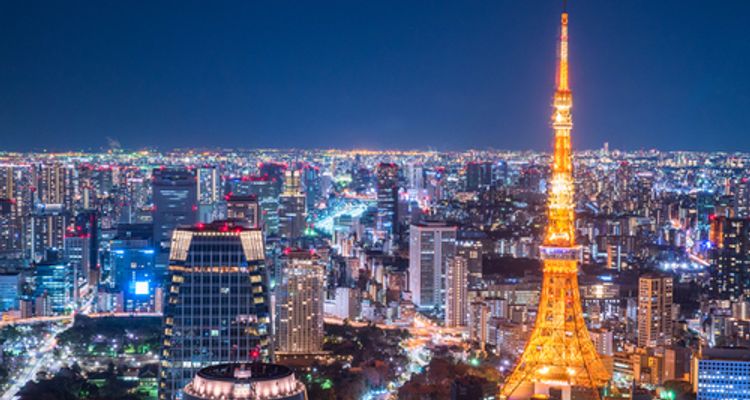 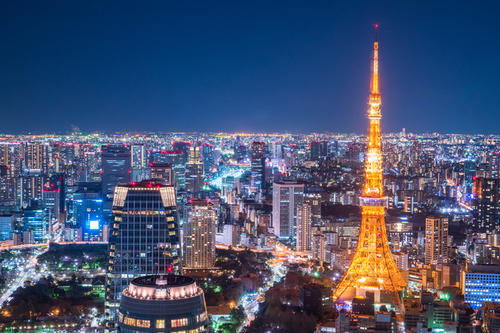 According to the Long Haul Holiday Report 2017 by Post Office Travel Money (UK foreign exchange provider), Tokyo hurtled itself forward in the rankings to become the No.1 cheapest long-haul travel destination in the world. But is this really true? We did some research to find out!

What is the Long Haul Holiday Report?

The Long Haul Holiday Report looks at the world’s big cities and resort destinations and, using the English pound, ranks them according to the prices of the following items:

Is This Really True? Let's Have a Look!

This is not a mistake. In fact, these prices come from large coffee chains that are known to sell relatively cheap coffee in Japan.

A cup of blended coffee (short size) from Starbucks Coffee Japan might cost 280 yen, but the same thing at Doutor Coffee – the second largest coffee chain in Japan – only costs 220 yen!

If you want to go even cheaper, the same cup costs 200 yen at Caffe Veloce.

Saying that a glass of beer costs 110 yen is a bit strange. The reality is that the price differs greatly depending on the shop. While there are plenty of shops that sell beer in a mug, most of the popular and cheap izakaya (Japanese pubs) – such as Torikizoku – still sell beer at 298 yen a glass. In other shops, the regular price seems to be around 400 yen.

That said, some izakaya that really stress low prices sell their beer for 100 yen a pop! If you use services such as beer tasting events, limited time events, happy hours, and all-you-can-drink plans, you can probably get the price down to 110 yen for a single glass.

Even at supermarkets, it costs around 200 yen for a 350mL can of beer.

While the price does change depending on where you buy it from, it is usually sold at that price at most places. You can buy a 500ml bottle of Coca-Cola for roughly 100 yen at the supermarket, or you can visit large fast food chains like McDonald’s Japan to grab a (short size) cup for 100 yen. If you peruse the drink bar at Saizeriya, a family restaurant chain, then you can drink as much Coca-Cola as you want for only 280 yen!

However, kindly note that the price tends to increase at cafes and bars. For example, it costs around 300 yen for a bottle at a cheap izakaya!

This pricing really only applies to some stores, but it is correct. At some family restaurants like Saizeriya and Bamiyan, as well as some izakaya, you can purchase a glass of wine for 100 yen. However, at other stores, this price shoots up to 300 – 500 yen. So if you want to enjoy wine for 100 yen, either head to Saizeriya or Bamiyan, or consider researching stores in advance.

Yes, this is true.

At Torikizoku, you can get cocktails like Cassis Soda, Fuzzy Navel, and Chuhai for only 298 yen each! At cheaper izakaya like Ikkenme Sakaba, it turns into an even cheaper 190 yen. There’s also plenty of stores where everything on the menu – including authentic cocktails – is sold for 300 yen, such as Ginza 300Bar.

This is a strange price, since even a Snickers bar (58g) at any supermarket or convenience store will cost around 100 – 130 yen, not 86 yen.

Rather than buy a single bar, it is recommended to grab a value bag with 9 mini Snickers (20g each) in it. You can find and buy this at supermarkets for roughly 280 yen per bag.

While this isn’t false, you can actually find it being sold for a lot cheaper! Rather than 1.5L, it is normal to find 2L bottles being sold at supermarkets and convenience stores. It costs around 100 yen for 1 bottle, but if you search around, you can even purchase a bottle for roughly 80 yen! A difference of 500mL doesn’t result in a huge shift in price, so it is recommended to purchase a 2L bottle instead.

We couldn’t find the exact product that’s in the picture, but some of Nivea’s other sunscreens are sold for around 500 – 600 yen at supermarkets, so we believe it should be accurate. Since the season for using sunblock has ended, it is difficult to find them being sold at supermarkets.

3-Course Dinner for 2 People (With 1 Bottle of Wine)

This is mostly true.

There are all types of restaurants in Japan – from ridiculously cheap restaurants to some of the most high-class restaurants out there – so the price can really differ. However, in general, a single person should be able to enjoy a course dinner (3 dishes and 1 bottle of wine) at any genre of restaurant – such as Japanese, Chinese, Italian, or French – with 2,500 yen. There are some restaurants that serve more than 3 dishes and include a 2-hour all-you-can-drink plan at that price as well!

However, why not try going out to lunch instead? There are plenty of stores where you can have a set meal with an appetizer, main, dessert, and drink for only roughly 1,000 yen! You’ll also find many stores with all-you-can-eat plans for that price. If you want to eat plenty for cheap, you’ll find a plethora of options at Tokyo.

The Results Can't Be Denied!

When thinking about cost performance for traveling, one would normally look at food expenses, accommodation costs, transport fees, and the cost of souvenirs. For the past 20 years, Japan has been experiencing steady deflation, resulting in prices remaining mostly stagnant. Thanks to this, the prices of products and services in Japan are relatively cheap compared to other countries.

Befitting of its status as the city with the largest population in Japan, Tokyo is home to a plethora of shops and companies. This means that market competition is high, resulting in an increase in the quality of goods and services throughout several industries. This has also resulted in a long-term price war that is still occurring today.

This price war is especially fierce with restaurants and bars, which is why there are many reasonably priced stores now. Also, the need to adapt to customers’ demands has led accommodation providers to diversify and evolve, bringing about a plethora of cheap accommodation options – such as capsule hotels that cost around 2,500 yen per night, guest houses, townhouses, and business hotels where one's night stay costs around 6,000 – 7,000 yen.

There are also several options for transport, so most of the time, you can easily take whichever train or bus comes first and still manage to lower your transportation costs!

Generally, the prices of goods are cheap here, so it makes sense that souvenirs are priced reasonably too. If you decide to visit discount stores or outlets instead, you can get great souvenirs for an even cheaper price!

In conclusion, it can be said that Tokyo has better cost performance than what most people believe.

We have several articles that show you how to spend less and save money while traveling around Japan. Please give them a quick read when you have the time! We've included one of them below.

Turns out that Tokyo really is a big city with plenty of cheap goods and services. Visit it to see the truth for yourself!