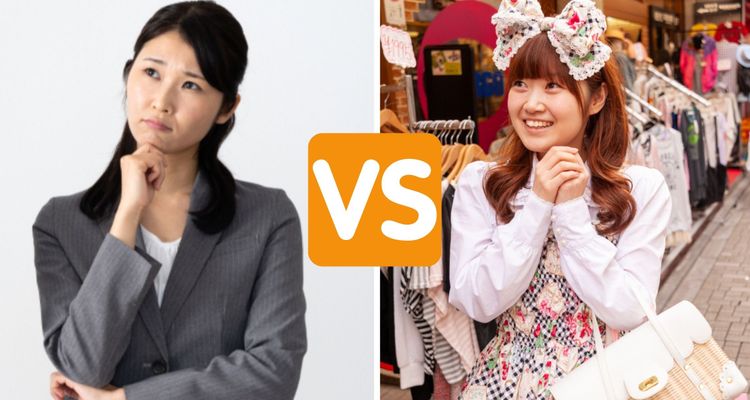 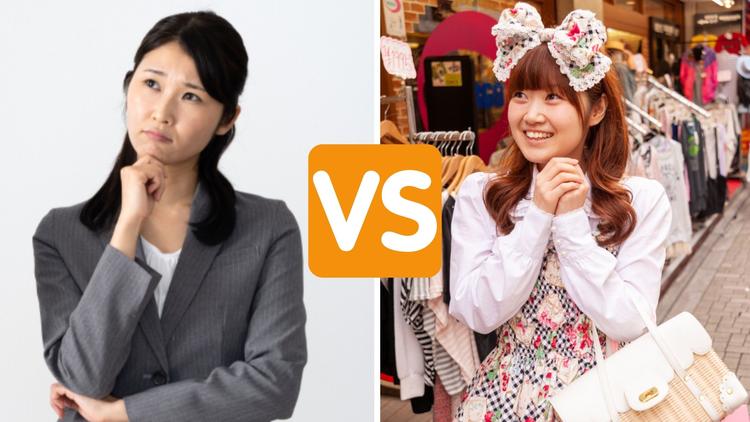 How the Japanese Assert Themselves through Fashion

It is said Japanese generally are not self-assertive in public. However, this may not be the case especially in fashion, particularly under the circumstances where "opportunities" are given to reveal their self-assertiveness.

One of the characteristic things about schools in Japan is the school uniforms. Not only do you have to wear a specific outfit, but usually there are also school rules about how to wear it, along with rules on hair colors and styles and other facets of appearance. Even though students wear their own clothes at universities or academies, when they go for job interviews, most of them wear suits, with makeup and hairstyles that all look quite similar.

After getting a job, they wear suits and there is usually some sort of dress code at the office, even if business casual is allowed. This fashion works for people who don't like to assert themselves or stand out in public.

Even these kinds of Japanese people sometimes assert themselves strongly through fashion when they know that there is a certain space in which they are allowed to be free. For example, they can dress up at cosplay events. People who live a normal life can enjoy the surprisingly outlandish clothes of some characters from anime or games and they meet each other with confidence and without being shy.

Another example is the lolita fashion in Harajuku which is very noticeable in the city. People are confident to walk around with friends who love the same fashion, especially if they go to Harajuku which is the center of fashion subcultures. Halloween costumes are also another example. Even though it is known that cosplay or lolita fashion are some of Japan's subcultures, but only a limited number of people enjoy dressing this way. Halloween costumes are not a special taste but something enjoyable for lots of Japanese people. It is gradually getting more exciting every year and the economic effect reached 110 billion yen in 2014 and it has become one of the biggest events of the year, even larger than Valentine’s day.

Japanese people who are normally quiet really enjoy this event. They tend to wear this kind of fashion at events, but nobody wears them on other occasions. This shows that Japanese are comfortable to join in a crowd who wear outlandish clothes, but they are not comfortable wearing different clothes to everyone during everyday life.

However, most people don't participate in fashions such as those worn in Harajuku or in subculture hobbies like cosplay. This does not mean that Japanese people all wear the same thing. Fashion magazines often have street snaps and recruit "reader models," normal people who apply to model for the magazine and get chosen because of their looks and personal style. One could say that in the Japanese collective consciousness about fashion, there's considered a time and a place: most people dress conservatively at work and in school, but they let loose when they have the chance.

The Japanese like to assert themselves by wearing their favorite outfits. For most people, they dress to the occasion (such as for work or to school), but express themselves joyfully in their private time.