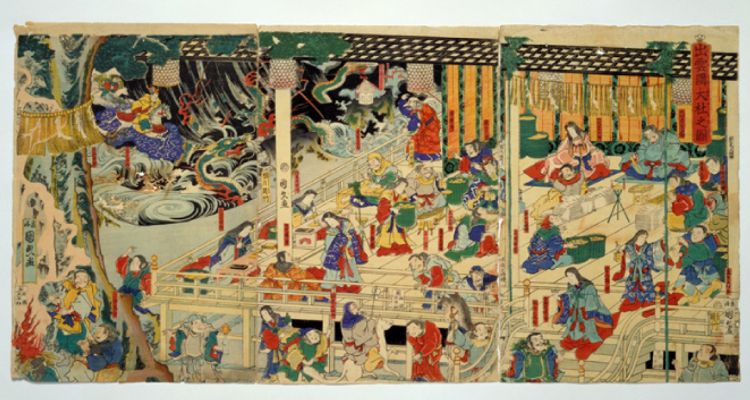 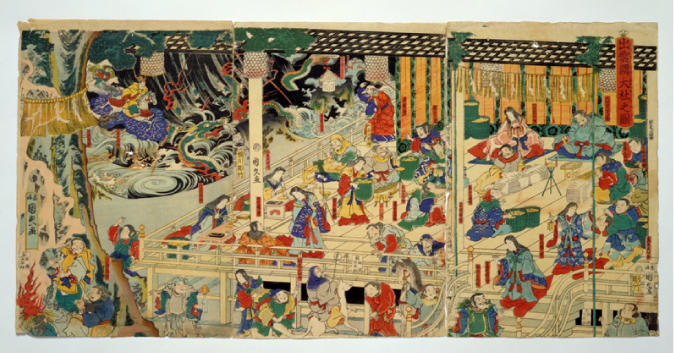 Hallowing the Unseen in Modern Japan

Even in modern Japan, one can catch a glimpse in numerous settings of an animistic perception of the world, in other words belief in and respect toward that which cannot be seen.

Clear cut figures are required rather than vague words on many occasions within the contemporary business scenes. Rather than expecting something that cannot be relied upon, Japanese seem to place more emphasis on visibly measurable goals today where sound outcomes are expected. Meanwhile, there is a traditional belief of myriad gods in Japanese culture with the notion of animism linked to the entire universe. Such notion has not been lost in the modern society. The idea of spirits within the unseen is taken for granted and certainly embraced in today’s Japan. "Taisha Enmusubi-zu" drawing that shows a big gathering of 8 million gods and goddesses. It is being kept in the Shimane Museum of Ancient Izumo[/caption]
www.izumo-kankou.gr.jp

Such phenomenon is seen in daily lives. Take the examples of ritual events throughout the year. Parents do not research the effectiveness of Koinobori, the carp-shaped wind socks for their sons. Nobody challenges the scientific validity of people making wishes at Tanabata, the so-called Star Festival on July 7th. Other than such seasonal events, people believe in ‘unlucky ages’ for neither visible nor statistical reasons and perform ritual ceremonies with the hope to expel evils. Even those who do not perform the said ceremonies, people still talk of concerns reaching the age regarded as unlucky. And even practical know-how and modern medicines are available, people would buy talismans when sitting for exams or giving births.

Perhaps the recent rise of spirituality may be linked to the return of the animism. Words are believed to possess spiritual essence in Japanese culture and the implicated power in words is emphasized in the current popular thoughts of ‘pulling luck’. Respecting the unseen is not a mere return to the old belief - it is the act of combining tradition with modernity. Take an example of Jichinsai, a ground breaking ceremony that takes place prior to constructing a new building. No matter how high-tech materials are used or designs of the architecture have changed drastically from the yesteryears, people would still pray for safe completion of the construction. Today’s Japan stands within the highly advanced technologies resulting from aspirations of visible achievements and the traditional sanctification of invisible spiritualities.