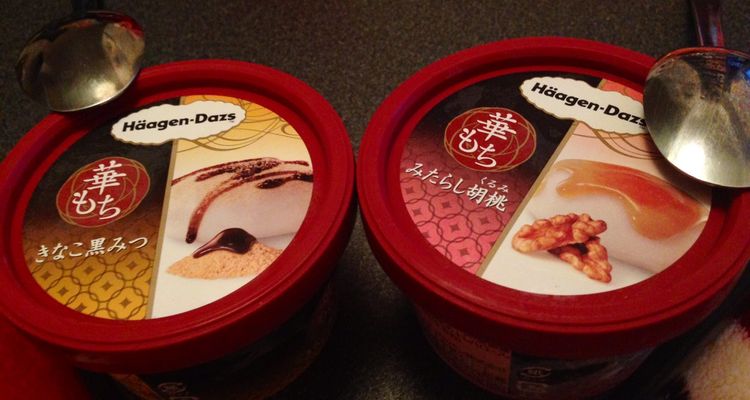 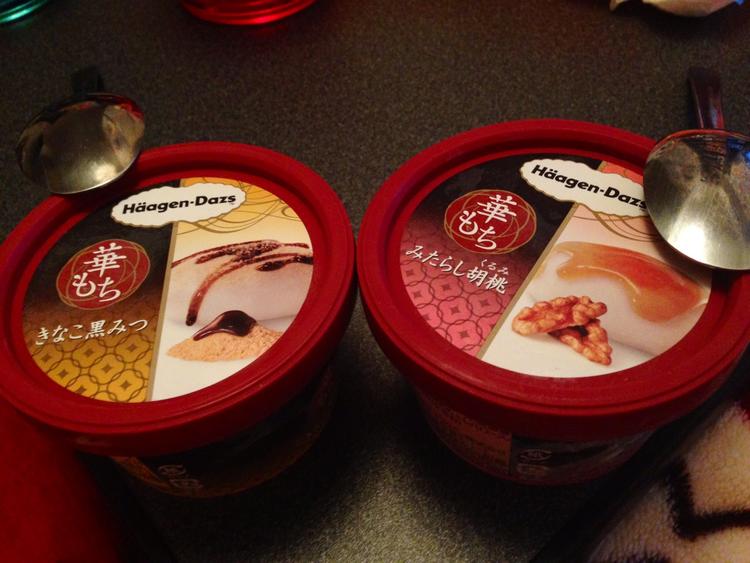 Did you know that Häagen-Dazs Japan has limited flavors you can only find in the country? We tried two of the new ones, which are modeled after Japanese desserts. Were they delicious or not? Find out here.

If you love ice cream, and you also happen to enjoy collectibles, then you'll be excited to find out that Häagen-Dazs Japan has created two new flavors that are on sale in the country for a limited time. If you're here, the flavors went on sale from February 24, so be sure to get to your nearest supermarket soon. The new flavors are part of the "Hanamochi" series and both have a layer of mochi - yes, real mochi - on top of the actual ice cream. Both are modeled after traditional Japanese sweets and were created for the Hinamatsuri, or Girl's Day festival in March, in mind.

If you're interested in other limited-edition ice cream flavors from Häagen-Dazs Japan, check out this article: 40 Häagen-Dazs Flavors Only Sold in Japan.

We tried the new flavors for this season and were very impressed! Here's how it went:

Mitarashi kurumi is styled after the traditional sweet mitarashi dango, which are mochi balls (the dango) skewered on a stick and then covered in a sweet soy sauce (the mitarashi). First, and this goes for both flavors: it is best to leave them out at room temperature for a few minutes. If you don't, the ice cream is still certainly edible, but the sauce and mochi are still very cold and stiff and won't be as easy to eat. Letting things "cool down" (or warm up, I suppose) allows everything to settle to a good texture, and the ice cream underneath the mochi layer is still nice and cold.

As for the flavor itself, I was surprised by how the mitarashi sauce was exactly the same flavor as "real" mitarashi sauce. I expected the sauce on the ice cream to taste differently, but it was literally like a mitarashi dango ice cream ball - it was the same taste I was familiar with. Honestly, this impressed me the most. The "kurumi" part of the title means walnuts. It's a little hard to see, but there are small chunks of walnuts inside the vanilla ice cream. The combination of mitarashi sauce, the top layer of mochi, the vanilla and the walnuts are a wonderful combination. I would definitely have this again.

Kinako (roasted soybean flour, often sprinkled on top of mochi) and kuromitsu (black sugar syrup, literally "black honey") are used often in wagashi, or Japanese confections. I wasn't sure how it would work with ice cream, as kinako is powdery and the sauce is usually drizzled on top of kinako mochi. According to my friend who tried this flavor (I was in charge of the mitarashi dango flavor), this was also delicious, and impressively so. The only drawback is that the kinako powder makes the ice cream a little hard to eat, since it's messy. One thing we were wondering about was where the kuromitsu sauce was. Turns out the sauce is at the bottom, beneath the kinako, mochi and ice cream, and has to be dug up with your spoon. Again, this is why it's important to leave the ice cream alone for a little bit, so the sauce can melt some and be easier to eat with a spoon. All in all, both flavors were excellent, and we were surprised at how the taste of the ice creams were so close to the real dessert - in fact, there was basically no difference, except for the ice cream (and less mochi). We definitely recommend these to anyone who wants to try a new ice cream flavor!