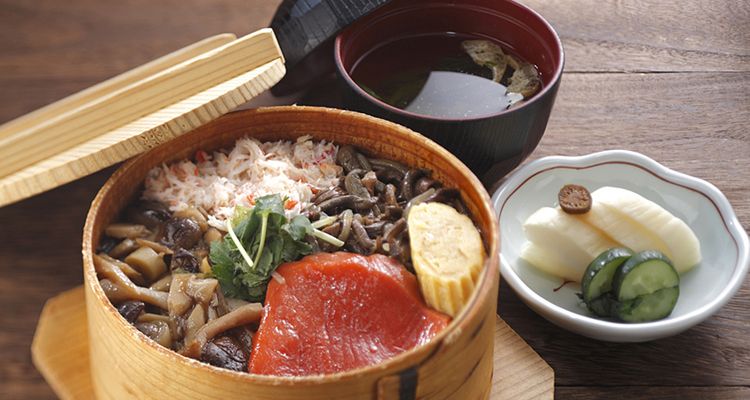 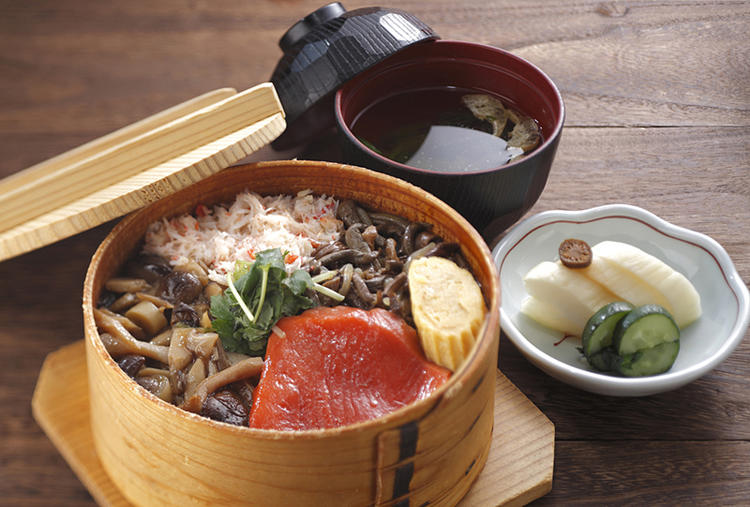 Go on a gourmet trip to the Aizu area, where you can enjoy everything from traditional dishes, sweets to sake

Aizu, one of Japan’s prominent sightseeing spots, is an area where you can thoroughly enjoy traditional Japanese food, sake, and the latest sweets. Here are some recommended spots around Aizu to check out.

First of all, what kind of place is the Aizu area?

The Aizu area is located in the south inland of Tohoku region, and is a famous sightseeing spot that is known for where many historical events occurred during the samurai era.

Because of that, there is still a lot of historical architecture in Aizu area and it is well-known as a samurai town. Tsuruga-jo Castle was the setting for wartime destruction during the Meiji Restoration. Nanukamachidoori (Nanukamachi Street). In the past, restaurants, inns, wholesale stores, and shops prospered along the street. There are still many stores that are over 100 years old.

Aizu area has many historical spots like this, but Aizu’s characteristic food culture has also developed and as they made the best use of tradition they also created new trends.

Here are five things you definitely can’t miss when you visit Aizu:

One of the things that visitors to Japan enjoy is sake.

All throughout Japan, there are sake storehouses that have been handed down through generations from ancient times, as well as choice sake that make the use of the natural resources of the area it’s made in.

In Aizu area there are an especially large number of sake storehouses and plenty of sake brands are made there, so it’s become a standard product for souvenirs.

Here are three recommended areas in Aizu where you can go to learn about how sake is made as well as have tastings and thoroughly enjoy yourself.

Here you can become proficient in the history of Aizu sake, sample drink, purchase bottles, and even create original labels. If you want to learn everything about sake, here is a place you should definitely go. Established in 1850, it has been creating local sake for over 160 years. Part of the storehouse is used as a café. The Eisen Bandaigura is surrounded by woods, and beside it, they used the old warehouse as is as the Yukkura, a space full of memories. You can enjoy sake tasting and shopping at Yukkura while taking a walk in the surrounding scenery and enjoying the rural landscape.

“Washoku,” or traditional Japanese food, has been accepted as a UNESCO important intangible cultural artifact. You can enjoy washoku’s true essence in the Aizu area.

Japanese tourists also enjoy traditional restaurants such as those featuring Japanese gardens and other features. Here are 3 restaurants in the Aizu area that you should drop by. This Japanese restaurant has been in business for 90 years. This well-established shop offers tradition and technique in their blowfish, soft-shelled turtle, and eel dishes. This restaurant was established in 1902 and is currently on its fourth generation. It’s known in the area as a well-established shop, and you can see how the building is also over 100 years old, giving it an extremely traditional appearance. This is a dish where rice and the side dishes are placed into a round wooden container called a “magewappa” and steamed. It’s said that in the past, the men who worked in the mountains would use magewappa as a bento box. Dengakuyaki is tofu pierced with bamboo sticks, flavored with miso, then roasted over a fire.

Aizu miso dengaku uses miso sauce that is made with red miso that has been seasoned with sugar and other spices. Items like mochi, deep-fried tofu, vegetables, dried fish, and other dishes are skewered, dipped in the sauce, and then grilled over a charcoal fire in a hearth. Dried, sliced Pacific herring and Japanese pepper leaves are overlapped, seasoned with soy sauce and vinegar as well ingredients to draw out flavor such as sugar and sake, then pickled for 2-3 weeks. Boutara is a preserved food that has been made since ancient times where Pacific cod is dried in the shade like a rod. Then it’s soaked in water and boiled in soy sauce and sugar to become the salty-sweet “boutarani.”

Stewed dishes made of dried seafood are obtainable even in the inland Aizu area. From the latter period of the Edo period to the beginning of the Meiji period, kodzuyu spread throughout the Aizu domain as the food of samurai families and common people’s feasts, and even today it’s local cuisine that is without fail made for important ceremonial occasions and New Year’s.

In the Aizu area, there are still a great number of old warehouses and folk homes, and some of them have gained a new life by being transformed into cafes. These cafes are Western-style homes made of stone or remodeled warehouses that each have their own extremely individual style where you can taste a nostalgic moment in time.

Here are three of the most well-known folk house cafes. This warehouse and Western-style home was built in Meiji 17 (1884).

The world-famous bacteriologist pictured on the Japanese 1000 yen note, Hideo Noguchi, received surgery on his hand there as a child when it was a clinic. The first floor is currently a café, and the second floor is a Hideo Noguchi museum.

This folk house was remodeled with a layout that organized it like an old Japanese school. The menu is European-style, and has an abundant of dishes like pizza and pastas using uncured ham.

This café, which offers Japanese sweets, was created in the style of a Kyoto warehouse. The building itself was a warehouse that was built 250 years ago and was remodeled. The china they used is original lacquer ware made in the Aizu area. They also exhibit valuable items that the daimyo (warring lord) used in the Edo period.

In the Aizu area, there is a line-up of traditional wagashi sweets as well as the latest desserts. Here are the highest quality wagashi and desserts among those sold in Aizu that you should definitely buy as souvenirs and gifts.

Aizu Aoi’s kasutean uses techniques that were introduced from abroad through castella cakes, and mixes it with traditional Aizu wagashi techniques. Rare for wagashi, in 1962 the creative originality used in coming up with kasutean was recognized, and it earned the public recognition of the Director General of Science and Technology Agency. Matsumoto-ya was established in 1819, and it is famous for its yokan (sweet bean jelly), both its mizu-yokan and the Yu no Hana yokan in the photograph. The Yu no Hana yokan is especially easy to eat due to its cylindrical shape, and due to it being thick and heavy it’s a type of yokan that leaves an impression. Tsubakimochi uses both rice flour and wheat flour and is made using techniques that have been passed on since time immemorial. It has an excellent reputation and it’s one of Aizu’s souvenirs that can’t be missed. This snack is bite-sized and uses superior red bean paste that has been made excellently. This is another souvenir that shouldn’t be overlooked. This photograph is of bird toffee, originating from the Aizu dagashi (“cheap sweets”) Honke Nagatoya store. This layout of this store mixes nostalgic cheap sweets and new pastries to create a huge offering of wagashi. The popular shop Tarou-an offers desserts using ingredients that are found around the Aizu area. The bouche filled with cream cheese called “Aizu’s Tenjin-sama” is popular. The dessert in the photo, the Fuji apple surrounding by baumkuchen called the “Apple-kuchen” is baked in the baum workshop within the store.

In the Aizu area, Japanese deliciousness, from washoku to sweets to Japanese sake, is all lined up. Of course, there are historical sights and hot springs, but for people who also want to enjoy cuisine to their heart’s content, this region is perfect. If you come to Japan, please visit the Aizu region.

Good news, everyone! Three people can win a tour around Aizuwakamatsu just by answering the quiz correctly!