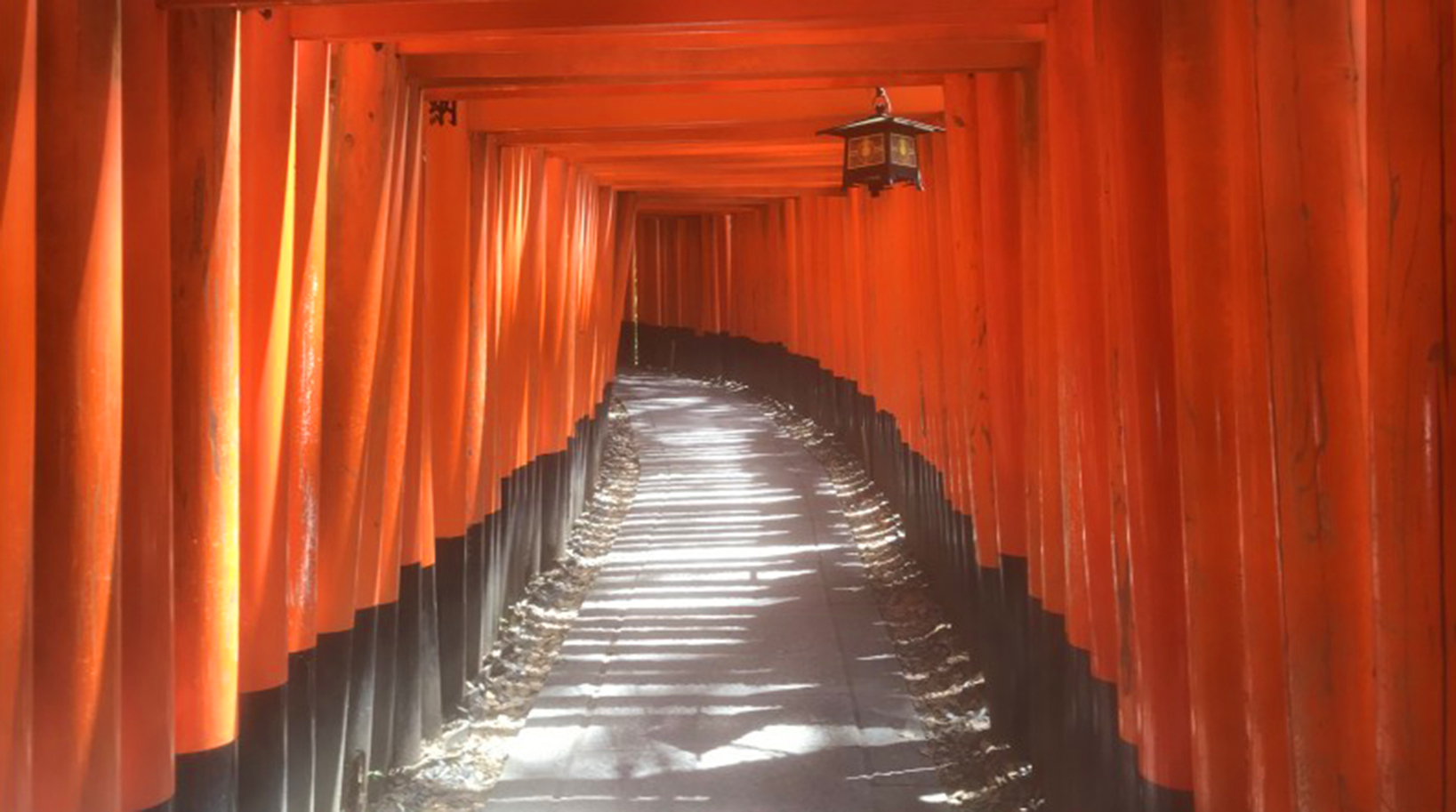 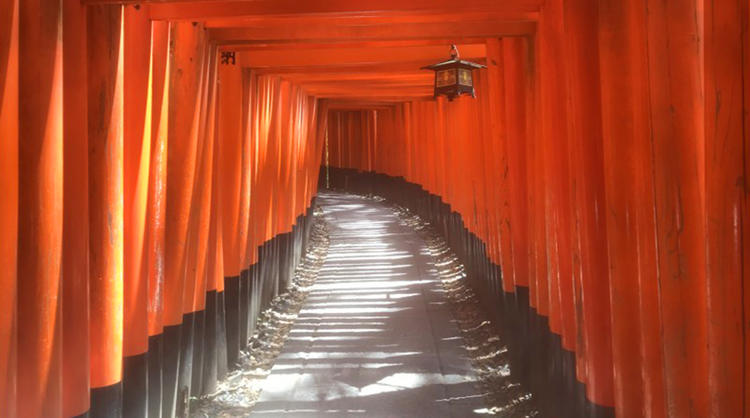 After meeting up at Kyoto Station, you’ll head to Fushimi Inari Taisha, one of Kyoto's foremost sightseeing destinations. While at the shrine, you’ll pass through the famous path lined by countless vermilion-lacquered torii (traditional Shinto shrine gates). The view when you reach the top of the path is spectacular as well.

Afterwards, you’ll visit a couple of breweries with storied reputations that have made them symbols of Fushimi. At the Gekkeikan Okura Sake Museum, you’ll watch footage of the sake brewing process and tour various exhibits chronicling the history of the location. Most importantly, you’ll also taste their sake. Kizakura Kappa Country put itself on the map with an iconic series of old-time commercials featuring kappa (amphibious imps from Japanese folklore). The brewery houses the Kizakura Memorial Museum, where you can find exhibits of these old commercials that made their fame, and the Kizakura Brewery restaurant, where they serve a selection of local beers and foods. Another stop on the tour includes a visit to Teradaya, a famous historic site from the last days of the Tokugawa shoguns, where a group of samurai met to plan a rebellion. The tour reaches its conclusion on a jikkokubune (flat-bottomed boat) on which you can gently float back in time to the Edo period (1603-1868) as you learn about Fushimi’s history as a port town.

Fushimi is a city that has enjoyed a rich history of sake brewing, and breweries can be found everywhere. Even among them, it would be no overstatement to describe the Gekkeikan Okura Sake Museum as the symbol of Fushimi. The museum features footage of the brewing process, a history through exhibits, and the tools used to prepare Japan’s staple alcoholic beverage. You’ll also have the opportunity to taste the flavor that's become a Fushimi tradition. There's also plenty to see at Kizakura Kappa Country between exhibits of its old-time commercials, a Kappa Gallery, and the Kizakura Brewery, where you can find a selection of local beers and foods to try.