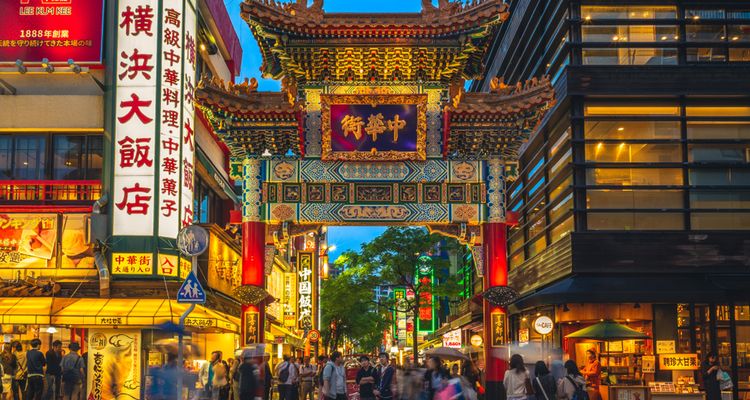 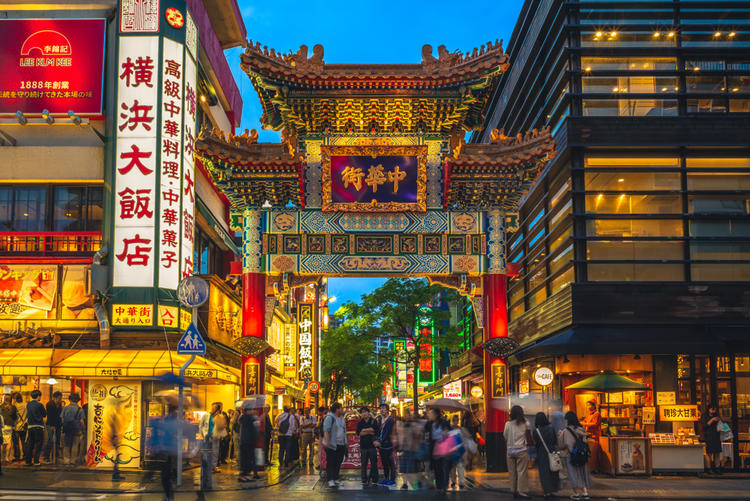 Japan, being one of the most economically developed countries in the world, has long been the destination of many foreigners looking to study or work there. Many of them have tended to concentrate in one specific place, creating their own cultural islands and forming communities that preserved their identities and ways of life. In this article, we’ll take a look at such foreigner enclaves around Japan and see what makes each one special!

Oizumi is an industrial area where the plants of some of Japan’s biggest manufacturers are located. During the 1990s, Oizumi was struggling with a workforce shortage, prompting the Immigration Bureau to revise its policies and allow Nepalese or Brazilians of Japanese descent to work in Japan without any restrictions. It’s why many Japanese-Brazilians are now working in Oizumi plants, and why the Brazilian population has risen so much, currently making up 10% of all the people in the area (as of January 2020). This makes Oizumi the biggest Brazilian enclave in all of Japan and explains why it’s full of Brazilian grocery stores, bakeries, shops selling Brazilian spices, tea, juices etc., or restaurants serving Brazilian specialties like feijoada or churrasco.

If you want to immerse yourself in Brazilian culture, then you have to visit one of Oizumi’s many exciting events like the “International Stage,” a huge festival that brings Japanese and Brazilian people together.

You can easily access Brazil Town from Nishi-Koizumi Station. You won’t be able to miss it, because the station signs are in Brazil’s iconic green and yellow, which will make you feel like you’ve actually traveled to another country. The enclave is located just a little way away from the station and full of distinctive, colorful houses that stand out from the surrounding Japanese structures. You’ll be able to find many Brazilian restaurants and Brazilian specialty shops here.

If you’re obsessed with Korea, you simply cannot miss Osaka’s Ikuno Koreatown. This is a commercial street with about 120 stores that extends 500m on either side of the Miyuki-no-Mori Shrine, which has a 1600-year history. During the Taisho Period (1912-1926), when Osaka underwent rapid growth, the Tsuruhashi Market was established in the area, and many small businesses flourished nearby. This proved to be an ideal location for Koreans who were struggling in their home country to move and earn a living, and so more and more Koreans settled here. As the number of Koreans in the area grew, so did the demand for Korean goods, so many of these new arrivals to Japan opened up their own small shops. During the war, many Japanese merchants fled Ikuno, so many of them rented or sold their businesses to Koreans at very low prices.

Between 1955 and 1975, Ikuno continued to grow and soon started to attract the attention of not just South and North Koreans but also all other merchants from the surrounding Kinki region. Ikuno has experienced lean years as well, but by setting itself apart thanks to its Korean roots, the area has managed to bounce back as one of Japan’s most famous Koreatowns, and today it is a popular tourist destination.

Ikuno’s Koreatown is made up of three shopping arcades: the Miyuki Street (Miyuki-dori) Arcade, the Miyuki Street Central Arcade, and the Miyuki Street East Arcade. You’ll find close to 120 shops here selling everything from groceries to clothing, beauty products, and souvenirs. For those looking for a taste of Korea, there is no better place than Ikuno.

There’s also the Tsuruhashi Koreatown nearby. It’s located right next to Tsuruhashi Station on the JR and Kintetsu lines, so it’s very easy to get to, and it’s actually within walking distance of Ikuno. The Tsuruhashi enclave is full of charming yakiniku (grilled meat) restaurants and cute cafes, so it’s definitely worth a visit.

Alongside Kobe’s Nankin-machi and the Nagasaki Shinchi Chinatown, Yokohama’s Chinatown is one of the largest Chinese enclaves in all of Japan. Originally, it was a place for foreigners hoping to do some international trading, but as time went on, more and more Chinese restaurants opened in the area, bringing with them plenty of Chinese culture. Soon, the area became a place for Chinese people to congregate, and today, Yokohama’s Naka Ward, where the city’s Chinatown is located, has a foreign population that’s 64.6% Chinese.

In 1859, the Port of Yokohama was opened, and Chinese immigrants soon began arriving in Japan. These foreign merchants quickly established their own schools and community centers, laying the foundation for the Chinatown that was to come. However, they came across plenty of roadblocks, like being legally confined to a few specific areas. An 1899 law gave them some freedom to move around more freely, but the start of the Second Sino-Japanese War in 1937 was felt severely throughout Yokohama’s Chinatown. However, once the war was over, the area’s now famous gates were erected, and Yokohama’s Chinatown was officially recognized. Over the years, relations between China and Japan have gradually improved, and Chinatown continues to host both Japanese people and visitors to the country.

There are many Chinese restaurants, Chinese grocery stores, and souvenir shops here, as well as places selling popular street food like manju (steamed buns) and milk tea. Visit Yokohama’s Chinatown to get a glimpse of China right here in the Land of the Rising Sun.

No trip to Okinawa would be complete without checking out Mihama’s American Village. Located in central Okinawa, Mihama is one of the most popular tourist spots on the island chain. Currently a resort area, it used to house American troops after World War II. The American Village, together with nearby Chatan Park, was constructed on reclaimed land off the north side of what used to be Hamby Airfield, a coastal structure that was part of the United States Marine Corps’ Camp Foster, but which was returned to Japan in 1981. The construction of the American Village officially concluded in 2004.

The American Village is meant to feel like the US West Coast. It’s home to restaurants, shops, and an amusement park, so there is something to do here for everyone. The night view of the American Village from atop the giant Ferris Wheel is especially romantic and an unforgettable experience for couples.

Nishi-Kasai is located in Edogawa-ku (Tokyo) and houses one of the largest populations of Indian people in Japan. It got its start thanks to the Indian tea boom of the 1970s, which brought merchants from the Indian subcontinent to Japan’s capital. However, the flow of immigrants was relatively slow until the new millennium, when it exploded around the year 2000. At the time, Japan was dreading the Millennium Bug, and was desperately looking for IT experts on computer data systems, especially calendar data. Naturally, Japan turned to India, one of the top nations when it comes to IT, and requested their computer experts. They mainly worked in government institutions, banks, and offices of major corporations, so most of them were housed in Nishi-Kasai due to its proximity to the Tokyo Metro Tozai Line. That was the origin of the Indian community in Tokyo.

At Nishi-Kasai, you’ll be able to get a real taste of India, thanks to the area’s many Indian restaurants managed by actual Indians. You can also find plenty of souvenir stores full of original Indian goods. Every year, the area hosts the “Tokyo Diwali Festival Nishi-Kasai,” so if you ever get the chance, visit Nishi-Kasai and experience the soul of India in the heart of Japan’s capital.

Francophiles should head on straight to Kagurazaka where French culture and the Japan of days past come together! When you’re in Kagurazaka, you feel like you’ve taken a wrong step somewhere and ended up on a European street. The area started attracting French people in 1952, when the Institut franco-japonais de Tokyo (the Tokyo French-Japanese Institute) was established here. In 2012, the institute changed its name to the Institut français du Japon. Besides French-language courses, the area also hosts cultural exchange activities and other events related to French culture. Visit it if you want to learn more about this romantic European country!

You will find many French restaurants in Kagurazaka, from high-class ones to more affordable options. Each one offers something different but all of them will give you a taste of genuine French cuisine.

Takadanobaba is known as Japan’s Myanmar enclave. There are about 1,800 Burmese people in Shinjuku, and most of them are in the Takadanobaba area, which is full of Burmese restaurants, grocery stores, clothing and beauty shops etc. Even the Japan Myanmar Culture Center has an office here. If you want to learn about Burmese culture through its food, language, traditional dances or music, then Takadanobaba is just the place for it.

One of the symbols of the area is the Tack Eleven Takadanobaba building, where many Burmese people live and work. Once you enter the building, you’ll find loads of signs written in Burmese, as well as plenty of different stores from Burmese sweets and spices shops to general stores selling traditional Burmese cloth and clothes, travel agents, restaurants, and more. If you’re more interested in the food, then you have to visit the famous Nong Inlay restaurant, which has been featured on Japanese TV. They not only serve Myanmar’s traditional dishes like mohinga or lahpet, they also have insect dishes on the menu, including bamboo moths and crickets.

When people think about a place in Japan with the most Vietnamese people in it, their minds turn to the lively and busy streets of Shin Okubo, but how many of them have heard about the Icho Danchi housing complex? Located on the Yokohama side of the Sakai River, which marks the border with Yamato City, Icho Danchi is accessible through the Midoribashi bridge. Once you cross it, you will find yourself surrounded by Vietnamese shops. Dating back to 1971, this area has long been an enclave for all kinds of foreigners, but primarily for Vietnamese people. Icho Danchi is located just a short walk from Koza-Shibuya Station on the Odakyu Odawara Line.

The area is rather calm and quiet, but local businesses are thriving thanks to visitors looking for Vietnamese grocers and restaurants. You can easily find Vietnamese spices, vegetables, and fruit here, as well as traditional Vietnamese dishes that you could never make at home, like ham and whole-roasted meats. If you want a taste of genuine Vietnamese cuisine prepared in Vietnamese restaurants managed by Vietnamese people, then this is the place for you. Besides well-known dishes like pho, bun bo hue, and deep-fried spring rolls, you will find many regional specialties here as well. Fans of banh mi sandwiches, voted the most amazing street food in the world, will be satisfied here as well!

With the ongoing march of globalization, more and more people continue to immigrate to Japan every year. Whether it’s to study or to work, all of them eventually create communities to preserve their unique cultural identities, which help make Japan more diverse. We hope that this article has helped you understand some of those cultures better, and will inspire you to go out there and experience them firsthand.

Tuyet Nhung Cao
I am a student from Vietnam and living in Yokohama. I am very interested in photography and gourmets. I want to go to visit various places in Japan and present to the world some great information about Japan from my international student's point of view. Thank you.