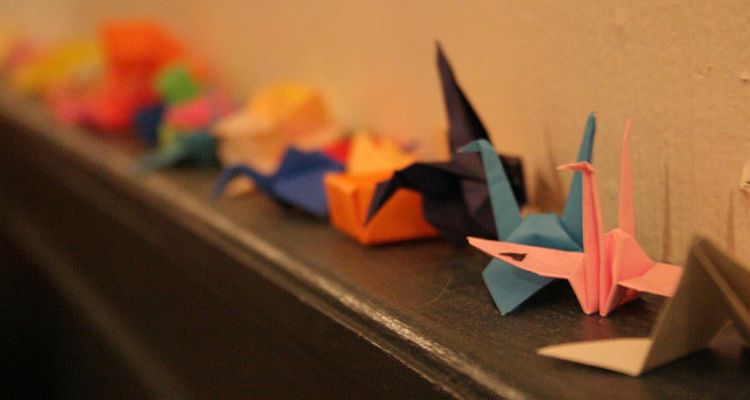 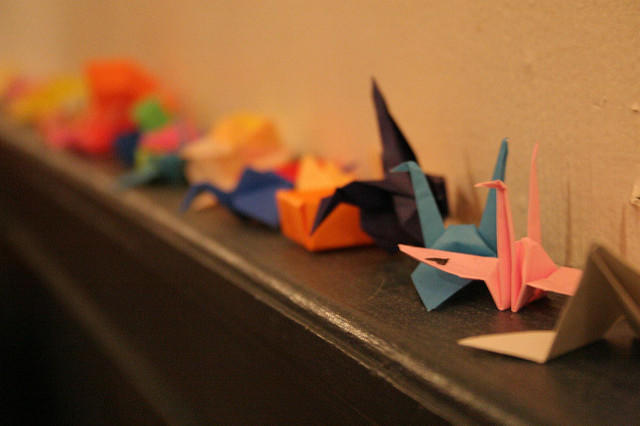 Japanese origami is known to the world now. There are even international organizations for those who love this friendly art of paper folding. Why does it attract so many people worldwide?

Perhaps you might have seen, or heard of origami, Japanese paper folding. Or maybe you have experienced making a paper crane or a box with a sheet of colored square paper at a cultural exchange event or something.
What is origami about?

The goal of this art is to transform a flat sheet of paper into a finished sculpture through folding and sculpting techniques, and as such the use of cuts or glue are not considered to be origami. Here are some facts about this friendly art that is becoming popular across the world.

Who started it and when?

It is not known for sure. Some say that people were already doing something similar to origami more than 1,000 years ago for formal ceremonies.

Origami butterflies were used during the celebration of Shinto weddings to represent the bride and groom, so paperfolding had already become a significant aspect of Japanese ceremony by the Heian period (794–1185) of Japanese history, … Samurai warriors would exchange gifts adorned with noshi, a sort of good luck token made of folded strips of paper. Then, paper folding seems to have become more popular among people as a fun pastime. Several Ukiyoe (traditional Japanese painting) of Genroku Era (1688-1704) show some origami items as patterns on kimono outfit.

After the feudal era, origami made its way into education.

During the Meiji period (1868-1912), origami was used as a teaching tool in the kindergarten and elementary school levels. Japan's origami was greatly influenced by Friedrich Wilhelm August Fröbel (1782-1852), a mid-nineteenth century German educator's method of teaching derived from European traditional origami, which further developed into folding to make various geometrical shapes, and was widely adopted particularly in the Japanese kindergartens.

Now many children in Japan learn how to make a couple of popular origami items at home or kindergartens.

So what kind of origami works are out there?

Popular ones among kids

Most children in Japan know how to make one of two of these. The rule of "no use of scissors or glue" seems to be giving an inspiring challenge to those with artistic minds. Of course, anime & cartoon characters, too! Who said you have to use origami paper all the time?

Or have you witnessed your Japanese friend making a chopstick rest using waribashi (disposable chopsticks) envelope at an Izakaya pub? This is an awfully useful skill, isn’t it? And how about this one?! Can I make it into an accessory?

Yes, you can. First you make your favorite origami items, then coat them with resin.  If resin is not available, nail polish top coat can work as well, they say. And how is it related to wishes?

Perhaps, one of the reasons why origami has spread worldwide is that it is associated with people's wishes. Especially, paper crane has a special meaning in Japan; they say that if you fold one thousand of them, your wish will come true. So, folding paper cranes for sick family members or friends, wishing their fast recovery, is a common thing to do.

This photo shows the statue of Sadako Sasaki who died of leukemia caused by the radiation from the Hiroshima atomic bomb. She folded origami paper cranes, wishing for world peace. Her story has been introduced overseas and now paper cranes are a symbol of peace and strong bonds among people.

The symbol brought us together after the 3.11 earthquake, too. Perhaps, that is what makes origami unique and special. Now, if you want to give origami a try, these links have many instructional videos including how to make paper crane and some popular anime characters.

And this one shows you how to turn your origami masterpiece into an accessory.