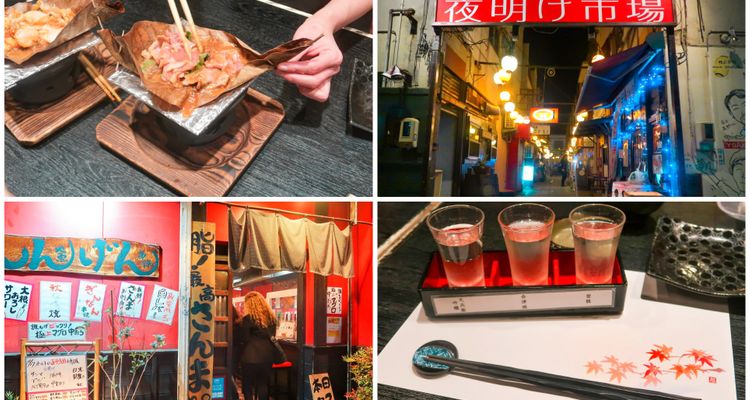 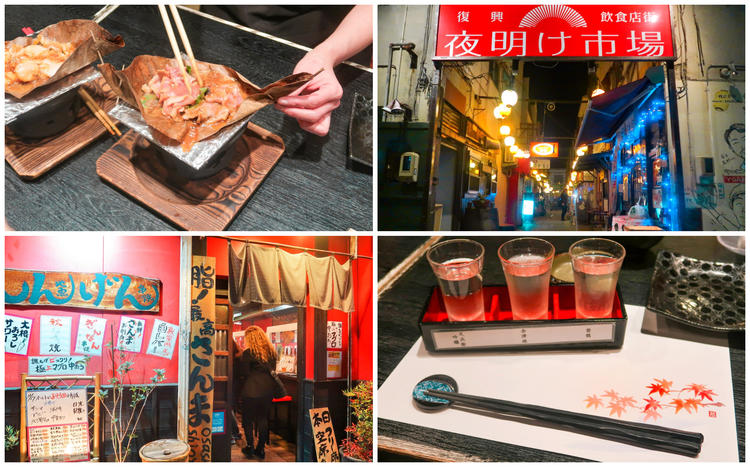 Explore Iwaki, the Hawaii of Japan: Rare Sake, Hot Springs, and Other Top Things to Do

Just 1.5 hours away from Tokyo, Fukushima Prefecture makes for a popular day trip destination for the residents of Tokyo and its nearby prefectures. But what makes it so popular? In this article, we explore one of its cities, Iwaki. Read on to find out more about this seaside town that locals once dubbed the “Hawaii of Japan,” as well as what makes it an amazing place to visit for anyone exploring Japan.

Although Fukushima Prefecture is mainly known for its rugged mountains and lush forests, Iwaki—located in its southeast region—is more of a coastal town with a rich history, beautiful beaches, and a plethora of seafood.

How to Get to Iwaki From Tokyo

Best Things to Do in Iwaki

When we went to Iwaki City, one of our goals was to try the local sake, which we heard was delicious but hard to obtain outside of Iwaki as 90% of it is consumed locally. However, we had no idea which establishments to visit, so we decided to join a tour. That turned out to be the right decision, as we were not only introduced to places that locals loved, but also got to try several kinds of alcohol as well as make friends with the other tour participants.

For our first round of drinks, we visited Gyofu, an izakaya close to the station that’s beloved by the locals for its extensive drink menu. Here, we were treated to three different kinds of local sake. One of them was from Iwaki, while the others were from other parts of Fukushima. It was a lot of fun comparing their different flavor profiles, and by the end, we all had a favorite!

Of course, we didn’t forget to eat while drinking! Our tour guide ordered several dishes for us, including an assorted sashimi platter and pork hoba-yaki (a type of Japanese dish where an assortment of ingredients are grilled on a magnolia leaf) for us. The star of the show turned out to be the pork hoba-yaki. According to the guide, the reason why we thought the pork was so delicious was because it was premium pork, acquired from pigs that were fed with wild sesame which made their meat taste especially light and sweet.

We were immediately impressed with this izakaya when we saw the robot-like creature dressed in samurai armor on display and the bright red exterior. Stepping in, we were introduced to the lively sounds of the patrons merrily chatting and drinking away. We knew that it was going to be a good time!

On top of drinks, we got to try several local specialties such as mehikari, a Japanese deep-fried fish dish. Shingen is known for its fresh seafood, procured directly from the market every day, so needless to say, it tasted absolutely delicious. We were also fans of the gyoza, which they wrapped in chicken skin instead of your usual flour wrapper, making it especially crispy and juicy. The umami was out of this world!

This retro bar alley reopened as Yoake Ichiba in November 2011, a couple of months after the 2011 earthquake and tsunami that hit Fukushima Prefecture. The name means “Sunrise Market” in English, a fitting name as its purpose was to help bring the “sun” back to Iwaki City by providing a place close to the station where restaurant owners who lost their businesses in the disaster could start over. It has seen resounding success, and today it’s a place much frequented by both locals and visitors from all over.

Here, we visited Ja Ja Uma, a izakaya at Yoake Ichiba owned by someone who happened to be in Iwaki at the time of the 2011 disaster. At that time, Ja Ja Uma's owner worked as a journalist in his hometown Iwaki. After witnessing the aftermath of the 2011 disaster, including his mother—who lived near the nuclear power plant—being evacuated, he felt he couldn’t abandon his family and hometown. So, when his company asked him to transfer out of Iwaki, he refused in order to be able to stay and put his full effort into revitalizing the city and help its people. For this reason, he started up an izakaya in the area. The story was beautifully translated by our English-speaking tour guide and it deeply moved us. We learned a lot about the struggles that the locals faced after the disaster as well as the hope that kept them going.

It was a great end to an amazing night. We also got to indulge in some delicious oden—a Japanese one-pot dish wherein an assortment of ingredients are simmered in a soy sauce-based broth—and coffee shochu, which many of us had never tried before. Much to our surprise, it had a really strong coffee taste!

If you’re looking to explore Iwaki with some good company, consider joining a tour. There’s a couple that can be booked online and that are conducted in English. It’s a great way to not only get introduced to aspects of the city and culture from a local’s perspective, but also make friends and really, just have a lot of fun.

Admire the Beauty of Nature at Abukuma Caves

Discovered in September 1969, Abukuma is the name given to a limestone cave network spanning over 3,000 meters. Visitors are welcome to explore approximately 700 meters of this expansive cave network, with colorful lights set up in strategic points to heighten the experience. What’s incredibly unique about Abukuma Caves is that it has the greatest variety and largest number of stalactites in all of Asia—formed over the course of millions of years—and that it is the only publicly accessible cave in Japan where one can view rare cave formations. We strongly recommend checking out Takine Goten, the largest hall within the cave. You won't be able to take your eyes off of the various stalactites, all beautifully lit up.

Though Abukuma Caves is not technically located in Iwaki City, it is close enough that many make the trip when visiting Iwaki. If you’re looking for an outdoor activity that’s safe, unique, and not too far away from Iwaki’s center of the city, this could be an exciting option!

Iwaki La La Mew is Iwaki’s tourism and local products center. This two-story building is split into multiple zones based on varying themes, such as the Fish Zone where you can wander through a small seafood market and the Dining Zone with all kinds of restaurants that make use of the fresh, local seafood.

On top of being a great place for foodies, history buffs will get a kick out of the Live Iwaki Museum on the second floor, where you can learn more about the history of Iwaki. There are also gift shops where you can purchase all kinds of local original Iwaki specialties and souvenirs.

With so many things to do and even a tourist information center within the complex, Iwaki La La Mew is perfect for those with little time to explore all of Iwaki or who don’t know where to begin.

Enjoy Splashing Around and Hot Springs at Spa Resort Hawaiians

Spa Resort Hawaiians is a water park and hot spring resort that was established in 1966 when coal—then the main source of income for Iwaki residents—started to decline in popularity in favor of other energy sources. When looking for ways to keep the local economy afloat, the idea of making a Hawaii-themed resort came up, as Hawaii was a destination that many Japanese longed to visit but few could afford. The resort was a resounding success, especially as it was the first theme park to ever be built in Japan.

Today, Spa Resort Hawaiians is Iwaki’s most famous tourist attraction, with people coming from all over the country to get a taste of Hawaii. On top of six different theme parks, Spa Resort Hawaiians has a hot spring zone that uses water from the local Iwaki Yumoto Onsen. This ancient and famous hot spring is one of the oldest in Japan and is said to bring a whole host of benefits, including beautifying the skin and helping with high blood pressure.

With accommodations, restaurants, and even a full golf course on site, Spa Resort Hawaiians is truly the perfect place to take a vacation. If you’re interested in seeing just how this resort got its reputation as the “Hawaii of Japan,” definitely pay a visit! You can even catch a dance performance by the most famous Polynesian dance team in Japan, Hula Girls.

Vacation at Iwaki, a Treasure Box Full of Unique Experiences

Seaside fun, warming hot springs, a colorful history, unique monuments of nature—Iwaki City really has it all, yet it goes unnoticed by a lot of international visitors. If you’re looking for a tourist destination that’s not touristy yet is still a lot of fun, Iwaki is the perfect place to visit. We hope you’ll enjoy the town as much as we did!