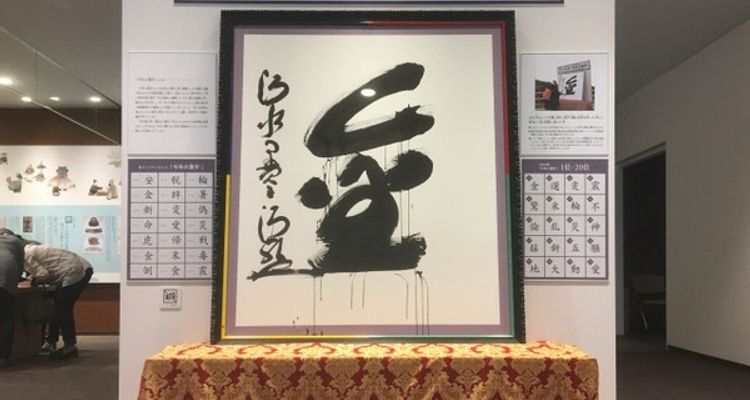 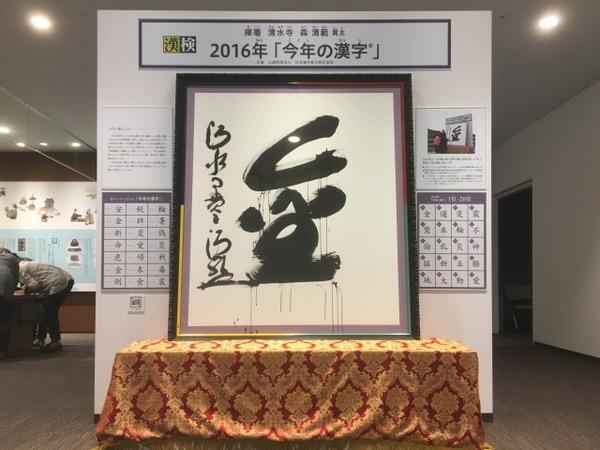 Experience Kanji Through Art and Objects! Play and Learn at Kyoto's Kanji Museum

[Local College Students Tell All!] Originally developed in China, kanji is a form of writing that is used among East Asian countries. It is a mysterious script with an extraordinary number of characters, each and every one conveying its own meaning. Kanji is used in Japan on a daily basis, but once in a while, you'll come across a character that you don't understand the meaning of, or one that is unfamiliar to you. For those interested in learning more about kanji, the Kanji Museum, which opened in Kyoto in 2016, is the place to visit. Read more to find out about this fun and educational facility, where you can discover kanji through art and various objects.

What is a Kanji Museum? 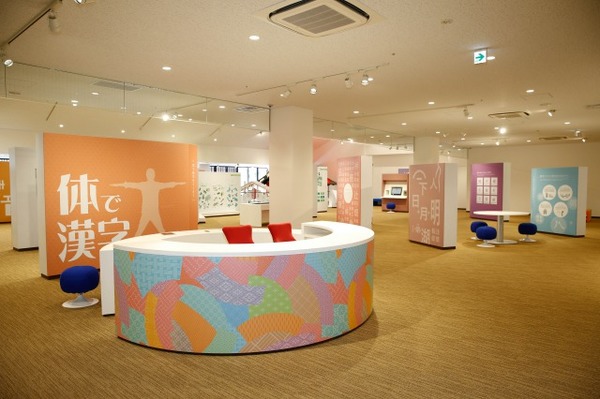 The Japan Kanji Museum recently opened in 2016 as a museum to showcase all things related to kanji. It is located near Yasaka Shrine (Yasaka Jinja) in Gion – one of Kyoto's most prominent tourist areas. All visitors - from children to adults alike - are sure to have fun at this interactive museum, where they can "Touch, Learn, and Enjoy" kanji.

Inside the museum are interactive games on touch screens, as well as touchable exhibits that allow visitors to learn about kanji in various fun ways. Audio guides have been implemented in multiple languages since mid-October of 2017, so international visitors can also enjoy the museum. Moreover, you are free to take photos within the museum, with the exception of some restricted areas (flash photography is prohibited). You can upload the photos on social media to spread the word, and they'll remain as a part of your travel memorabilia!

The Kanji Museum is housed in two floors, with each floor having its own concept. The concept for the first floor is "See, Hear, and Touch", and the second floor is "Play, Enjoy, and Learn".

The first floor mainly showcases the kanji in visual and graphic forms, and includes a theater display about them. Let's take a closer look at some of the fun displays!

This peculiar-looking exhibit is the Odoru Kokotsu Moji Table (Table of the Dancing Oracle Bone Script). When you place your hand on the kanji being projected on the table, the corresponding oracle bone character shows up.

Oracle Bone script was used in China around 1,300 – 1,000 BC, and it is the origin of kanji. It's hard to imagine how some of the present-day kanji originated from these oracle bone characters, which seem to have no apparent resemblance to their present counterparts, but it is amusing nonetheless.

This is the exhibit, “Names of Countries in Kanji - How is This Country Written?” There are kanji characters to express the names of each country, such as “亜米利加 (A Me Ri Ka)” for (United States of) America and “比律賓 (Hi Ri Pin)” for the Philippines. Stamping each of the flags shown in the top picture will reveal the corresponding names of the countries in kanji.

There are other fun and creative exhibits throughout the floor, like the one where you can try your hand at divination using the oracle script. In addition, the entire floor is surrounded by a wall in the form of a long scroll, which is known as the "Picture Scroll on the History of Kanji".

The picture scroll includes illustrations and photographs depicting the development and history of kanji over a total length of 30m.

Following the museum’s route after observing the first-floor exhibits will take you to a column with a mysterious pattern on it.

If you look closely, you'll see that the entire column is covered in kanji - about 50,000 of them - from floor to ceiling. It should be a fun challenge to find your favorite kanji.

The first floor has a lot to offer, but the second floor consists of over 20 displays designed under the theme, "Play, Enjoy, and Learn".

In this exhibit, you are challenged to use your body to create the missing part of the kanji.

For example, if you were given the kanji “守” to work on, you would have to use your whole body to create its shape, like in the picture above. This exhibit can be enjoyed alone or with friends.

If you operate the monitor, it will quiz you on the correct kanji for the fish used for sushi. You get to compete against multiple players – it’s a really fun and great game!

This is the "Kanji for Household Objects" exhibit.

There are small drawers, each labeled with kanji like “椅子”. Opening the drawer will reveal a miniature object of the corresponding word. The exhibit is designed to intuitively convey the meaning of each word, even if the written kanji cannot be read or understood.

There are many more unique and educational displays on kanji throughout the museum. The entire museum is best enjoyed at a slow pace, taking around 90 – 120 minutes to thoroughly explore both floors.

The facility also has a Gion Gararii (Gion Gallery) where you can watch interesting video clips of the Gion Matsuri (Gion Festival), as well as the stylish Cafe Waraku that has a relaxing atmosphere. Do stop by during your trip to Gion!