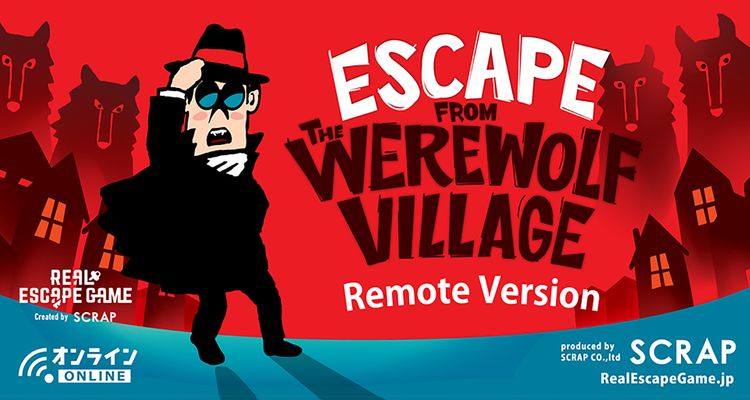 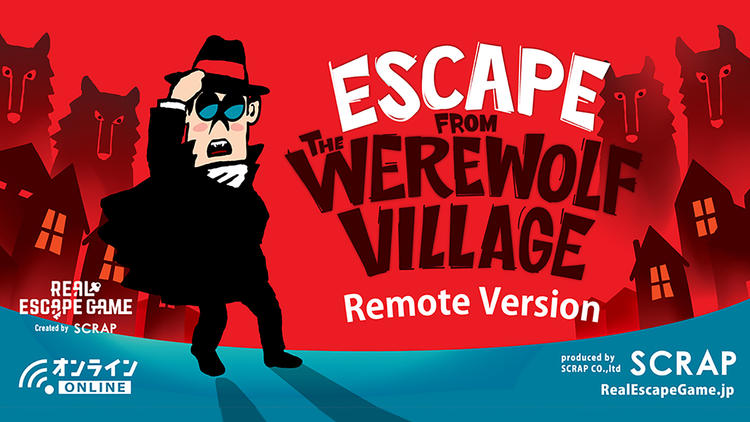 We Tried an Online Japanese Escape Room and Were Eaten by Werewolves - Can You Succeed?

Online escape rooms are an interactive, immersive gameplay experience, with participants entering areas in which they have to find clues and solve puzzles in order to complete the goal and "escape." They have taken the world by storm, with Japan being no stranger to this phenomenon. Have you ever wanted to attempt a Japanese escape room, but haven't had an opportunity yet? Here is your chance! In this article, we will introduce an online escape room that you and your friends can enjoy from the comfort of your own homes.

Werewolves Are Terrorizing the Village! Figure out Who They Are and How to Escape!

A few of us at tsunagu Japan were lucky enough to take a crack at the online version of Escape from the Werewolf Village, and we’re here to tell you all about it!

After we made our reservation for the game, the Scrap staff sent along instructions in English. This included our team details, what to prepare, and what we needed to do in order for the game to run smoothly.

In order to begin the game, all the participants needed to log into a Zoom meeting with a link provided by the Scrap staff. It was also highly recommended to have a chat set up on the side, whether it be through Facebook Messenger or another chat application, so that participants could share their findings and deductions without bogging down the Zoom chat or speaking over each other. The staff also strongly suggested adding the game’s bot on Messenger, as it provided valuable information and hints when certain keywords were input.

Once all of us were present in the Zoom meeting room, we were thrust into the game with a curdling scream and intense music. The creepy atmosphere turned us into fearful villagers being terrorized by the werewolves each night. When the music drowned out, a staff member appeared on the screen to explain to us (in English) that every night, certain villagers turn into werewolves and attack the rest of the village, taking lives with each attack. In order to end this reign of terror, we needed to identify the werewolves and figure out how to escape the village. If we did not succeed, we, along with the rest of the village, would be doomed to fall at the claws of the werewolves!

After beckoning us to the village, the staff member parted by telling us a legend passed down through the villagers for generations. And with that, we were off to fight the werewolves.

The game consisted of five nights and six days. The werewolves struck each night, and we needed to use the video clues they left behind to help us solve the puzzles during the day. Each day only lasted for 10 minutes, so there was no time to dawdle!

Since we were all playing from home, one of Scrap’s staff members worked as our eyes and hands. We used the materials provided by the Scrap staff and Messenger bot to help us piece together hints and direct the staff to where we wanted to go/what we wanted to see.

There are keys that will unlock the puzzles hiding in each nook and cranny of the game room, so make sure to explore every corner. The game lasted for a little over an hour, during which time we needed to figure out which villagers were turning into werewolves and how to escape the village. If you find yourself getting stuck, the Messenger bot can provide hints for the puzzles you may need assistance on. The answers to each riddle are imperative, but be sure to leave yourself enough time to figure out the main puzzle - how to avoid the werewolves' wrath!

There were many clues to sift through and several puzzles that needed to be solved in order to find the answers, so we recommend delegating tasks among the participants in order to be able to tackle multiple challenges at once and make the most use of your limited time.

What We Thought About This Online Experience

We all had a blast, even though we ultimately failed and ended up getting eaten by the werewolves.

As none of us had ever attempted an escape room before, we didn't know where to start. We ended up jumping the gun and trying to find the answers to the few clues that we had, without realizing how important it was to find every clue available first to solve the puzzles. We also didn't know how to allocate our time, which made us panic and miss clues that were imperative for our escape.

Ultimately, we were able to figure out who the werewolves were, but it took more time than necessary, so we weren't able to solve the final few puzzles before the clock ran out.

Our advice to all new players is to have paper and pens prepared! Also, print out the materials the staff give you. The staff gave long, explicit instructions for a reason - follow them as faithfully as possible and you should be able to solve the puzzles quicker than we did. Learn from our mistakes!

Enjoy the Thrill of an Escape Room From Your Own Home!

Reservations can be made through the game's official website, Peatix, or through the Event Brite site, where you can also see instructions on how to reserve a time slot and important points to remember. A group ticket runs 13,500 yen, with up to six players allowed to join in on the fun. While this game can be played from anywhere in the world, all the time slots are set to Japan Standard Time, so be sure to check the time difference!

Escape From the Werewolf Village is an escape room hosted by Scrap, the “pioneers of real-life escape games across the globe.” Scrap has escape rooms that are available in a wide range of themes and multiple languages, and now a couple of them are available online through Zoom. Whether you can't make it to an escape room in Japan, you're in a long-distance relationship with your friends, or you just want to pass the time, this is a lively and entertaining activity that is sure to be a grand ole' time!

Don't forget to let everyone know how you did with the hashtags #scraponline and #escapewerewolfonline !