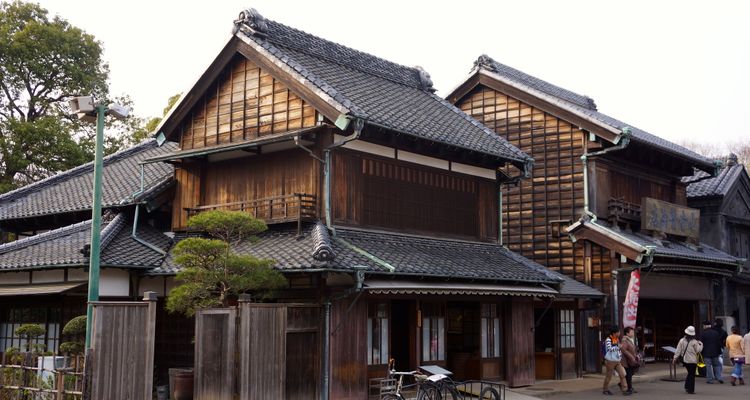 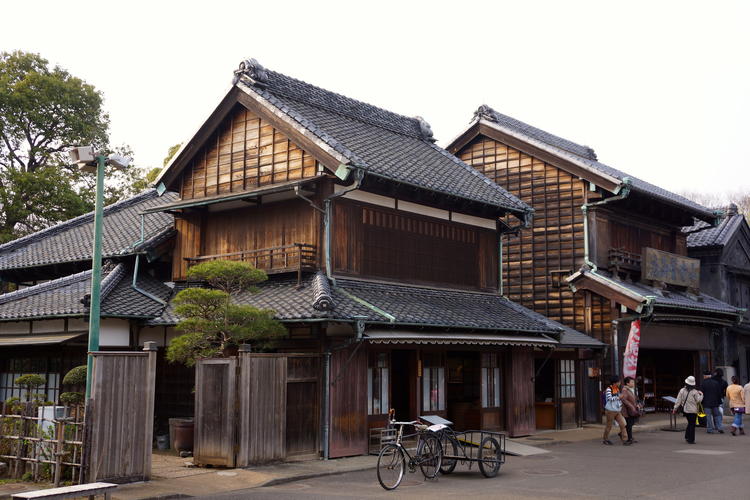 As its name implies, the Edo-Tokyo Open Air Architectural Museum is an open air museum within Tokyo's Koganei Park that relocates, restores, and exhibits historical buildings. It is the perfect place for those who would like to take candid photos at Instagram-worthy spots for an aesthetic feed, architecture enthusiasts, and history aficionados. Read on to learn about some of the amazing historical structures that are housed within its grounds!

Although Japan is considered to be full of historical monuments, many cultural assets were lost during and after World War II. Fortunately, Japan has built parks to conserve beautiful architectural masterpieces and historical memories, including the Edo-Tokyo Open Air Architectural Museum.

Established in 1993, all the buildings in the Edo-Tokyo Open Air Architectural Museum have been reconstructed here from elsewhere. When the park first opened, there were only 12 historic buildings, but more and more buildings have been relocated here over time. Now, there are a total of 30 historic buildings lying within the park’s three zones: the East Zone, West Zone, and Center Zone. The current curator is the famous architect and architectural historian Terunobu Fujimori, whose name should be familiar to those interested in architecture.

The most classic buildings and their historical backgrounds will now be introduced.

Situated in the West Zone, this is the House of Okawa in Den-en-chofu. Den-en-chofu is a high-end residential area where a lot of celebrities live, and its development is connected to Shibusawa Eiichi, the new face of the 10,000-yen banknote. Dedicated to the modern industrial development of Japan, Eiichi introduced the British “garden city” movement in the Taisho era to establish a self-sufficient residential area in the outskirts of a metropolitan area. He selected the city of Chofu in the Tamagawadai area for this project, thus leading to the place's name “Den-en-chofu”.

The House of Okawa is a completely Western-style residence, which was rare at the time. There are no tatami-matted rooms inside. Instead, sofas, telephones, chandeliers, dining cabinets, ovens, and other Western-style furniture can be found. This, too, was almost unheard of at the time.

Try comparing it with the House of Kunio Mayekawa, a nearby home that combines Western modernism and Japanese design.

Kunio Mayekawa is known as the spearhead of Japanese modernist architecture. During the second World War, he designed this house under the limitations of restricted building size and construction materials. At first glance, the building seems to be full of traditional Japanese elements with its natural wood colors, big kirizuma (gable) roof, and the egress window on the second floor. But upon entering the building, the open-plan living space, maisonette design, and even the elegant furniture designed by Mayekawa himself have a contemporary look and feel.

If you are hungry and tired, the House of Georg de Lalande in the picture below offers a grand yet inexpensive dining environment.

This lovely European villa was built during the Meiji era by the German architect Georg de Lalande for the meteorologist Kitao Jiro. Georg de Lalande also designed the famous Weathercock House in Kobe and the Japanese General Government Palace in South Korea, which was demolished in 1995. Kaiun Mishima, the founder of the nation-famous beverage Calpis, later lived in this house.

There is a retro and elegant café inside, where you can enjoy beef risotto and organic coffee, or perhaps a bottle of German beer.

Next is the Residence of Hachirouemon Mitsui, a stylish Japanese-style mansion where the Mitsui zaibatsu (financial clique) family lived. After entering the mansion, you will see all kinds of wall paintings comparable to palaces belonging to the daimyo (Japanese feudal lords), gold fittings,  and even Western furniture and a large modern kitchen. Floor plans of the mansions owned by the Mitsui family across Japan are also exhibited, showing the wealth of the Mitsui family as one of the four major zaibatsu in Japan.

Below is another Japanese-style mansion located in the Center Zone, which looks quite plain when compared to the Mitsui residence. The original owner was Korekiyo Takahashi, who taught at several prep schools for the University of Tokyo before joining the government. He served as the head of the Bank of Japan and the Ministry of Finance, and eventually became the 20th Prime Minister of Japan. His students included Tatsuno Kingo, known as “The King of Meiji Architecture”; Akiyama Saneyuki, the navy strategist that defeated the Russian fleet in the Russo-Japanese War; and Masaoka Shiki, who was one of the first to reform haiku (a form of Japanese poetry).

Unfortunately, he angered the military while he was the Minister of Finance, as he advocated disarmament and reduction of the defense budget. This resulted in his assassination at this mansion by rebelling military officers on February 26, 1936.

The small building pictured below used to be a koban (police box) during the Meiji era. Koban is the smallest organizational unit in the Japanese police department, and usually only one or two patrolmen are stationed there for the security of the neighboring town. There are a few tables, chairs, and beds inside the koban, with no holding cells.

Lastly, there is a street in the East Zone with houses full of Showa elements and a public bathhouse named "Kodakara Yu" at its end. There are also rows of old Western-style buildings, which are a mix of commercial and residential. All the buildings relocated onto this street are from different parts of Japan, but seem to be built in the same period.

Interestingly, if you knock on the building walls or take a look around the back, you will realize that these structures are actually built out of wood! Although the exterior is coated with a layer of mortar or thin aluminum, these are essentially traditional Japanese townhouses. Also, note that even though the buildings were constructed in the same era and influenced by the same culture, buildings with the same function still have various styles and appearances based on the region they came from!

These kinds of buildings first emerged after the Great Kanto Earthquake in 1923. As a result of the damage done by the big fires during the earthquakes, wooden buildings constructed afterwards were coated with refractory materials such as copper plates and mortars. These materials were also used to decorate the facades of the building. Commercial buildings that used the facades as store features, such as billboards for attracting customers, were named "billboard architecture" by the current museum curator Terunobu Fujimori.

The katsuobushi (skipjack tuna) store in the picture below is one of the exceptions in that it has maintained its traditional Japanese exterior. But at the corner of the entrance, there is a booth covered in tiles with the word "cigarette" written in English, which is a small but interesting contrast.

The image below is of the classic sento (public bathhouse), Kodakara Yu. The large shrine-like roofs are quite impressive. It is believed that sento was originally part of the Buddhism bathing ritual introduced to Japan, so perhaps the reason why sento buildings are usually designed like this is due to its religious origins.

In addition to the Mt. Fuji mural on the walls, which is a fairly typical feature of Japanese bathhouses, the wall in front of the faucet also has paintings of folklore familiar to the Japanese, including Minamoto no Yoshitsune and the Monkey-Crab Battle.

The above has been an introduction to several fascinating buildings in the Edo-Tokyo Open Air Architectural Museum. Those who love photography, history, and architecture should definitely pay a visit to this museum in Koganei Park the next time you are in Tokyo!