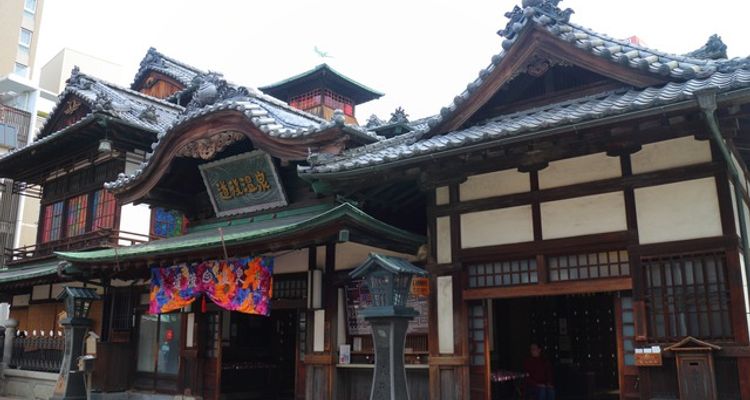 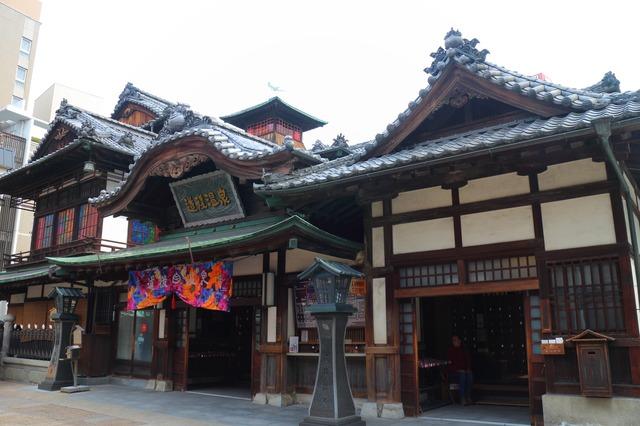 DOGO ART 2015: The Collaboration of the Japan’s Oldest Hot Spring and Contemporary Art in Ehime

If you love traditional Japanese onsen atmosphere and contemporary art, head to Dogo Onsen where DOGO ART 2015, an art festival, is in session. Dogo Onsen is the Japan’s oldest hot spring on record in the city of Matsuyama, Ehime prefecture. Dogo Art 2015 is held after its inaugural festival in 2014 celebrating the 120th anniversary of the reconstructed main public bathing house, Dogo Onsen Honkan.

This year, they are collaborating with an artist, Mika Ninagwa, from May 1st 2015 until February 29th 2016. Ninagawa is well-known for her lush colorful works including photos and films: Sakuran (2007) and Helter Skelter (2012).

Some accommodations and areas in Matsuyama are transformed into galleries which allow visitors to experience firsthand art designed by top artists including Ninagawa. A gate with lanterns printed with Ninagawa’s flower photos welcome the visitors at the main entrance of Dogo Shopping Street. The Dogo Onsen Honkan or main public bathing house reportedly inspired Hayao Miyazaki’s anime Spirited away. The windows of the north and the west part of the old wooden building are decorated with her works and the south part is projected with light installation at night. Noren, a kind of curtain, printed with her colorful flower picture welcomes you at the main entrance. Pictures of camellia decorate the walls of Tokonoma, an alcove in a Japanese room, in two lobby areas on the second floor of the bath house. Camellia is a symbol of the city of Matsuyama. The entrance of Tsubaki no Yu, another public bathing house, is also adorned with her camellia photo-printed noren.

“HOTEL HORIZONTAL” is a part of exhibition in collaboration with some hotels in the area. Hotel rooms or facilities are transformed into galleries. You can visit those rooms for a fee of 1,080yen, or even stay overnight.

A guest room of Yamatoya Honten hotel features her cherry blossom photos taken at the Sumida River in Tokyo.

The lobby area of the hotel is also adorned by lamp shades with her photos during the festival.

A room in Dogo Prince Hotel is transformed into glamourous installation with her vivid camellia photos. Bed linens are also printed with her works. At the restaurant of Chaharu, “La Cuisine Japnaise Hari (玻瑠),” two private rooms are converted to galleries. Exhibition can be enjoyed only by the restaurant guests during its opening hours. During the afternoon tea time, they serve time-limited tea set themed at Ninagawa’s work as well. At the bridal corner on the third floor in Hanayuzuki, they display a wedding dress directed by Ninagawa. She is renowned worldwide in fashion and commercial graphic industries and recently announced her own wedding dress line with her iconic flower patterns.

Also, you can enjoy some works from HOTEL HORIZONTAL 2014, a part of Dogo Onsen Art 2014- works of collaboration with several artists of various mediums. A three-dimensional room in a Dogo Prince Hotel looks like a two-dimensional picture. Whole room is painted by Makoto Tanijiri, an architect. You would feel as if you were a part of a picture.

Two patterns of yukata are rented at Dogo Onsen Honkan and 13 hotels in the area from the end of July 2015 to August 31st 2016: one with a motif of spray mum and another with a camellia. Rental charge at hotels costs 2,160yen. A tram in the city of Matsuyama is also adorned with her colorful flowers until February 29th 2016. This tram car serves between the stations in downtown and Dogo Onsen.

Venue: Dogo Onsen Honkan and specific facilities in the area