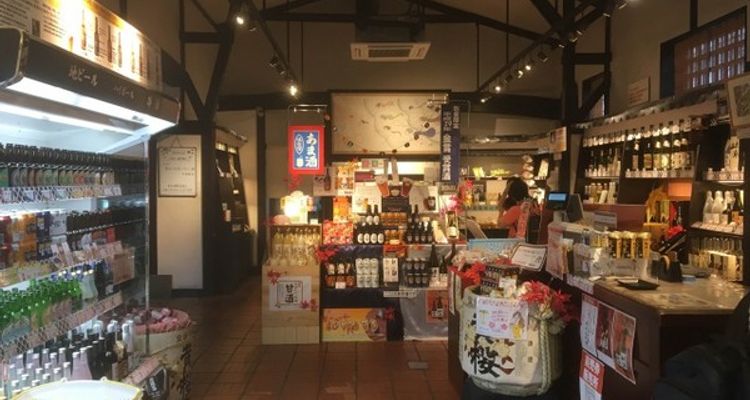 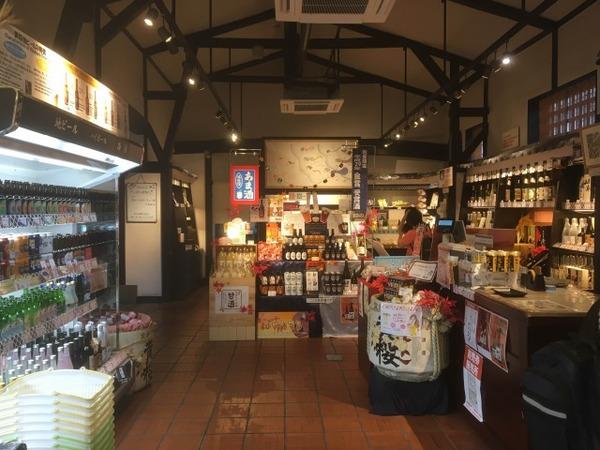 Lately, Kyoto has been producing wine and craft beer, but did you know that it also has many sake (a type of Japanese alcohol) breweries as well? Local university students popped into Kizakura - a brewery that's famous nationwide - to get all the information for this article. Read it to learn more about the charm and appeal of sake!

Kizakura is a creative sake maker that has released many hit products in the market. They operate based on their two philosophies, which are "creative ideas" and "novel behavior". They stick by the motto of creating sake that anyone can love while retaining the good parts of traditional sake brewing.

They’re famous for using the Kappa, one of Japan’s traditional mythical creatures, in their commercials. These commercials are extremely well-known to the point where there are more than a few Japanese people who would say, “Kizakura and Kappas go hand in hand".

The enterprise entered the local beer industry as soon as it could and helped contribute to the revitalization of the area. Some iconic spots in Fushimi include Kizakura Kappa Country, which is a joint-established museum and restaurant where you can drink local beer, and Fushimi-Gura - a place where you can see local beer and Ginjo-shu (a type of high-quality sake) being made. In order to write this article, several local university students actually traversed to these two tourist spots!

Kizakura Kappa Country is a joint-established sake and local beer theme park that has restaurants, a museum, and more. The best part is that you can taste the sake and beer made by a local sake brewery. There is a wide range of sake that you can only find there, so it’s recommended for anyone who’s interested in alcohol and beer!

Located inside Kappa Country, Kizakura Bar is a Japanese-style restaurant housed in a remodeled brewery. They have an abundance of sake varieties, as well as a unique menu. It's recommended that you try the Nomikurabe Set (600 yen plus tax), which consists of 3 different sake brands that you'll only find there. The majority of their food is Japanese-style. One popular dish is the Ryoma Gozen (1,000 yen plus tax), which is a set meal that comes with dishes like sashimi and grilled fish.

Near Kizakura Bar, you'll find Beer Kobo, which has a chill, bar-like atmosphere. You can see the beer tank from their counter seats and on weekdays, you can actually watch them prepare the beer!

One of the charms of Kappa Country is that it doesn’t just have delicious sake and food. There’s also the Kizakura Museum, where you can learn about topics like the history of Kizakura and the brewing process.

There is also a Kappa library, which is quite rare even in Japan. In addition to showcasing information like the origins, history, and habitats of the legendary Kappa, which many Japanese people have been familiar with since long ago, you can also appreciate the hilarious series of Kizakura commercials that feature the Kappa.

This is the shop inside Kappa Country. They have a stock of Kizakura’s prized alcohol and local beer, beginning with the Kizakura Super Premium (8,000 yen plus tax), which is a Junmai Daiginjo-shu (a type of high-quality sake) that is only stocked once a year, so it’s incredibly rare.

What's unique about this shop is that it has many limited edition items, such as the Maiko Mini Taru (1,455 yen plus tax), which is a Junmai-shu (made without added alcohol or sugar) that you can only find in Kyoto.

Recommended from among these is the Yasashii Komekoji Amazake (750 yen plus tax). This non-alcoholic amazake (sweet sake) is known for its gentle scent and smooth texture. It does not have any added sugar, but the natural sweetness makes it a delicious drink.

A Factory Tour of Fushimi-Gura!

Fushimi-Gura is a new hotspot in Fushimi that opened in 2016. It’s a facility where you can tour both a sake brewery and a beer brewery.

The explainer video inside the facility has both English and Chinese subtitles, so even visitors from overseas can enjoy the tour.

What’s more, if you download their exclusive app, you can hear the explanation via your smartphone in places where you see the mark pictured above.

Fushimi-Gura has 5 floors altogether. The regular route takes you from the entrance at the 1st floor to the guidance theater on the 2nd floor. At the theater, you can see how Kizakura operates on a day to day basis.

When you’re finished at the theater, you should take the elevator up to the 5th floor. Here. you’ll be introduced to the various processes that go into making sake, such as producing koji (malted rice). Also, you can see the koji room, which is important for making sake. This is the only facility in Japan that is normally open to the public.

When you descend the stairs to the 4th floor, you’ll come across the beer loading line. It’s the actual site where the canned beer is filled, heat treated, and carefully inspected over and over.

The 3rd floor has a series of panels where you can learn about the history of Kizakura. You'll be thoroughly introduced to the history of the company, as well as the products they have released.

Descend the stairs and return to the 2nd floor to view the beer brewery. You can see the workers who operate the beer brewing equipment and fermentation tanks.

Once the factory tour is over, you can go to the restaurant and the gift shop and enjoy your fill of freshly-made beer. There’s also a sampling corner where you can taste almost all of Kizakura’s products.

To get to Fushimi-Gura, you can use the free shuttle bus. There is one bus every hour (from 10:00 AM - 4:15 PM) that takes you from Chushojima Station to the Kappa Country Bus stop. Be sure to make use of it if you ever visit Fushimi-Gura!

If you’re interested, you should definitely visit this place at least once and see it for yourself!